The Lyrics Of Recent No. 1 Singles Average A Third Grade Reading Level According To Study


Though nobody considers hit radio singles to be the most intelligent form of music, a recent study by Andrew Powell-Morse aims to show exactly how dumbed down the last decade’s chart-toppers can be.

Powell-Morse formulaically analyzed the reading levels for 225 songs that spent at least three weeks atop Billboard’s Pop, Country, Rock and Hip-Hop song charts and the statistics are beyond surprising.

In the end, hit songs from each of the genres studied contain lyrics written, on average, at about a third-grade reading level. Worse yet, the reading level only seems to be dropping lower. 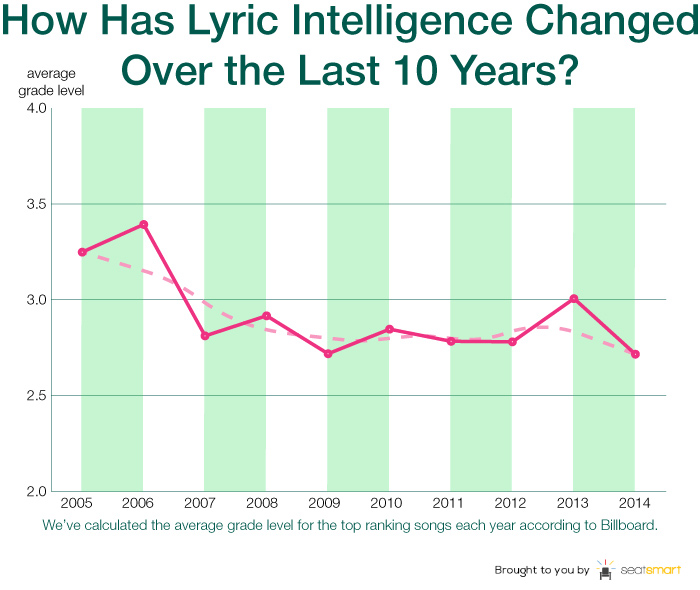 While no real correlation between gender was found, significant differences between genres exist.

Here is the average US reading level by grade for each respective genre: 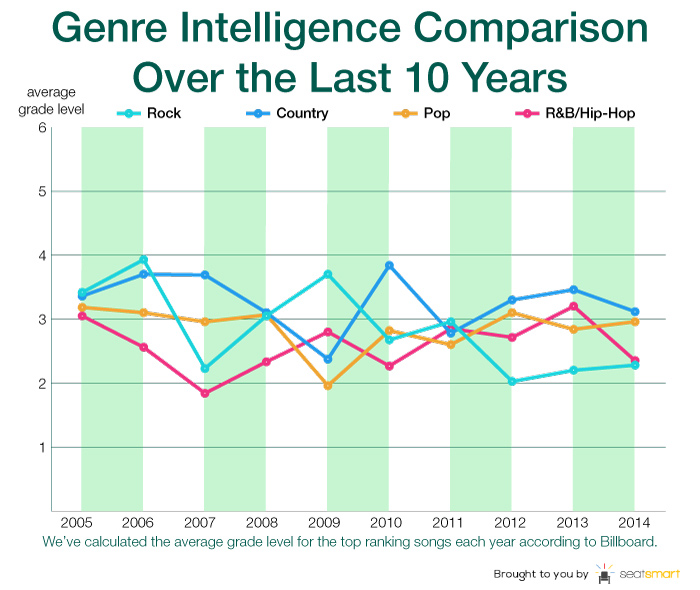 The study then compared the average grade level of popular artists in each genre with the average word count per song.

Perhaps surprisingly, Nickelback's lyrics have a significantly higher reading level (3.3) than those of Foo Fighters (2.62).

Check out the graphs comparing top artists from each genre below. 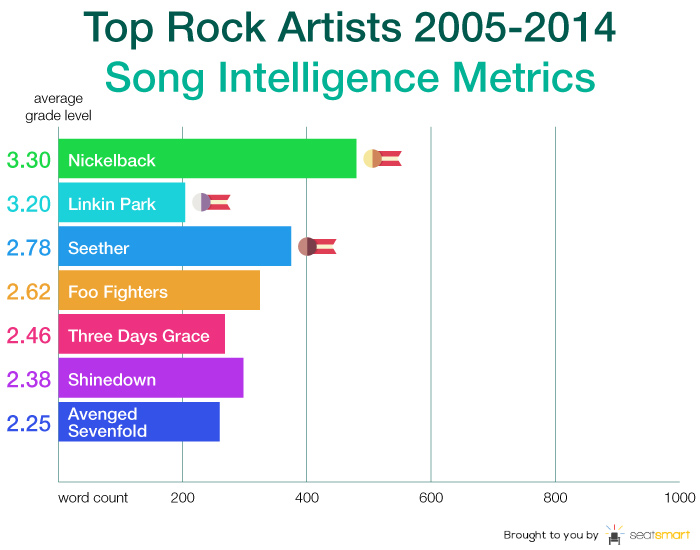 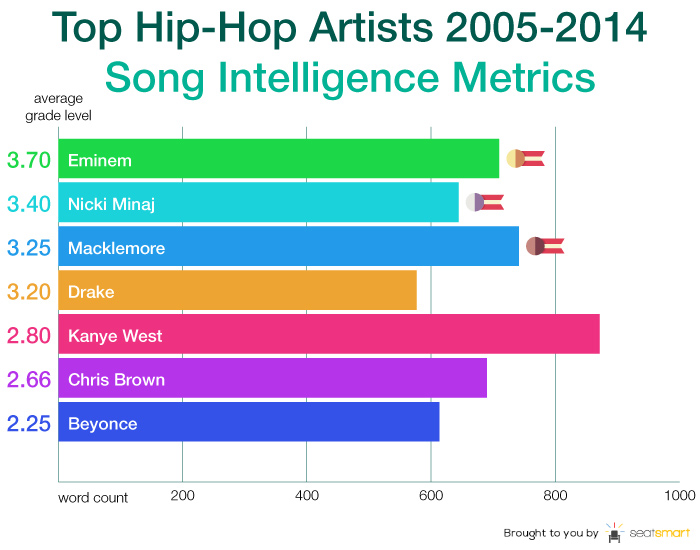 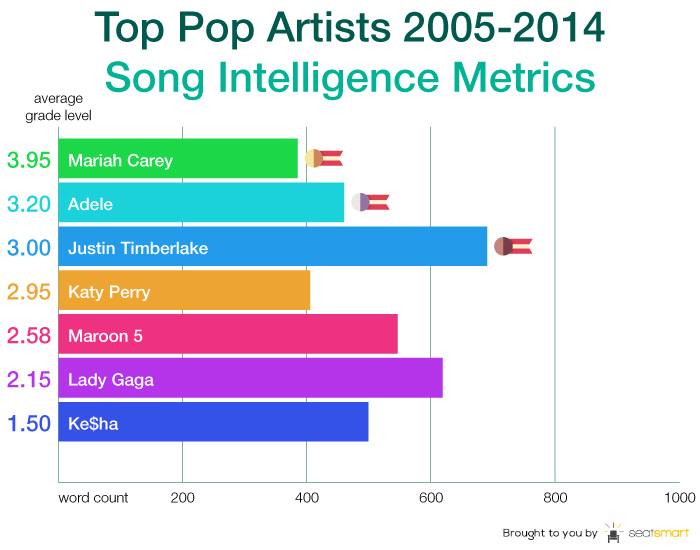 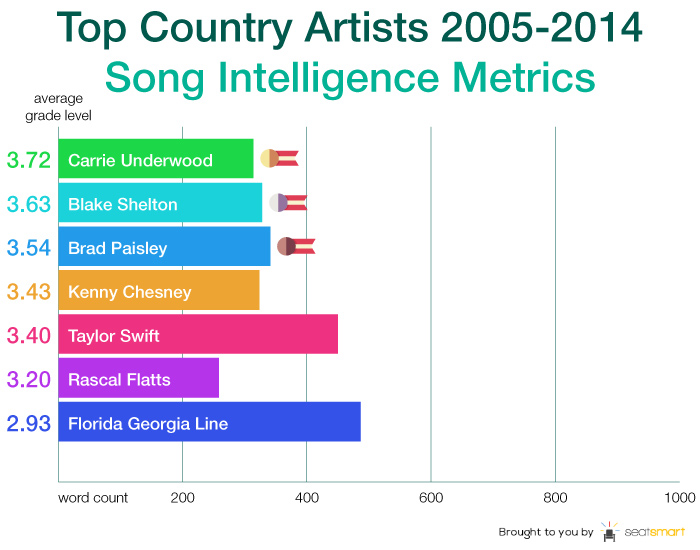