There was a pure, collective excitement about White Denim at Metro that I haven't felt in a good long time.  With so many regular contributors to this site in attendance, I asked a few of them to contribute short thoughts to our "team coverage", while I chime in with my thoughts of my own below.

White Denim is too often pegged as simply another psych-rock band. In truth, their sound is incomparable to any other band I can think of. From the delicate, impossibly trippy “Street Joy” to the blistering shuffle of “Come Back,” the music always carried an intensity that didn’t simply rely on guitar pedals and high volumes. Over a course of a few minutes these guys can remind me of Phish, My Morning Jacket, Meat Puppets and Grizzly Bear, yet the music is always unmistakably their own. The set list kept energy high, with flawless transitions often linking the songs, and the performances were nothing short of stunning. There’s only one White Denim out there, and they’re a band you don’t want to miss.

White Denim is making the case that they are the best live rock band in the world right now. From the opening notes of "Pretty Green" through the encore of "All You Really Have to Do" >"Mess Your Hair Up", the band tore through their catalog relentlessly, coming up only occasionally for air. Perhaps the biggest change from their fall run --  which consisted of short opening sets for Tame Impala and straight forward run-throughs of their new tunes on promotional gigs -- was the blending together of old and new songs that tied the catalog together in new and  innovative ways .

"At Night In Dreams" > "Mirrored In Reverse" >"Drug" seamlessly joined songs from three different albums in most brilliant fashion. Even the stand alone Corsicana Lemonade songs were reworked and treated to some additional fireworks that made each new song more enjoyable than the album versions. Seeing them twice on the D tour led me to wonder out loud if this band could possibly get any better and tighter. This gig answered that question with a resounding “Hell, yes!”

What we've got here is a clear example of a band setting an extremely high bar, and then going out to deliberately exceed that bar in nearly every respect. 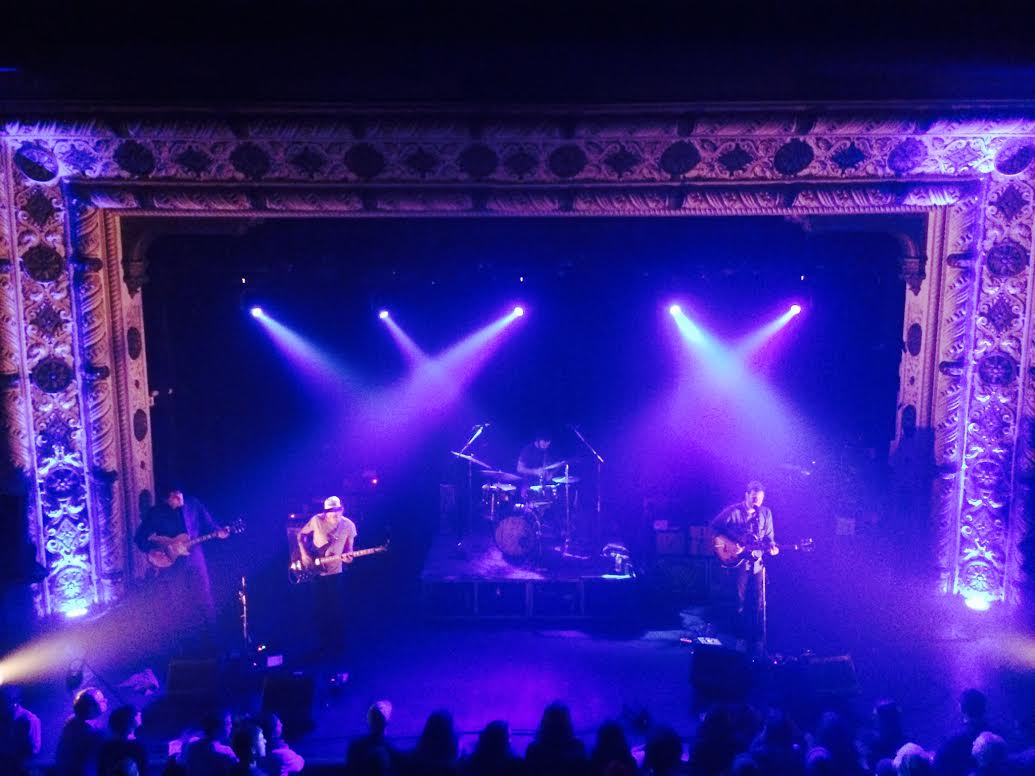 Where the last time I saw WD perform, I heard evidence of classic rock bubble up through their effortless Austin cool, heavy Zeppelin and Allmans style riffs abound. This time it was -- gulp -- a ride propelled with a bit of jamband fuel.

Hearing Alex make the comparison to Phish emboldens me.  Not that White Denim sounds like Phish, but like Phish, nobody else could possibly sound like them. 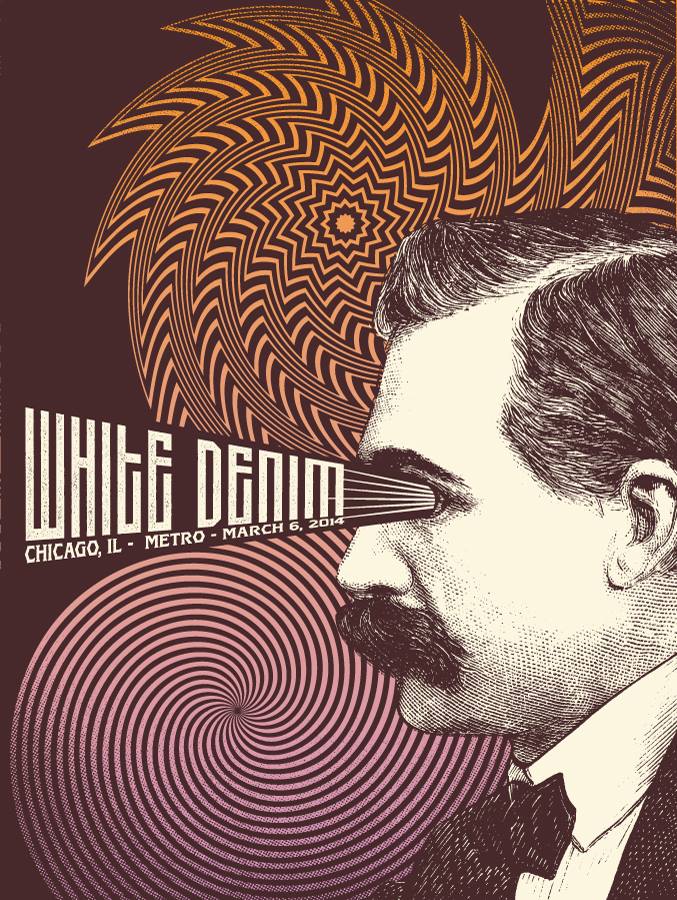 White Denim find a perfect combination of intensity and novelty -- crafting transitional passages that are not long, but oh-so intense. That's they way Phish operated in the early 90s, exploratory but within some bounds.  Both bands committing to improvise like a jamband, but somehow transcending the notion.

It is a unique guitar oriented sound, with James Petralli and Austin Jenkins' parts blended and layered with a ton of bad-ass effects. Granted, it was all they could do to keep up with Josh Block's drums, which propelled the music ever forward, and guided both guitarists as well as bassist Steve Terebecki into some of the night's more unexpected musical places.

Where October's under-attended radio gig at Reggie's felt like something cozy and special. a lucky glimpse at supernatural talent playing in a living room. On this night at the Metro, it felt like a true showcase for what this band can do. In these type of clubs, in headlining spots is where they can thrive, honing their craft, and committed to explore, I suppose they touch on stuff that even surprises themselves.

Of course, 22 years ago Phish played that same room, and it leads me to project...  In a couple years, with 100 songs in their repertoire, leaving a trail of dropped jaws and the all-killer-no-filler mentality they brought on this tour, White Denim can easily cross the threshold from pure excitement to absolute rapture.

Setlist:
Pretty Green
Corsicana Lemonade
River To Consider
Come Back
At The Farm
A Place To Start
Anvil Everything
I Changed My Mind
I Start To Run
Regina Holding Hands
Distant Relative Salute
It’s Him
Keys
At Night In Dreams
Mirrored & Reversed
Drug
Bess St
Shake Shake Shake
Limited By Stature
Cheer Up/ Blues Ending
Street Joy
Radio Milk How Can You Stand It
Encore:
All You Really Have To Do
Mess Your Hair Up