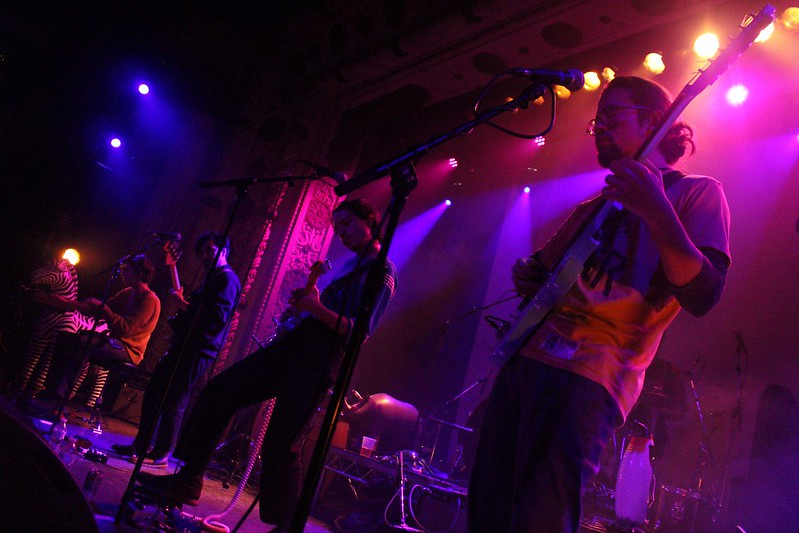 Can a band have contradictory influences?

Let's say a band has got a DIY, carefree punk side... the last thing you'd also expect to hear complementing it is the mellow 70’s pop of Paul McCartney or Steely Dan. Well, that's what's up with Post Animal, who spent an enjoyable evening in Chicago Metro earlier this month.

They marry these influences well -- the heavy side isn’t too chaotic, and the sleek side isn’t too cheesy. It's been fuel for a major upward trajectory; from starting a touring career just two years ago to packing the Metro on a December Saturday. 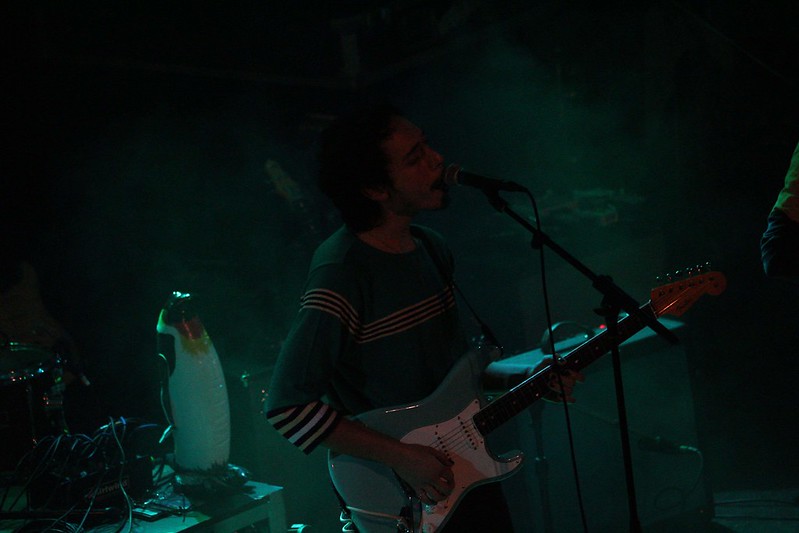 The young audience immediately started moshing once the first song started. “Gelatin Mode” touches on all of the elements of the Post Animal sound -- hooky, anthemic garage rock and intense psychedelia. Moments of Pink Floyd drip away into Thee Oh See’s inspired aggression.

The Metro staff could do little to contain the crowd surfing and resigned themselves to just throw out water bottles to the thirsty masses. My upper balcony spot was perfect, as it wasn’t too crowded and I could view both Post Animal's whole show and the kids losing their marbles. 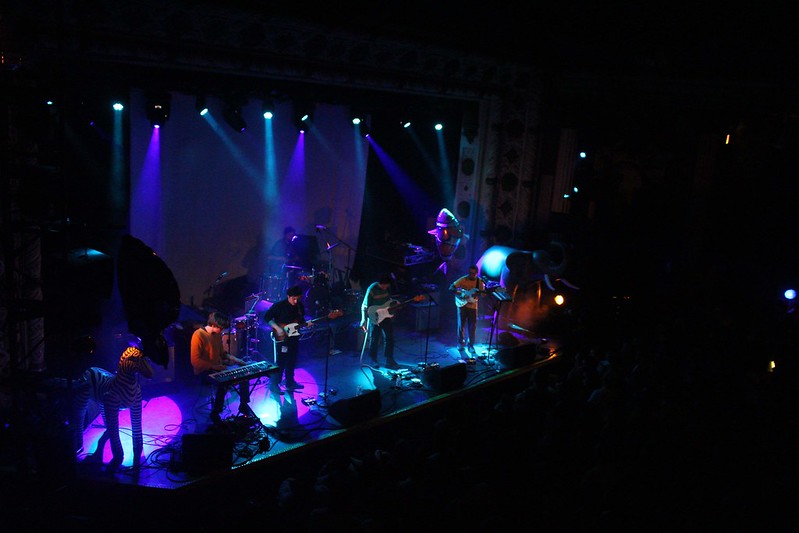 The set itself was very well formulated. After a long sequence of short, well-known rockers, they busted out an older song that contained nearly fifteen minutes of scattered, compositional technical badassery.

Even with all the instrumental acrobatics, the songs are really just catchy as hell.

Bassist Dalton Allison, who sings leads on most songs, has a pop styling to his voice that really cleans up the dirtiness of the music, most prevalent on the tune “Ralphie”. I could see this band as a good pairing with White Denim down the road. 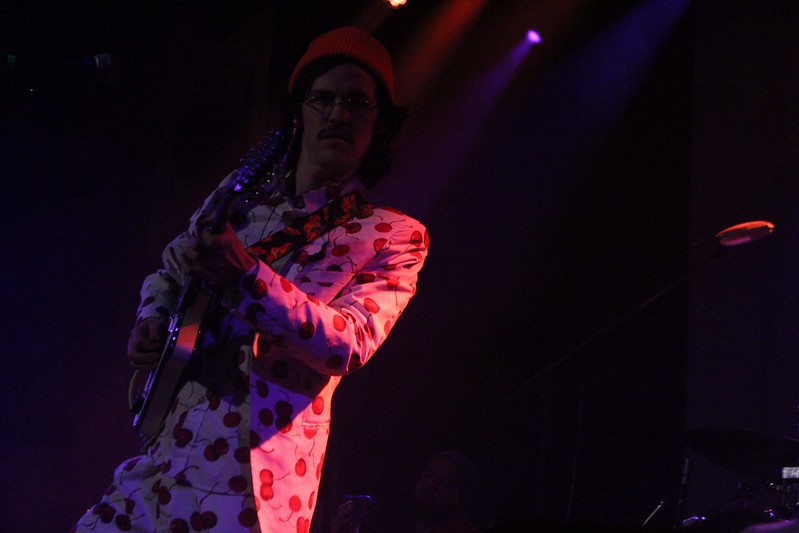 Their edginess often swings the band loose, but they always end up contained. They bring a 70s prog-refined tightness to the garage rock idiom. The rolling, bombastic drum fills of Wesley Toledo (okay... that's a great name) are strikingly reminiscent of Keith Moon. His playing has to be one of the most intriguing parts of the live show. Often a triple guitar assault could be messy, but the parts and tones are scripted enough where they lock in just right. 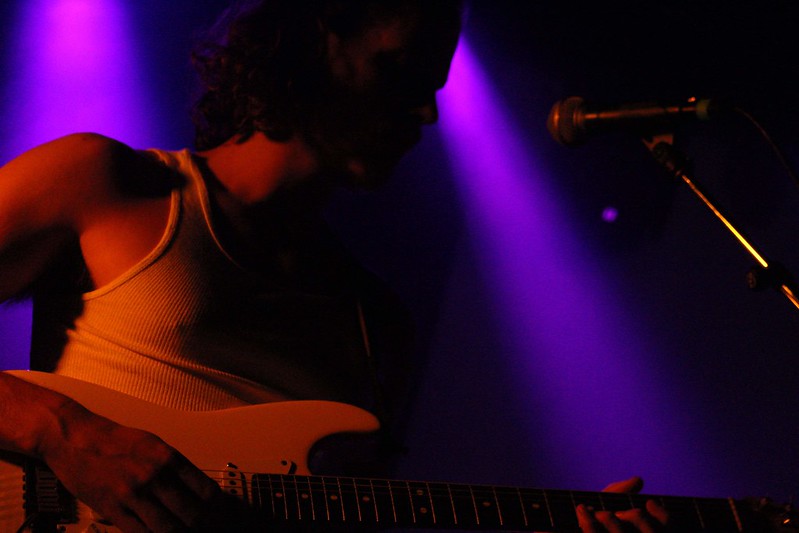 “Dirtpicker” is an obvious choice for a closer -- punk rock energy that twists and turns with harmonized guitar riffage.

The kids in the crowd got one more chance to bang into each other, while Post Animal got some of their friends from the opening act in on the crowd surfing and the vibe on stage was pure spontaneous fun, a 'how did we get here?’ moment.

These guys aren’t roots rock revivalists, but they certainly blend the influences in a way where you can clearly see the past. 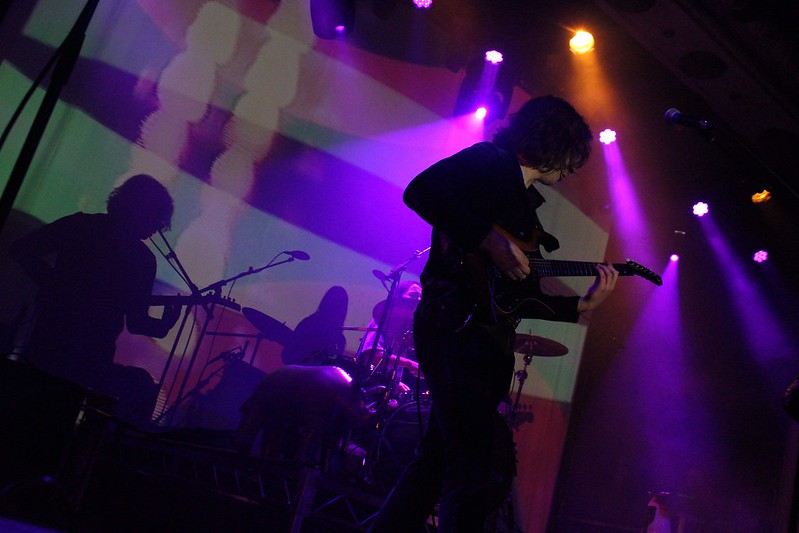 The encore was another spot on choice, the classic rock inspired sing-along, “Susie”. Paul Cherry and gang were brought out to add some harmonies, which you couldn’t hear at all, but that wasn’t really the point.

It was a throwback rock show moment that was a real positive fun cap on a night full of them. 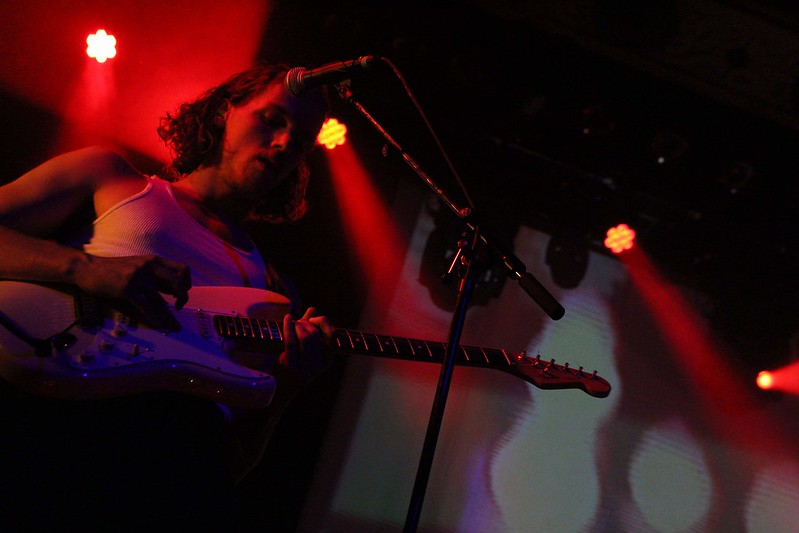 Divino Nino, Chicago mellow rockers, opened things up. These guys have been working through the DIY scene for years and its great to see them getting bigger shows and more exposure.

They pay tribute to a lot of the jazzy pop of the ’60s, but it also contains some Latin-inspired grooves and melodies throughout. There is a definite influence of Mac DeMarco, with slacker, wobbly synth lines. But you can also hear a sleepy side of the Beatles coming through.

The downtempo nature isn't a criticism. In fact, to these ears, it made the show even more engaging. They didn’t need over the top energy to inspire the crowd, just catchy songs and a tight sound. And they brought plenty to go around. 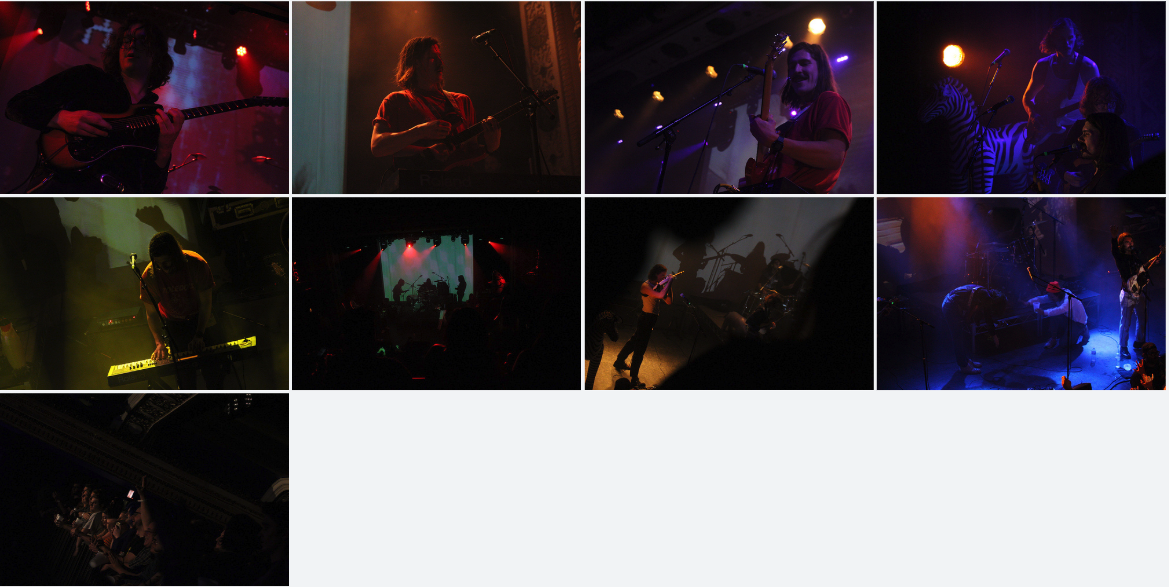