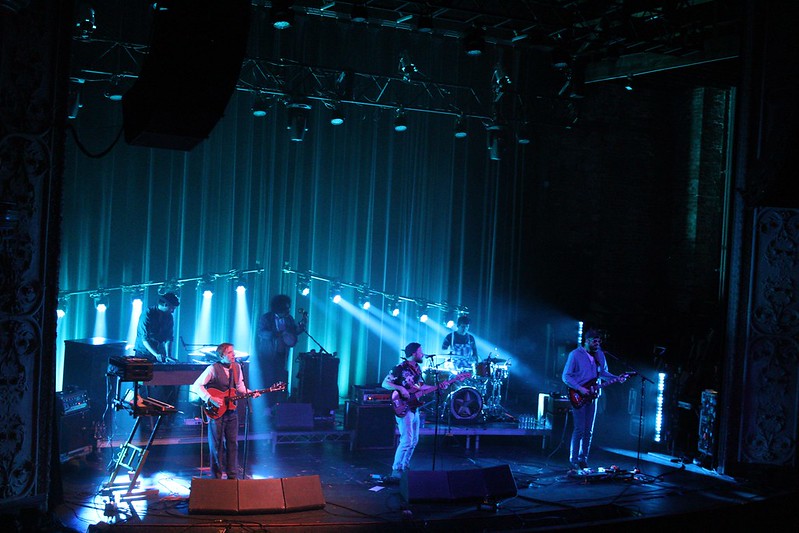 Typically, Chicagoans are able to catch Dr. Dog, the Philadelphia five-piece towards the end of a run, but their stop in Chicago this February was at the start of a longish tour.  Fortunately, the band demonstrated no signs of needed warm-up and delivered a 23 song, career-spanning show on a Wednesday night.

Selling out back to back nights at Thalia Hall is a great accomplishment for any band, especially on weeknights.   With this firmly in the minds of everybody in attendance, the show began with “Abandoned Mansion”. a mellow groove that built to a thrashing peak of three-part vocal harmonies.

The band has not released any music since 2018’s Critical Equation and recent setlists are still heavy with that material. However, the songs from that album have achieved "staple" status now, with the crowd locked in to every word, and the band adding more intensity to much of the slower and reflective material. Standouts from that album include a especially ferocious solo from Scott McMicken on “Go Out Fighting”, and Toby Leamen's existential love song “Buzzing in the Light”.

There were surprises, too.  The band busted out “The Pretender” a song off of Easy Beat. Toby remarked afterword that they hadn’t played the song in Chicago since playing at Schuba's (!) and a quick google search would put that somewhere in the 2005-2007 timeframe. Every tour, Dr. Dog will bring out different songs for an audience that eagerly anticipates cuts from their entire catalog. 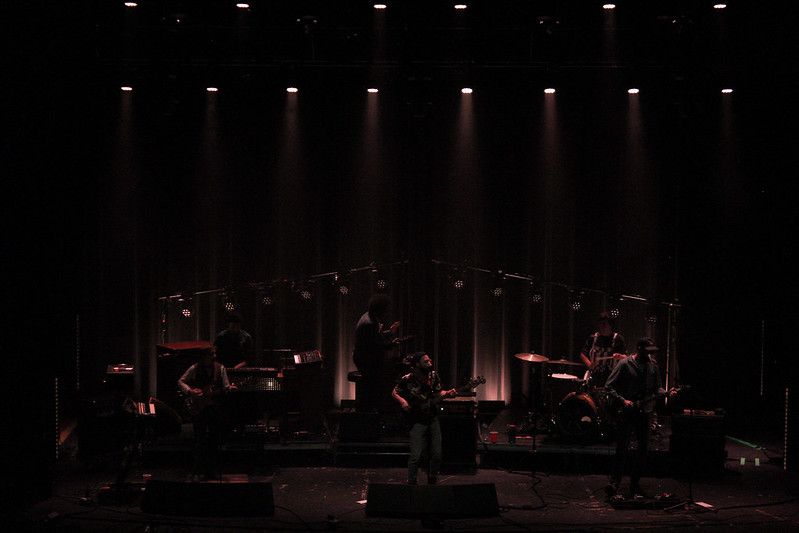 Another example of the band keeping it fresh came on ”Over Here, Over There”. Usually, the song exists within the typical rockin' Dr Dog category, but they’ve totally reworked it into a foot-stomping, Bakersfield country tune. Buck Owens would definitely approve.

Up next came “Nellie", a Toby tune about the birth of his daughter. It wouldn’t be fair to call this a singalong --  it's much more of a screamalong. The crowd almost drowned out the band on the chorus, belting out the anthemic title over and over.

The rarities continued with “I Can't Fly” off the band's debut cassette Toothbrush. This re-working really showed off the band's range, contrasting the soft verse with huge, aggressive chorus dynamics on the doo-wop styled song.

The main set closed with a couple of good questions “How Long Must I Wait?” and “Where’d All the Time Go?” -- two songs that carry the fun, tight, and downright catchy rock that gives Dr. Dog their see-em-over-and-over-again appeal.

The encore included a typically evil “The Beach” and energetic takes on “Be the Void” and “Ain’t It Strange”.

It wouldn’t be a Dr. Dog show without the back porch party of “Lonesome” closing things out with Zach Miller shredding on the gritty slide guitar. 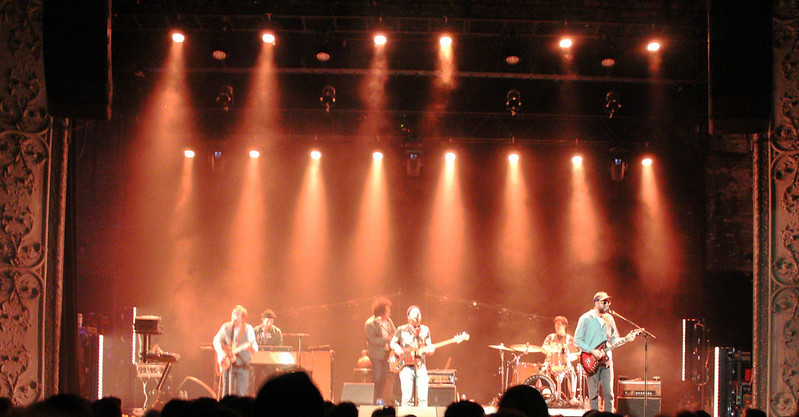 Michael Nau opened things up with his own brand of 60’s pop-rock.

Leaning more towards soft and mellow sounds and acoustic tones, it was clear he could write a solid song and stick to a thematic tone. His voice reminded me a lot of George Harrison circa All Things Must Pass.

In fact, everything about their set reminded me of that album. If you’re a fan of chilled out indie-folk, he is definitely for you.