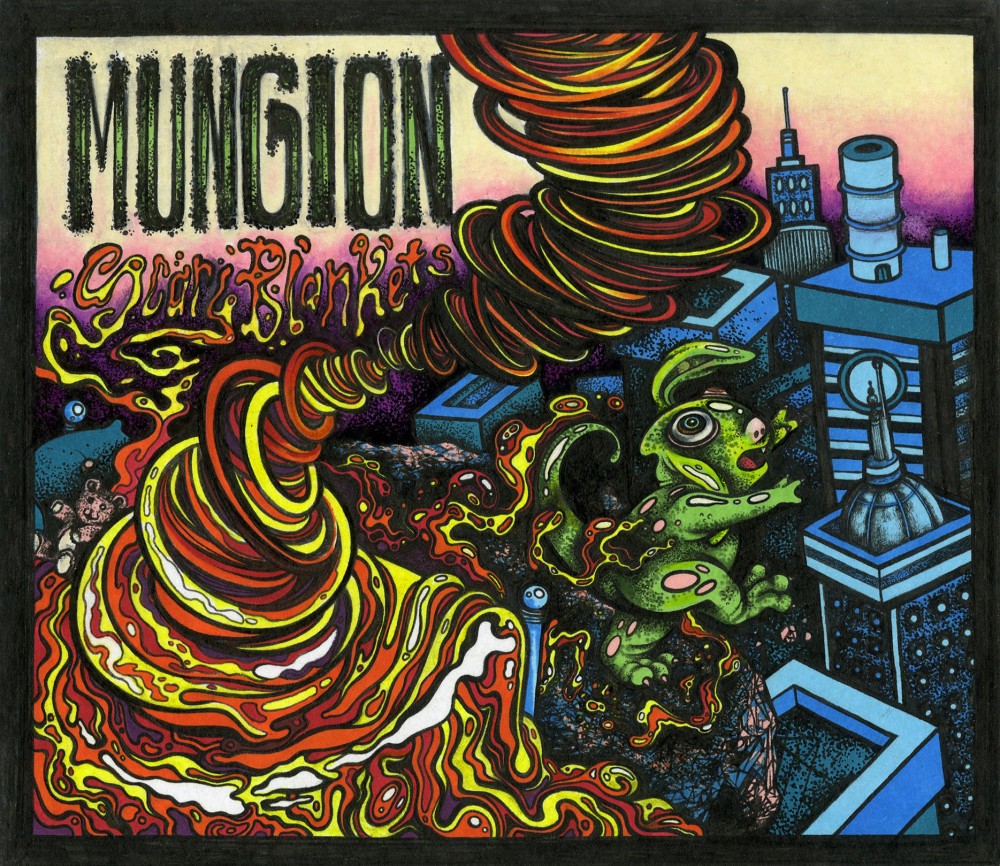 Their debut album, Scary Blankets, captures this experimentalism with an ambitious but carefully formulated set of songs that jam fans should fully embrace.

Look no further than opening track “Beneath The Shallows,” a 13-minute piece that stretches endlessly onward, constantly evolving to embrace new ideas and genres in a mind-melting blast of musicianship.

Though initially mirroring the shape-shifting sound of early Phish songs, the piece reaches a jazzy interlude of electronic keyboard, eventually building to a soaring prog-rock guitar solo -- the bassist and drummer also getting an opportunity to solo by the song’s finish.

This isn’t amateur hour. This is compositional competency from some genuine music fans.

The songs rarely stay rooted in a single genre, yet remain consistent through their continuously challenging melodies and upbeat, danceable tempos.

But the band’s dedication and reliance on the classic sound could be its only drawback, with tracks like “Schvingo” coming awfully close to songs like Phish’s “Stash.” The lyrics are silly and meaningless, the vocal delivery familiar and the instrumentalism holding close in tone to their influences, despite the stellar musicianship.

With that said, when Mungion steps out of its comfort zone to explore stranger territories, the result is excellent.

The speedy jazz of “Scrambled Legs” heavily features bassist Sean Carolan, with intentionally strange vocals that aren’t far from Les Claypool’s.  The two-and-a-half minute track a welcome burst of odd energy and a clear indication of the band members enjoying themselves in the studio.

This jazz influence seeps into “Nuthead” as well, which features goofy vocal melodies and blistering guitar riffs, the band embracing the most fun aspects of the jam scene before exploring electronics in a spacey solo section.

Even “Uncle Ron,” a short interlude featuring a recording from an answering machine, is a welcome break and hopeful indication of more adventurous directions to come from the band.

Mungion’s combined sounds and influences mold together perfectly in closer “My Darling Troll,” a funky and concise instrumental featuring keyboard and organ solos, a progressive-rock guitar freakout and shifting dynamics throughout. The song defies the often-strict confines of the scene, offering a refreshing end to the record.

In the end, the varying aspects of Mungion’s sound combine already familiar concepts of those who blazed a trail before them -- the heavy progressive riffs of Umphrey’s McGee, the clean, inventive noodling of early Phish, the classic vocal melodies of Widespread Panic, the jazzy experimentalism of Medeski, the electronic leanings of Lotus --  yet manage to sound fresh and original when combined with such vivacity.

The outstanding musicianship on Scary Blankets is enough reason to check out Mungion, and Chicagoans would be wise to keep an eye and ear on what may be one of the most promising upcoming jambands on the scene.

Mugion will be playing a Phish after-show at Tonic Room on Friday, June 24 and Scary Blankets is available through their website.