Which One-timer Phish Song Would You Like To See Played On Fall Tour?


Phish's first fall tour since 2010 kicks off today!  As always, we'll be updating the Phish Rotation Infographic after each show to give you a feel what's been played so far and what's likely to come next.

As a way to introduce (or reintroduce) this resource to folks, I thought I'd throw out a quick question for you readers based on an excerpt of its contents. Out of 360 unique songs performed by Phish since their reunion in 2009, 103 of them have been played once and only once.  Three of these came in the last three shows at Dicks; we know more will likely added to this list after the 10/31 performance in Atlantic City.

My question... which of these would you like to see get played a second time on Fall Tour?  Answer in the comments or drop us a line on twitter @thebarnpresents.

The Barn's Phish Rotation Infographic groups songs performed by Phish by number of times played since the reunion.  Songs are color coded if performed in the past four shows and marked with a hash for each performance on the current tour.  It's a fun resource to feel for what songs are "due", over-performed or under-performed.  It can be found HERE. 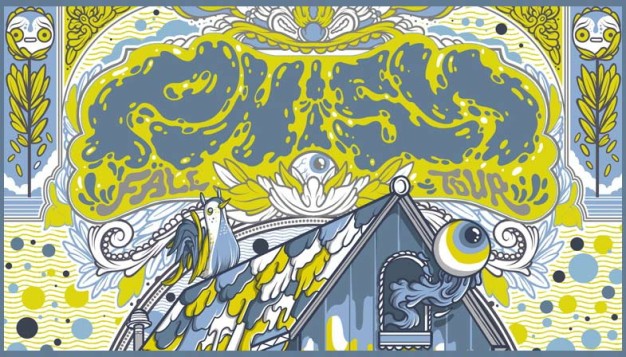