What's In A Winterlude? A Look At Four Wilco Shows In Chicago 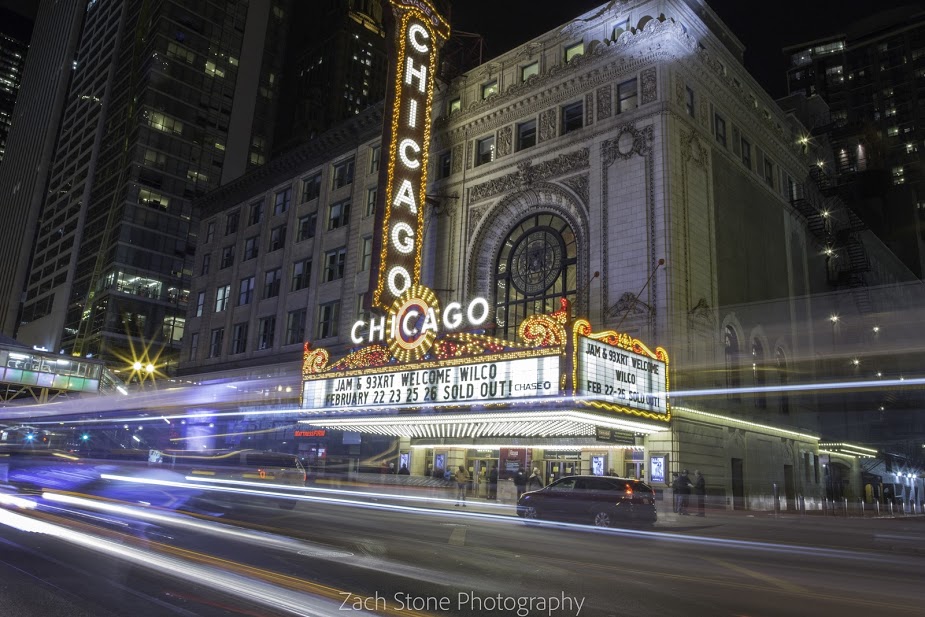 After Wilco's summer stop in at Pritzker Pavillion. I had a good long thought about the bands pure Chicago-ness.

There was plenty of Summer Lovin' from their hometown fans on that evening, but Wilco has traditionally funnelled its love of the city into a winter residency -- dubbed Winterlude -- and by Februrary another four shows, this time at the never-before-having-hosted-a-Wilco-show Chicago Theatre, were here.

But with a Winterlude comes some additional expectations.  Four shows at the same venue, with at least some repeat customers, offers a chance for the band to dig deep into their -- at this point significant -- songbook to show the range and breadth of their output.

The band both embraced and defied these expectations of the course of the run.

I put together a color-coded chart with each of the four setlists below. 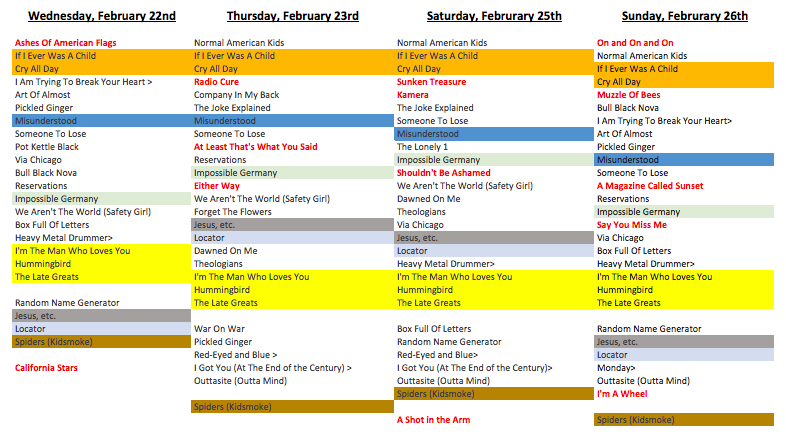 Indeed, each show had a unique songlist. with only a handful of songs (and song sequences) repeated every night -- these are highlighted with a common background color.

But each show also had from 2 to 5 completely unqiue songs as well -- these are highlighted with red text. 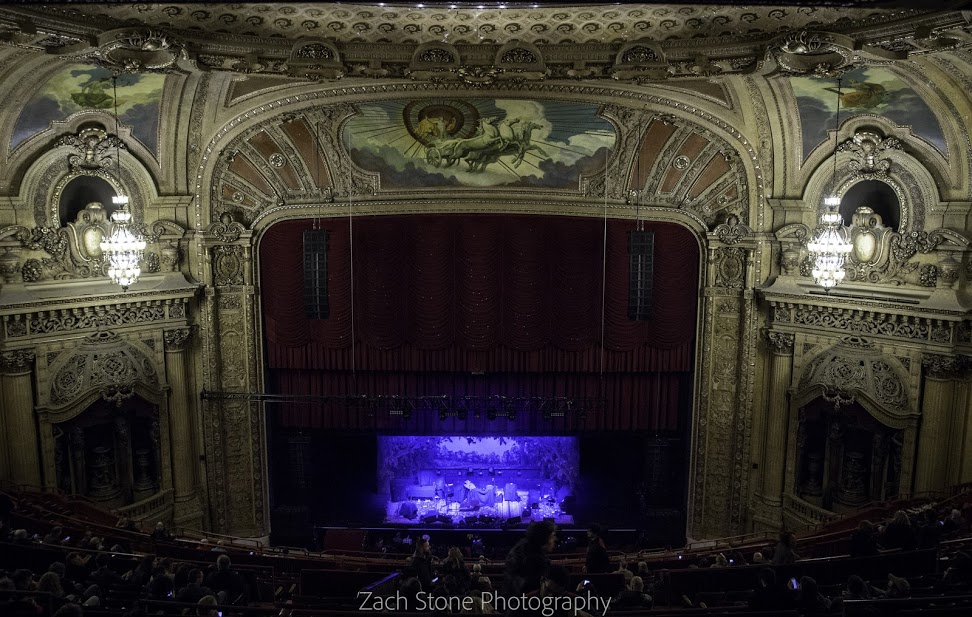 While nobody expects Wilco to go the full different-set-every-night route, there is enough variation to at least keep things interesting.  Yes, there is a contingent of greatest hits, but there were plenty of great hits that didn't see the light of day at all.

But this didn't feel like a Schmilco tour either -- the band didn't just play the latest album like many touring band will.  Jeff Tweedy and the crew have found a middle ground where show-stoppers are definitely going to see the stage (personally, I'll never get sick of "Impossible Germany"), but a few hidden gems will round out the setlists.

Tweedy even remarked on "Jesus Etc." being a setlist staple during Wedenesdays show -- and it was one tune that saw action in the heart of the set and encore across the four shows.

It's a mix for both the hardcores and the curiousity seekers, and they pull it off exceptionally. 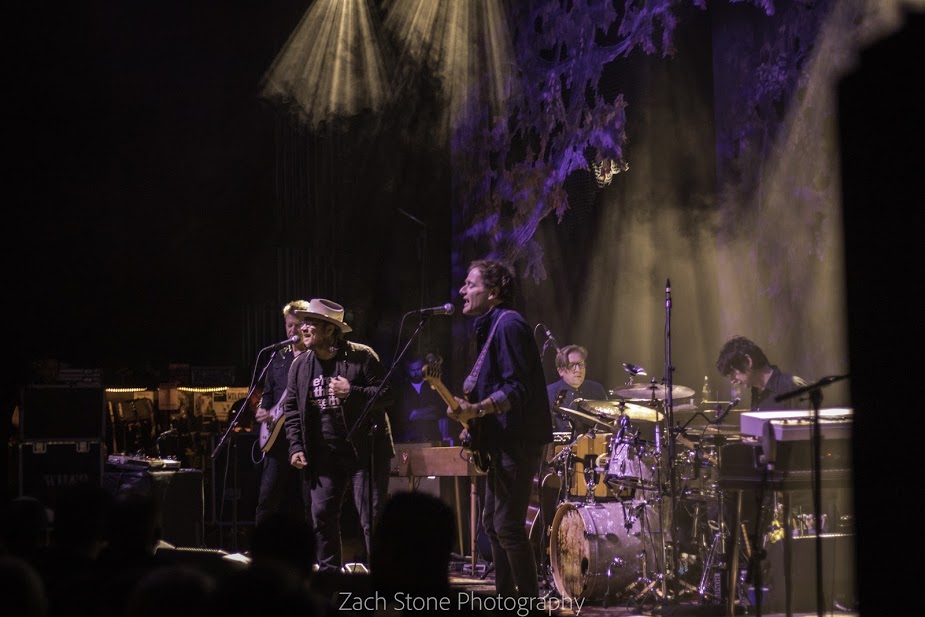 After all, despite lengthy runs in the hometown, it's the performance, not the setlist, that makes a Wilco show.

The band hadn't built themselves a a road-warrior, multi-night attraction -- but they certatinly have the live chops to showcase their oustanding studio output.  It's awesome to witness in real timek, the group traversing the cosmic pathways of their most ambitious studio work.  "Art Of Almost" and "Bull Black Nova" come fully to life in great spaces like the Chicago Theatre -- using the full capabilities of the six piece band, and not ignoring the art in art-rock.

With so much great material, they could fill four shows with a unique set -- just don't get too disappointed when they don't. 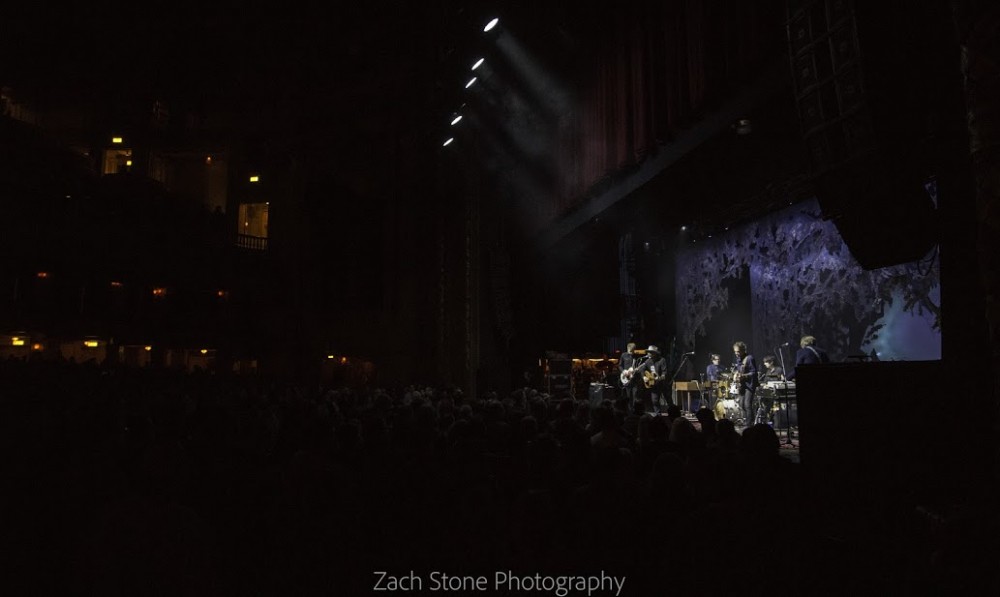 From big swinging sing-alongs to the hootenanny-style acoustic arrangements to Tweedy's between-song banter to the big, earth-shaking moments, there's plenty of variety to round out each performance.

And yes, you could catch your favorite rarity, too.

Winterlude has a little bit of everything and we wouldn't have it any other way. 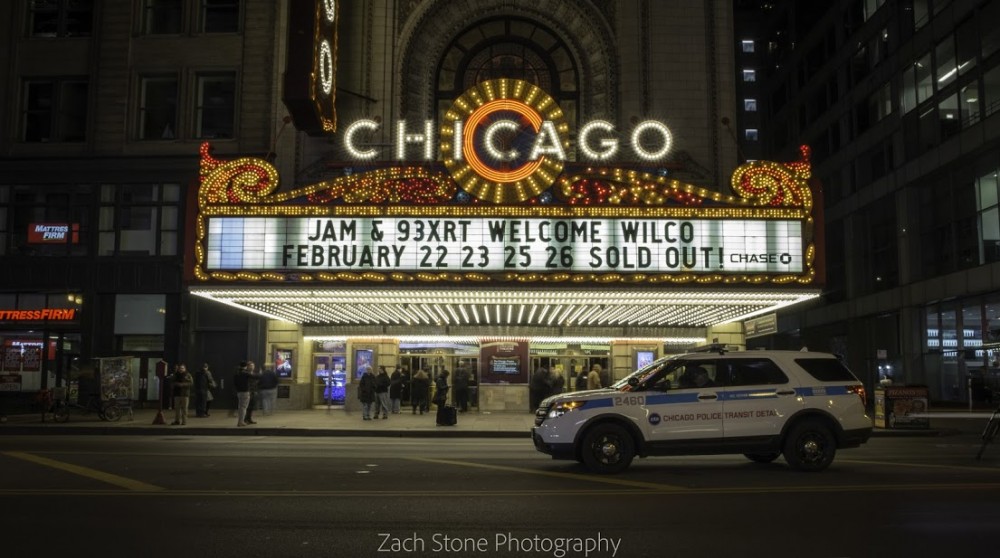