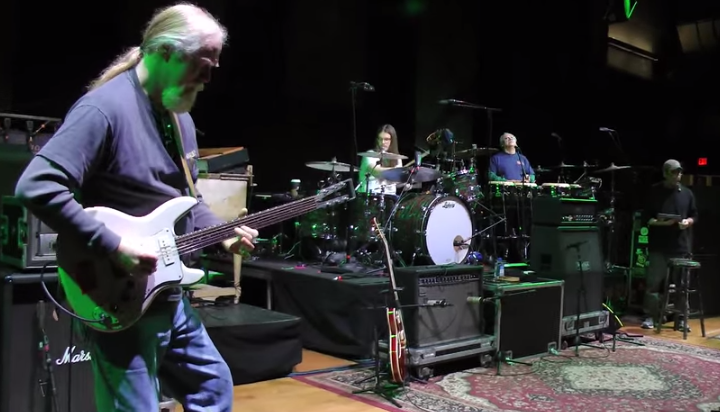 There was plenty to like, but also a few miscues at last night's Dear Jerry tribute in Maryland.  As far as the actual show, it was a mixed bag of interesting song choices, sit-ins, styles and artists.  Light on jamming but heavy on showcasing the wide variety of musicians that were inspired by Jerry Garcia.  PanicStream is offering a full audio stream if you'd like to see for yourself.

Perhaps even more newsworthy is was didn't happen.  Billed artists Greensky Bluegrass and Railroad Earth were cut because of time, while according to this stage setlist, Bruce Hornsby wasn't even scheduled to perform (?). 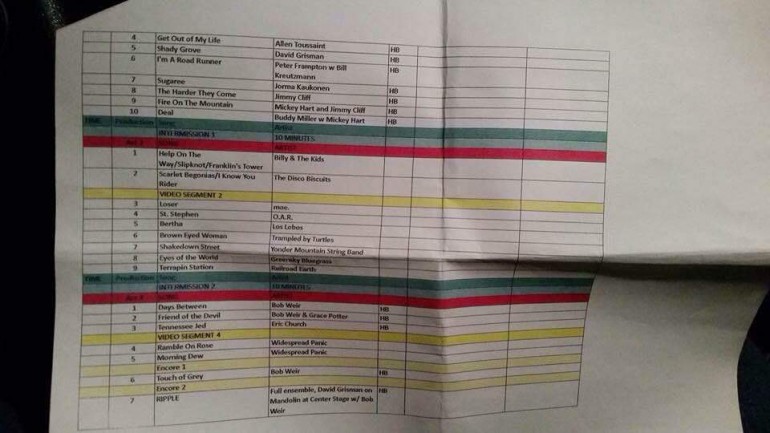 Whoa!  "Eyes of The World" and "Terrapin Station" both axed from the performance.  While both GSBG and RRE have issued appropriately disappointed, but reasonably accepting statements about the unfortunate circumstances (see below for complete text of these), there's also one other zinger.

Nobody's complaining about Widespread Panic's version of "Morning Dew" (except for maybe this guy) -- a true rarity for them -- but "Ramble On Rose" would have a debut.

Luckily, thanks to Burnthday.com and videographer Ross Attkinson, we can see a little snippet of it from soundcheck. Here's hoping it finds the stage at an upcoming WSP show.

This also gives me a good excuse to post up some video of Jimmy Herring ripping through a smoking "He's Gone" jam on Jerry's old Travis Bean guitar at a soundcheck in Spokane this past March.

And "Dew" from that same soundcheck... 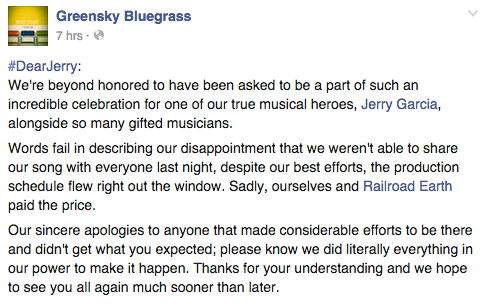 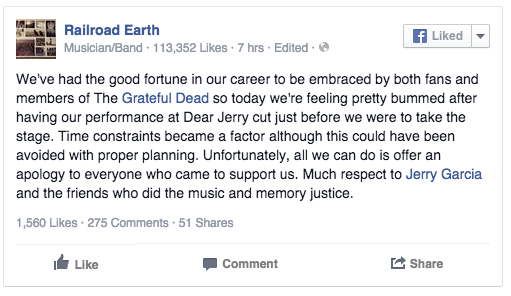 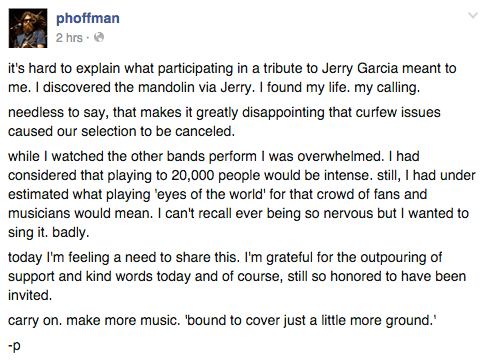