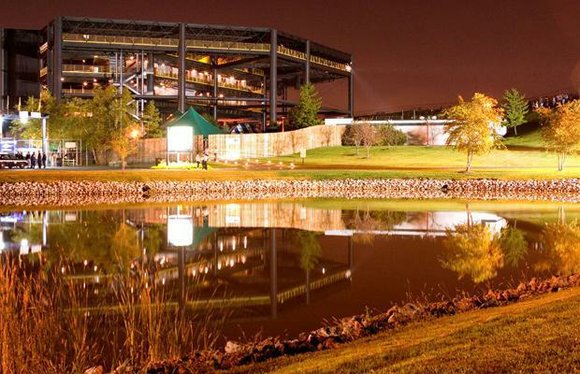 The 28,000 capacity shed celebrates its 25th anniversary this year and received it's fifth official name after Hollywood Casino acquired the naming rights, which they also did for the former "Riverport Ampitheater" outside of St. Louis.

Although generally reviled by many Chicago area music fans due to it's far south suburban location, antiseptic ambience and questionable security, it has hosted some significant events for our corner of the music world.

Over the course of it's existence, it has been known as the World, the New World, the Tweeter Center and most recently First Midwest Bank Ampitheatre. In more recent years, as LiveNation gradually calcified how shows are booked and promoted in major markets, the programming has skewed more towards "suburban friendly" pop, classic rock revivals or nu-country artists.  It draws in the neighborhood of 400,000 each season to its shows.

I'd expect more of the same now that it's Hollywood Casino Ampitheatre -- the venue will have new signage reflecting the brand and a proximate location to their gambling operations in Joliet and Aurora -- but what act(s) would get you back to Tinley Park for a show?