Umphrey's McGee welcomed special guest Bob Weir to the stage to open their second set last night at Brooklyn Bowl. They opened the set with a tune long associated with Weir and the Dead "Not Fade Away" and segued into the Umphrey's original "Glory". The show was the first of a four night stand with many more special guests and surprises promised (Hall & Oates, anyone?). 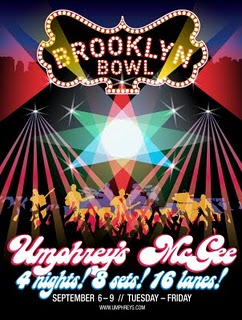