Not content conquering Chicago proper with special gigs on fall tour, two monster shows over Thanksgiving weekend and an acoustic holiday gig with Jake Cinninger at the Park West, Umphrey's McGee guitarist / vocalist played a bar gig out in the cozy bedroom community of Highwood on a December Friday night, with the proceeds going  to benefit a needy family.

To make him feel welcome, the good folks at Teddy O'Brian's (or should I say Teddie O. Brien's?) made no fewer than three spelling errors on the upcoming shows banner.

Joining him this evening was Barry Brown of Jack Straw and frequent Bayliss collaborator Mike Nolan.  The song list consisted of Umphrey's tunes smattered with some interesting covers.  Check it (via thebort.com): 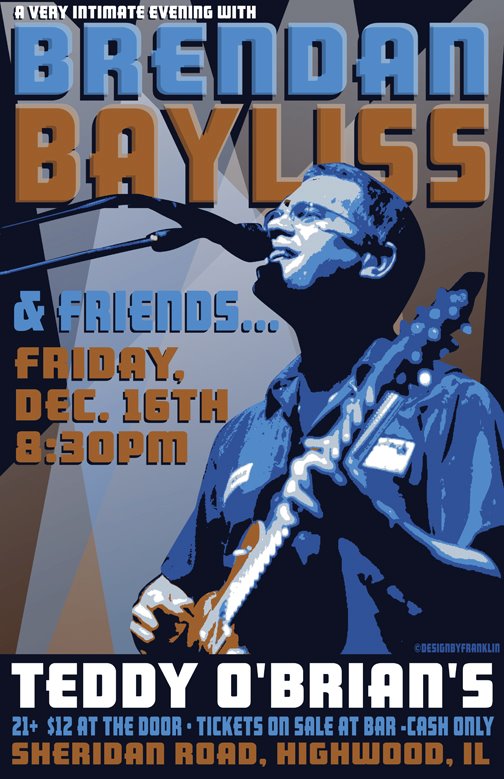