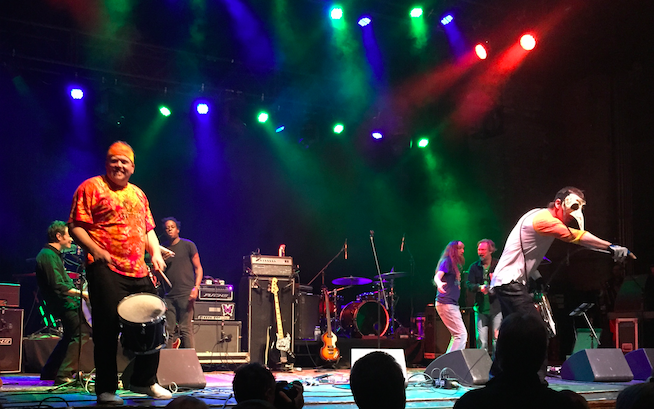 As a fan of both artists, I was really looking forward to the North Mississippi Allstars and Anders Osborne collaboration... but honestly I had no idea what to expect of this tour, dubbed NMO.

Here's what I learned on Friday night.

1. Touring with two three-piece bands, with everybody's gear fitting comfortably up on stage, has some real advantages.

Where a normal co-bill might afford a set by each band, with a short break for technical changes, and a handful of sit-ins, this gig played out like one long set. And yes, it was a long set, clocking in at nearly 3 hours and well over 30 songs.

Sure, both bands got a few little mini-sets of their own to showcase their material. The ground shook and the walls crumbled during the NMAS sequence of "Po Black Maddie" into "Skinny Woman" and the Anders Osborne Band came out swinging hard with "Pleasin' You".

But the flow of musicians on and off the stage was fluid, unpredictable and fun. While sharing the stage, Osborne and the NMAS touched tunes on the record the they made together ("Katrina" & "Kings & Peasants" were among the highlights), but also managed to dive into some other cool spaces and covers ("KC Jones").

2. The talent of these musicians allowed for a number of different looks. Like a high caliber NFL team that can push different personnel out on the field in different situations -- getting the players lined up in a variety ways to keep the opponents on their toes -- NMO traded men on and off the stage in combinations to delight the crowd.

Cody might come from behind the drums for a guitar solo that melted the paint off the walls ("ML"), or lead the six musicians through the crowd during an extended percussion jam ("Granny Do Your Dog Bite?").

You never know who'll step up to trade licks in a guitar solo. NMAS bass-man Lightnin Malcolm threw down one or two on Friday that had you wishing to see more of him on the six-string. And a song may just as likely proceed without bass altogether. Or incorporate an acoustic, or a funky, homemade two string guitar.

If you're going to jam it out for three hours, you might as well have a few ways of lining up. 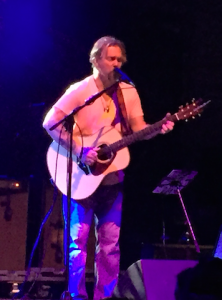 3. At the heart of this evening's program was the contrast between Luther Dickinson and Anders Osborne.

While Luther presented as a showman, Anders felt like a shaman. Dickinson was impressive in technique and style, drawing from a deep well of blues knowledge and executing flawlessly. A slippery, sexy "Rollin' & Tumblin'" early in the night set the tone. Osborne made an instant human connection with just a strum of his guitar or vocal delivery, channeling swampy New Orleans spirits along with the deep recesses of his soul. Look no further than the "Back On Dumaine" and "Junco Partner".

But when these styles meshed, as in the extended, feedback-laden coda to "On The Road To Charlie Parker", which played like a Crazy Horse version of "Down By The River", it was absolutely beautiful. It's no wonder they opted to open the show with just the two of them going toe-to-toe on "Let It Roll".

And both the flash and the substance shared an intensity, an aggression, that is rarely mainfest in music that goes down this easy. It gets the blood pumping -- slathered in hill-country boogie, but awash in humanity. It crashes down upon the audience in waves. What a feeling.

4. Man, do I love Thalia Hall. Finally a place in Chicago that treats the crowd with dignity. A perfect hybrid with the size and intimacy of a nightclub and the stage and production of a small theater. For a sold out show, there was plenty of room to move around, including outside of the main music hall if that was your bag. The bar was well stocked. Staff was friendly and encouraged patrons to have a good time. 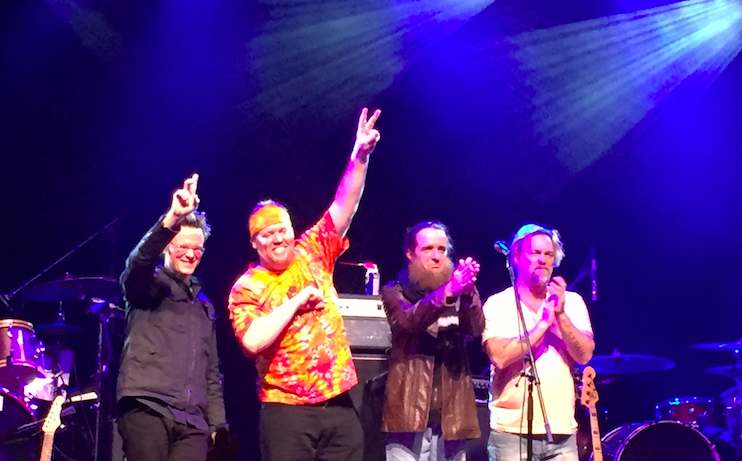 NMA: The Meeting> Back Back Train> Shimmy She Wobble> My Babe> Sittin' On Top the World, Up Over Yonder, Po Black Maddie> Skinny Woman, Rollin' & Tumblin', ML (Going Home), Granny Does Your Dog Bite?

AOB: Pleasin' You, Send Me A Friend, Back On Dumaine

NMO: Junco Pardner, Back Together, Lonely Love, Dyin' Days, Fiya Water, Katrina, Kings & Peasants, Brush Up Against You> On the Road To Charlie Parker

Encore:
Mississippi Boll Weevil> Keep the Devil Down, Mean Ol' Wind Died Down, Eagle Bird> Meet Me In The City, KC Jones(On the Road Again), Hodown, Away Way Too Long, And We Bid You Goodnight, Annabel 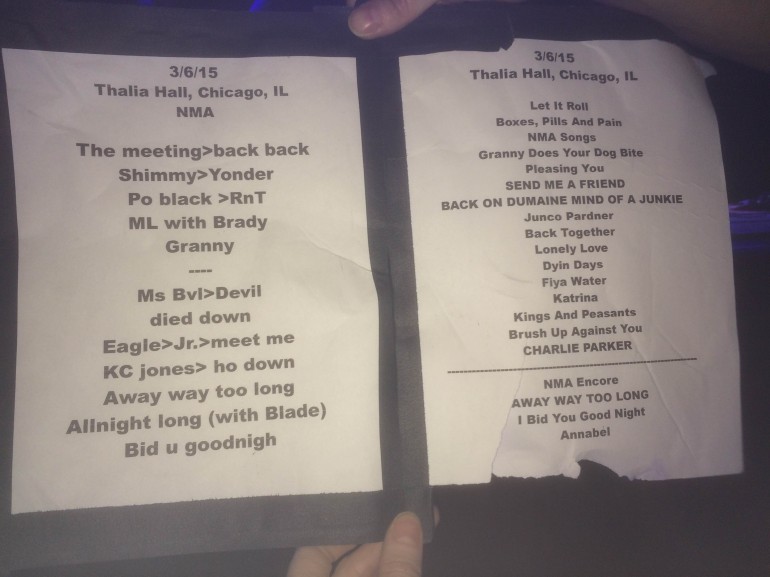