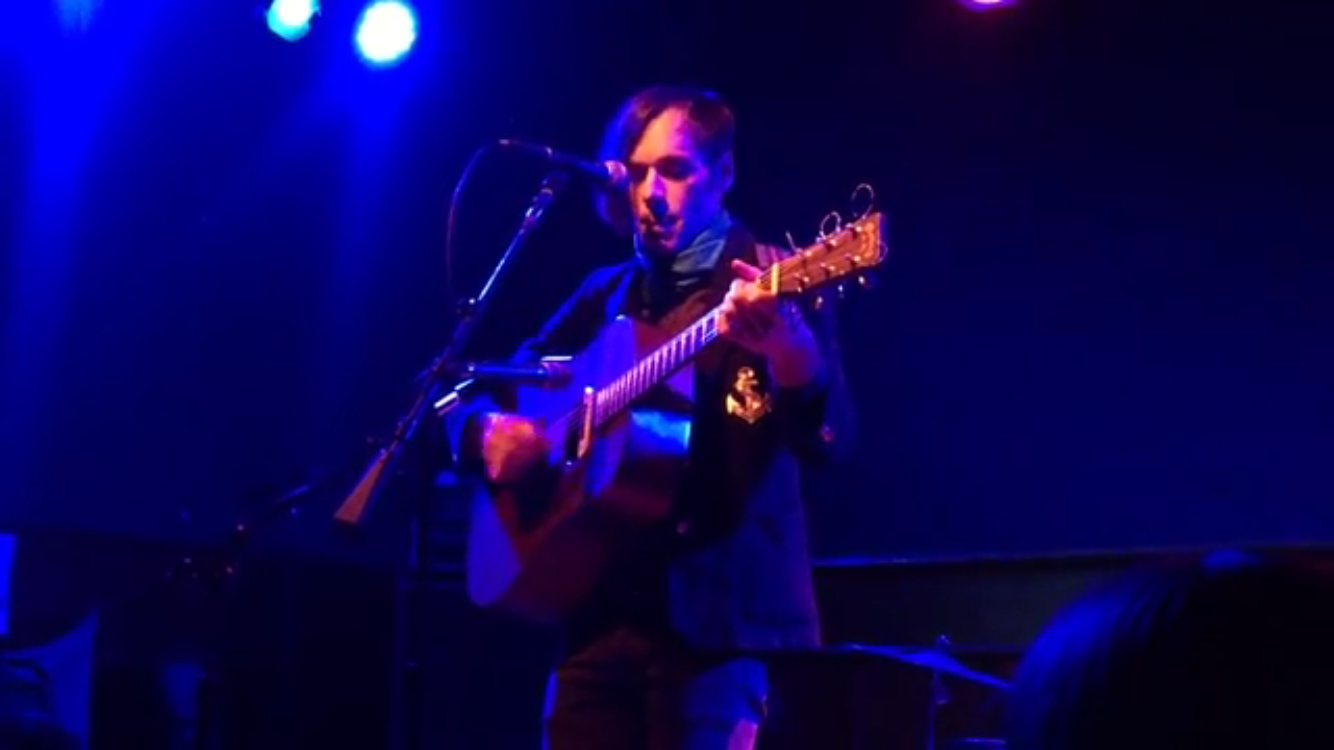 After a straightforward and surprisingly normal acoustic set and interview at the MCA, Of Montreal’s Kevin Barnes showed his true colors during his solo performance at Schubas.

The singer’s oddball sense of humor was intact for the entire show, but came out immediately as the singer “compiled a Thanksgiving-themed list of things I’m thankful for, but mostly stuff I’m hopeful for.”

As one would expect from one of the strangest songwriters of the era, the list included “men with bruised vaginas,” people from Asia removing “healthy amounts of bone marrow,” and “all the chicken fat” forming “a grand tidal wave.”

“Shit, now I have to play some songs,” he said after.

Prior to the Chicago dates, Kevin Barnes’ solo shows were extremely rare and almost nonexistent. Thus, the level of excitement at Schuba's was high, as anything felt possible.

The first major surprise came quickly with “Sleeping In The Beetle Bug,” a song from Of Montreal’s 1997 debut, Cherry Peel. Of Montreal has rarely played a song written prior to 2004’s Satanic Panic In The Attic live, so this was a treat for longtime fans of the band. The performance matched the stripped-down innocence of the original perfectly, and Barnes seemed to enjoy playing it.

A new song titled “Empyrean Abattoir” followed the older rarity, its lyrics packed with vivid imagery. The song felt relaxed until a coda late in the song where dynamics and tempo picked up for a big ending.

Fan-favorite “Bunny Ain’t No Kind Of Rider” received huge applause, the chorus becoming a sing-along. Without the layers of keyboards, synthesizers and guitars, the performance proved that Barnes’ songwriting is what always held Of Montreal’s best records together. By the end of the song, Barnes left the lyrics entirely to the crowd.

Newer song “Imbecile Rages” was performed with surprising force, though Hissing Fauna tracks like “Suffer For Fashion” received the biggest response from the audience.

“I’d like to do something I’ve never done before…recite a poem,” Barnes said following “Suffer For Fashion.” “My poetry’s not actually good. It’s meant to be marginally entertaining.”

The poem that followed, titled “Did You Go Without Saying Goodbye,” read like an Of Montreal song on steroids. Fans are aware of Barnes’ extensive vocabulary, but his poetry takes it to an entirely new level.

Here is a short portion of the reading:

Referring to the poem as “marginally entertaining” wound up being the night’s largest understatement.

Playing into the audience’s love of Hissing Fauna Are You The Destroyer, Barnes closed the set with two of the album’s bigger songs, “She’s A Rejecter” and “Gronlandic Edit.”

The performances again found the songwriter exploring the simplicity that lies beneath the excessive studio recordings, focusing on ever-changing chord progressions and elaborate vocal melodies to channel the energy created by harmonies and bass lines on the originals.
Barnes walked to the side of the stage before quickly returning for an encore, seemingly realizing there was no backstage to escape to in the small venue.

The encore revisited the previous night’s David Bowie set with standout track “Moonage Daydream” before shifting into “Heimdalsgate Like A Promethean Curse,” another fan-favorite from Hissing Fauna.

By deconstructing Of Montreal’s elaborate compositions, Kevin Barnes emphasized his role not simply as the band’s songwriter, but as one of the most inventive and unique songwriters of the past two decades.