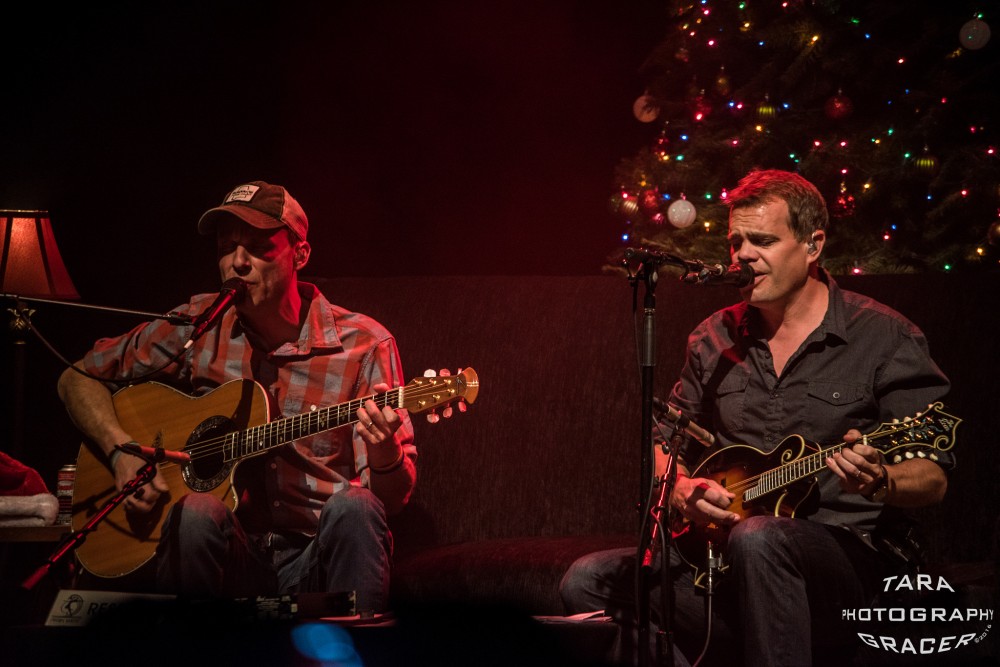 Now in its 14th year, The Brendan and Jake Holiday Show has become an annual tradition for family and friends from all corners of the United States.  Like its predecessors, this edition found its snowed-in attendees with spirits lifted through cheerful song and levity.

While snowflakes were silently falling outside, blanketing Chicago, the raffle table was buzzing with hopeful concert-goers trying to win band memorabilia, sports tickets, gift cards, and other donated prizes.  This year's benefactors were two charities: the Jerry Cummins "I Love Math" Scholarship Fund and The Illinois Alzheimer's Association. 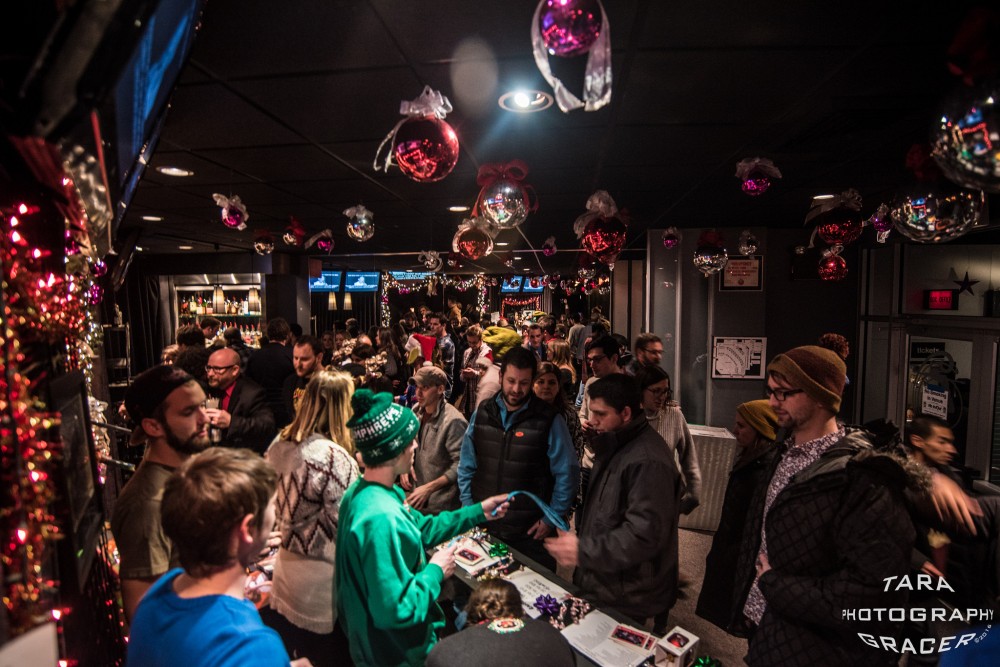 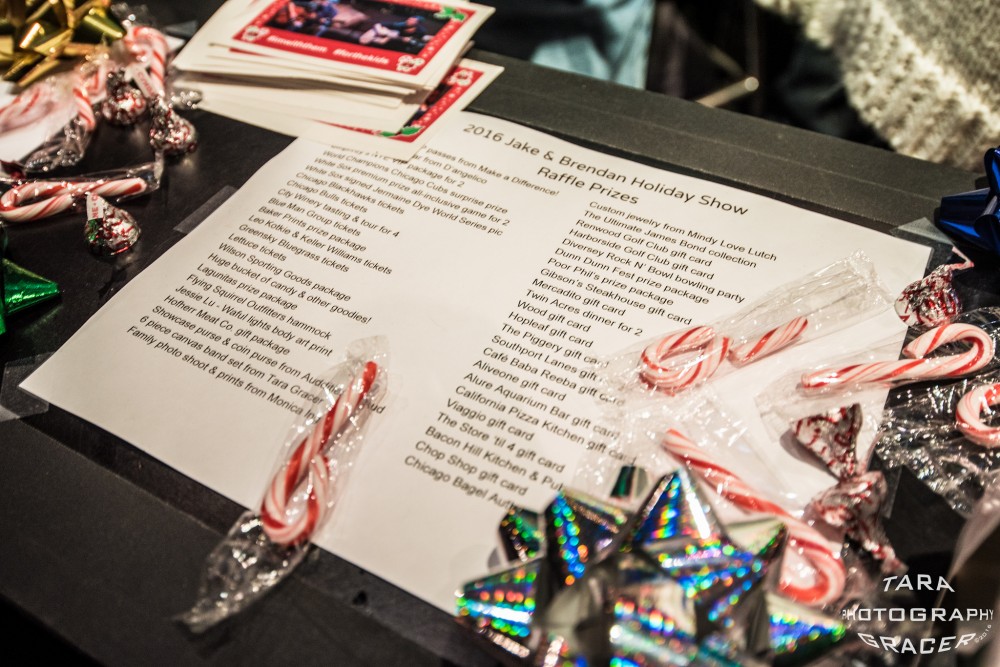 The Illinois Alzheimer's Association was given $5,000 and the Jerry Cummins "I Love Math" Scholarship Fund, created in the memory of Joel Cummins' father and his love of education, secured financing for 10 years. The generosity of music fans during the holiday season knows no bounds.

As 8 o'clock arrived, Joel Cummins' grand piano set began with an old Umphrey's McGee tune called "Salamander Strut", which hasn't been played since 1999. The set continued with "Ofreo", a classical piece from Wagner, and a song inspired by a fan's mother by Claude Debussy. Joel quipped, "it's never too late to learn a new song". 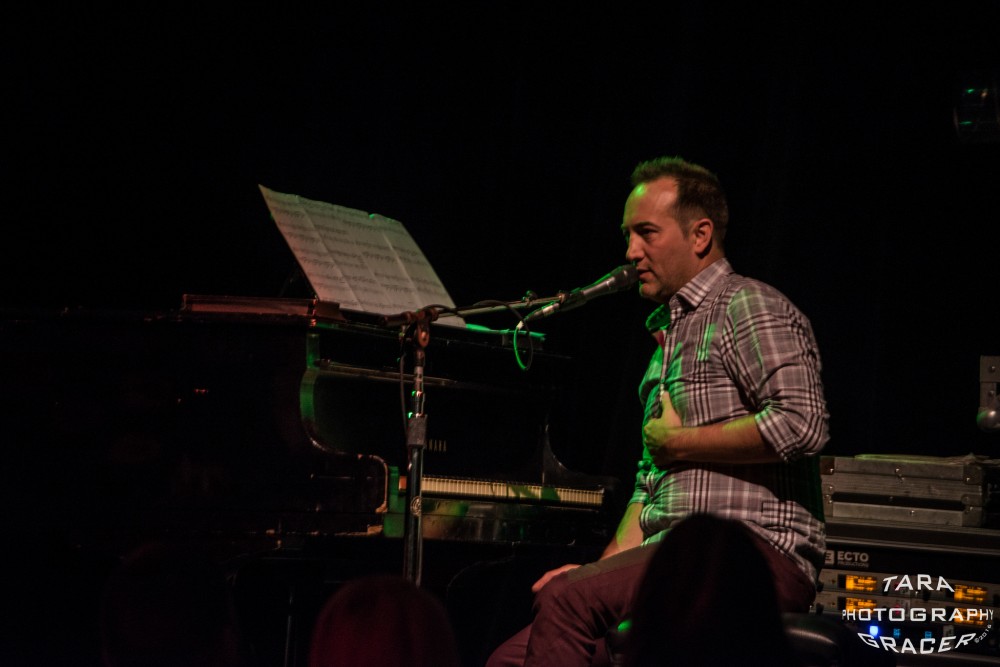 Joel's lenghty and sincere explanations of each piece enhanced the intimacy of the Park West even more.  Each movement played opened the crowd to new musical understanding.

After a quick break (and beneficiary announcement of the donation to The Illinois Alzheimer's Association), Brendan Bayliss and Jake Cinninger took the stage to spread their unique brand of musical holiday cheer. 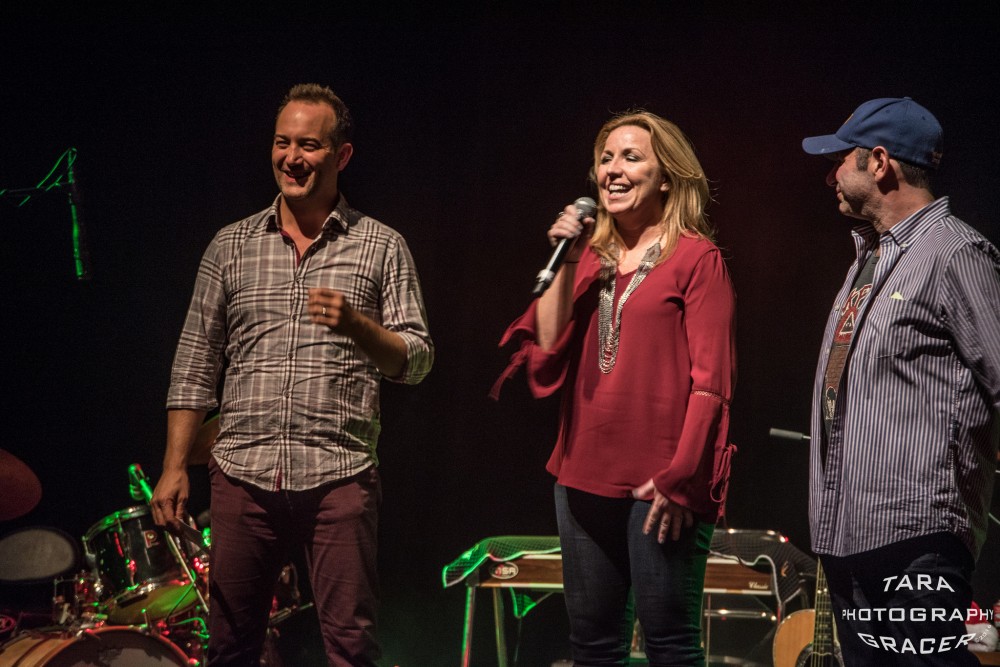 "In the Kitchen", a classic Umphrey’s McGee song, was a predicable choice to open the set due to the blustery weather conditions outside.

By contrast, Led Zeppelin's "Going to California", with Bayliss on the mandolin filled the room with a warm sound, which continued into "Cut the Cable", maintaining the same cozy feel from cover to original composition. 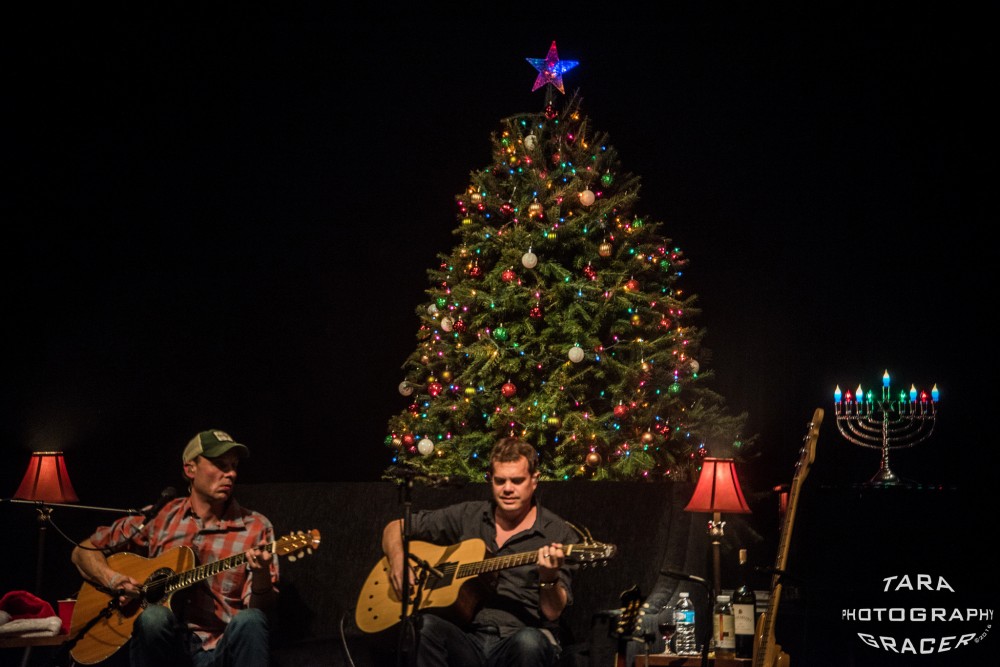 Several more Umphrey’s songs followed, but the duo was supplemented. "No Diablo", "Booth Love" and "Gone For Good", were actually performed by 4/6th of Umphrey's, with Cummins and Andy Farag on percussion.

While Andy and Joel stayed on, covers dominated the remainder of the set -- from Ween ("Transdermal Celebration" tucked in amongst those originals), Bob Marley ("Kinky Reggae"), and Free ("Ride on Pony").

This fall, Umphrey’s McGee made a wager with East Los Angeles' Los Lobos on the outcome of the Cubs and Dodgers NLCS.   The Cubs acutally ended up going all the way, and while Los Lobs still owes us a cover of an Umphrey's song, Brendan and Jake were good sports, with a tender cover of Los Lobos' "The Valley".

Another crowd favorite was the Motown hit "Ain’t Too Proud to Beg", and Bruce Springsteen's "I’m on Fire". Bayliss then hopped onto the piano to play two quiet numbers, including an Sublime's "Santeria", an interesting choice.

The encore / raffle break provided a short recharge for the eager crowd, but the transition was handled masterfully by Barry Brown, the event's main organizer. Barry jumped on the piano to supposedly kill some time, pumping out "Come Sail Away" by Styx, which the crowd screamed along in unison. 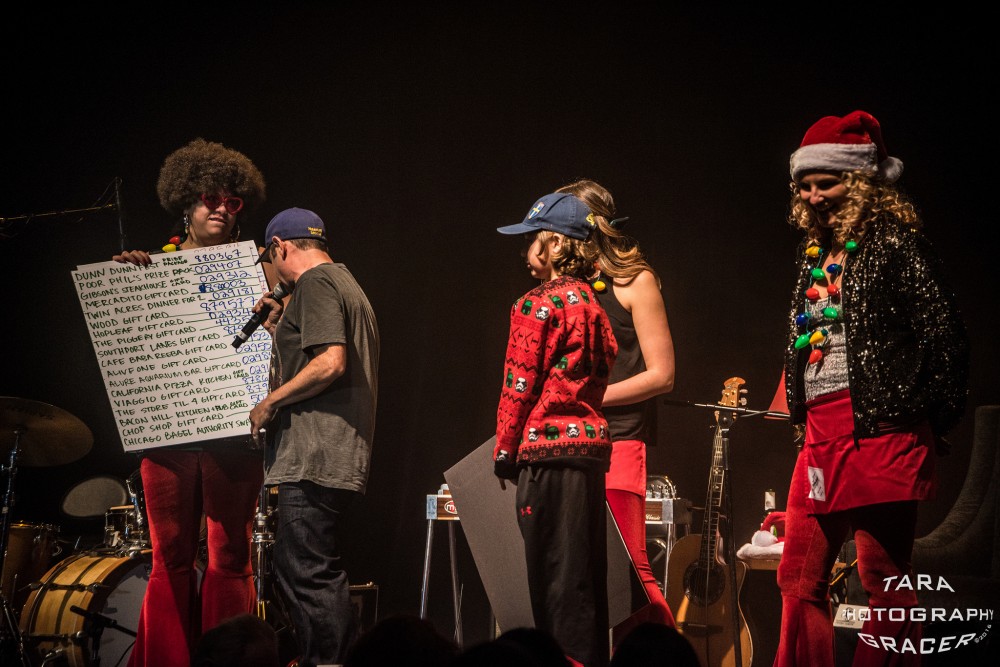 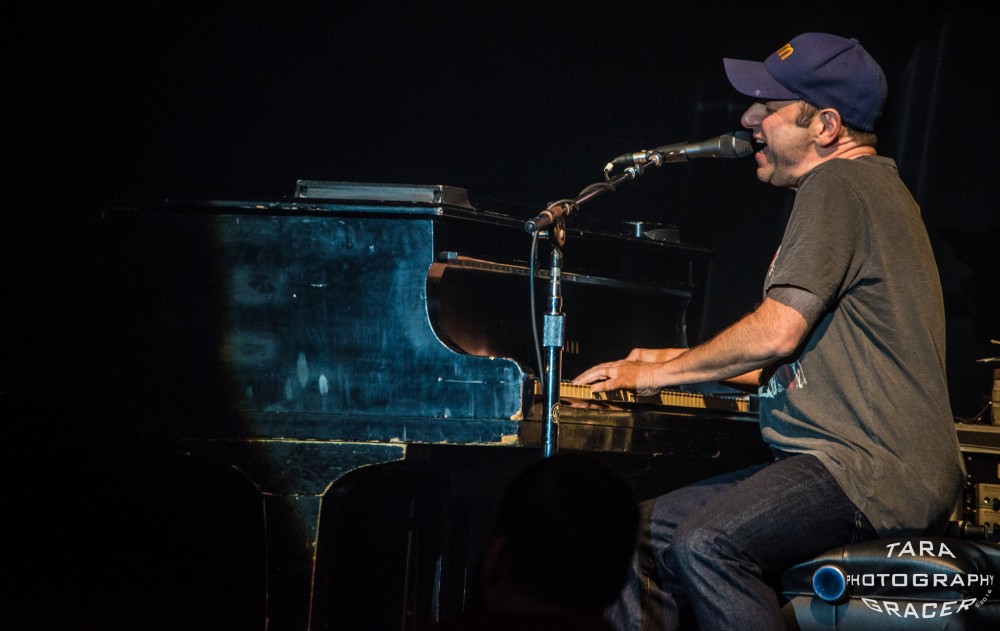 "Bittersweet Haji" was another emotional hard-hitter for fans, but wasn't the last trick the team had up their sleeves.

The show ended amidst the glowing of the disco ball, Motley Crue's "Home Sweet Home" as only the Umphrey's guys can swing it. 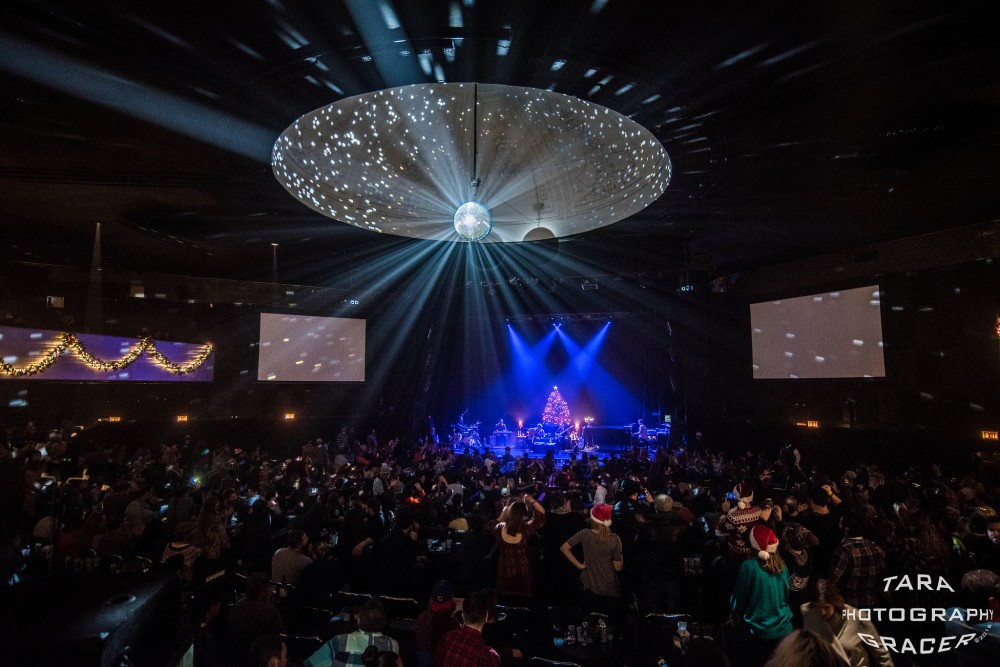 Set: In The Kitchen@, Going to California@, Cut The Cable, No Diablo, Water, Booth Love, Transdermal Celebration, Gone for Good, Kinky Reggae, Ride On Pony, Ain’t Too Proud To Beg, The Valley, I’m On Fire, Mama You’ve Been On My Mind, Santeria& (Sublime), Watching The Wheels 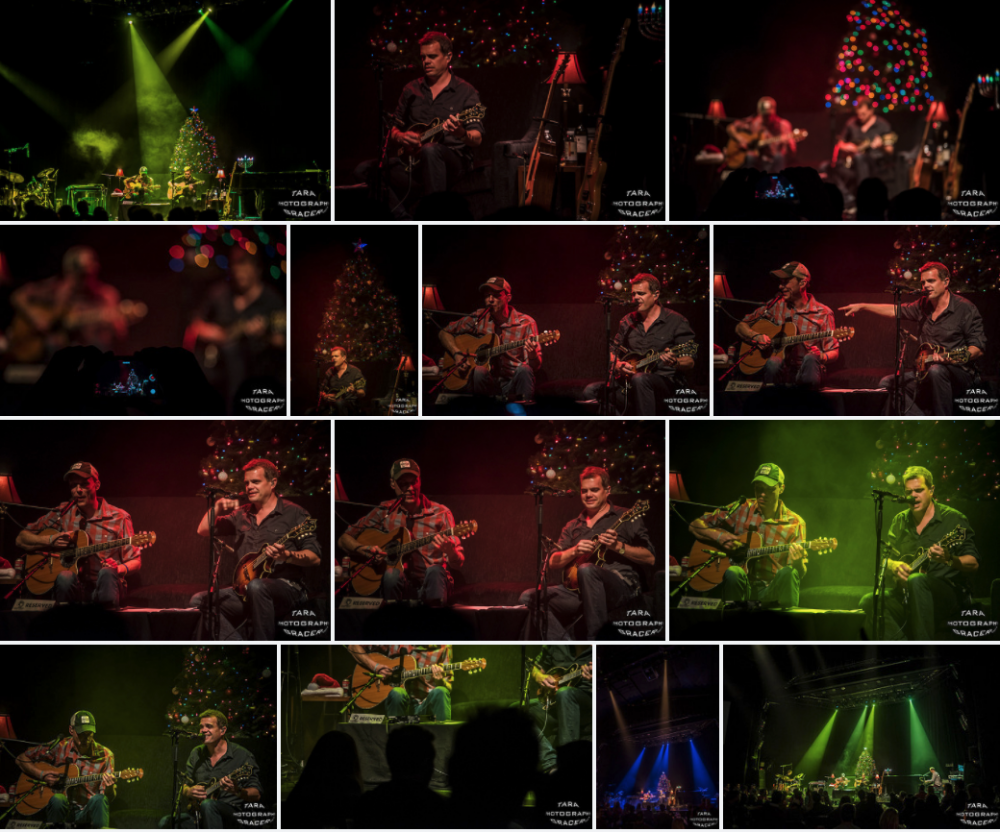 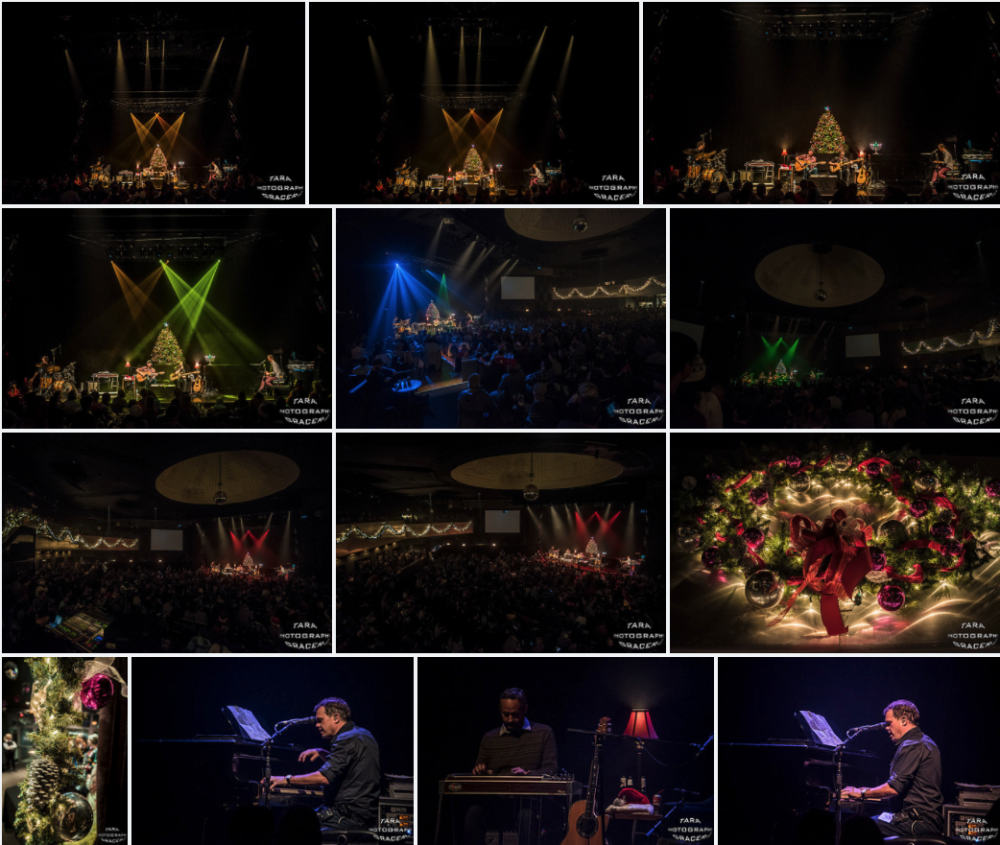