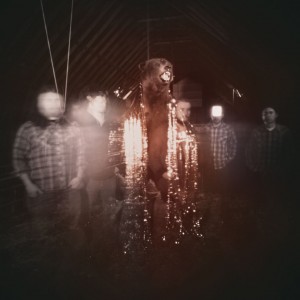 For My Morning Jacket fans, It Still Moves is a holy grail of sorts. The album, released in 2003, is arguably the band’s first fully realized full-length record, a flawless testament to the raw energy and songwriting capabilities that have earned MMJ its diehard following over time.

The songs on It Still Moves have become staples and fan favorites in the live setting, its guitar-based Southern-Rock influence sounding as organic and instinctive at shows as it does on the album itself.

The record’s raw energy was matched by its no-frills production, the layers of guitar riffs, vocal harmonies and an aggressive rhythm section all crashing together, assaulting listeners with an impenetrable tidal wave of rock and roll.

It Still Moves’ legendary status and universal acclaim in its original form begs the question of whether a re-mastered edition is necessary, or whether a sonic touchup is detrimental or beneficial to MMJ’s most beloved tracks.

From the first moments of the reissue, fans will realize that My Morning Jacket have zero intentions of altering the quality of It Still Moves’ songs, “Magheeta” still as powerful and energetic as ever.

The difference in mastering and production is noticeable, but in no way damaging.

Jim James’ vocals are still wrapped in warm reverb, but appear front and center, no longer fighting with the guitars for space in the mix. The two guitars themselves are far cleaner, each panned to opposite sides of the mix, allowing the intricacies of each riff to coexist, while the drums and bass sit comfortably beneath it all.

Though this cleaner approach loses the raw, untreated feel of the initial pressing, it only increases the songs’ unfaltering energy, bringing new life to many of the subtleties buried beneath each track.

Perhaps the best way to describe the difference is to dissect the production of the band’s most popular track, “One Big Holiday.”

The first audible difference is the bass, which sounds fuller and rounder on the reissue, its aggressive playing remaining more present throughout the track. The guitars remained panned to opposite sides of the mix, the separation not simply making the parts more comprehensible but also allowing listeners to distinguish which riff is coming from which guitarist throughout, a difficult task in the original recording.

As a whole, the band’s infamously massive jam only grew bigger from the revamped production, an appropriate representation of the reissue as a whole.

Even longtime listeners of It Still Moves will discover new details in the reissue hardly present on the original.

A subtle-but-intricate picking pattern emerges during the second phase of “Run Thru,” no longer buried by the fuzz-smothered bass and keyboard riff. The harmonized vocals at the beginning of “Rollin Back” receive an increased presence, their heavenly quality giving the song an entirely new life through the newfound clarity.

Beyond the improved production, the reissue features three previously unreleased studio recordings and a full set of demos of the record’s songs.

The studio B-sides are the highlight here, with “En La Ceremony” featuring Latin influence, a breezy acoustic guitar soloing beneath layered vocals and light piano before the song takes a sharp turn, becoming an electric jam blatantly from the It Still Moves sessions.

“Grab A Body” is a funky, horn-laden instrumental with a spacey, quieter outro, while “That’s Too Bad” is a straightforward, twang-y Southern Rock song, its focus remaining on James’ gritty vocal delivery.

The demos offer a glimpse into James’ songwriting process, performed almost entirely on acoustic guitars, demonstrating how even the record’s biggest rockers came from the folk-influenced sound of the band’s past albums. Above all else, they demonstrate the strength of the songs themselves, able to stand on their own without the layers of distorted guitar riffs.

With 10 of the record’s 12 songs displayed in demo form, it’s an amazingly comprehensive look into the album’s early stages, something bigger fans of the band will appreciate while casual listeners may prefer to do without.

So is the reissue of an already beloved My Morning Jacket necessary?

It Still Moves’ deluxe reissue is available May 27 via ATO Records, available as a limited four disc, 180-gram vinyl edition as well as digitally.