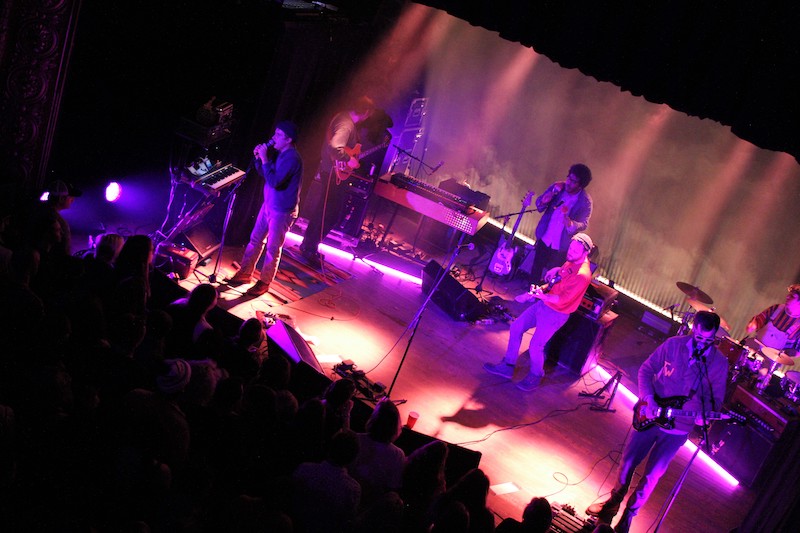 Madison, Wisconsin is one of my favorite towns to visit and a phenomenal place for live music.  I drove up from Chicago last Friday to see one of the great touring rock bands of our era, Dr. Dog. As I pulled up, I realized this is maybe the tiniest venue I've seen the band in (my comps are big stages at Bonnaroo, or The Riviera Theatre in Chicago) and the completely sold out 700 capacity pushed the band's energy way over the top.

The band entered the stage, each adorned with a unique variant of the number two. What this signifies, if it means anything, we may never really know. But it's perfectly on brand with the just-left-of-center pop-rock-psych vibes they have cultivated in their nearly twenty-year career.

One of their lyrical powerhouses, “The Breeze”, opened the show.

“Do you feel like you're stuck in time?
Forever waiting on that line
If nothing ever moves
Put that needle to the groove
And sing”

A new batch of songs and their usual rambunctious energy was on full display. "The Critical Equation" and "Abandoned Mansion", songs have a decidedly mellower feel, got the early nod. I think a lot of these songs have finally found their true life in the setlist, either being played a bit more punchily and confidently or content to be a role-player as a chill breather (truly needed a few in the extremely close quarters of the Majestic).

“Listening In”, “Survive”, “Night”, “Abandoned Mansion”, “Under The Wheels”, “True Love”, are all newer and sounded much bolder and memorable than on first listen.

As the band is not touring on an actual release for the first time in years, I wondered if there might be a bit of complacency to the band. That was definitely not the case. Each band member had something new on display.

McMicken was sporting not only a new keyboard set up, but he also employed an ancient looking tape loop machine, feeding tapes in between songs to help build some noisy layers. He also took a couple of vocal-only songs -- walking the stage in a crooner style, which was a fresh and exciting look. 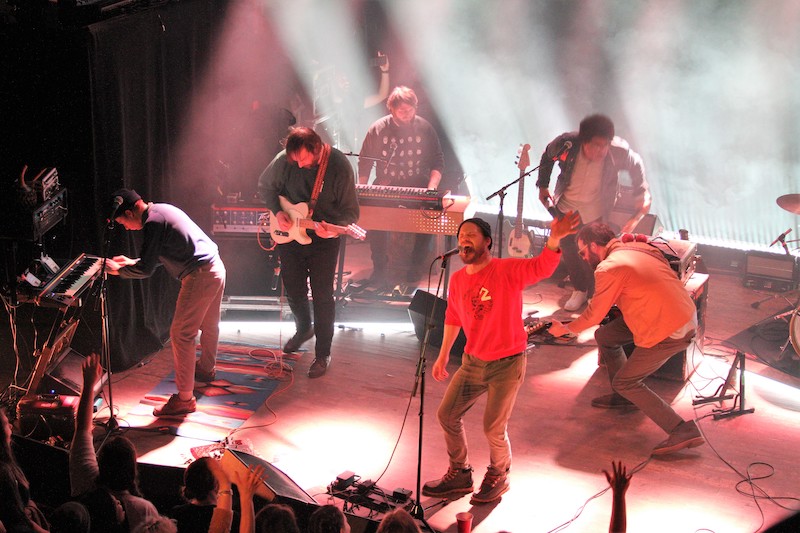 A brand new song, “Can She Dance”, a B-side from Critical Equation, is a fine example of the 80s synth-pop they had worked into the recent album. It is a really fun tune live and has the potential to become a staple. Leaman’s voice was as snarly as ever, and, perhaps out of necessity, he's developed a more Dylan-esque talk-sing thing over the years. It suits him.

The contrast with McMicken’s squeaky little-brother energy creates one of the best vocal dynamic duos ever to these ears. I’m not really even trying to be hyperbolic here. How many groups have two equally talented, yet polar opposite, vocalists?

I always need to throw props to lead guitarist and high harmony extraordinaire, Frank McElroy. Dr. Dog really couldn't do it without him. Blending complicated lead riffing with perfectly on-pitch falsetto is no easy task but he nails it every time. He even finally got his opera finale moment -- belting out a glass-shattering note to close out a long stretch of tunes. 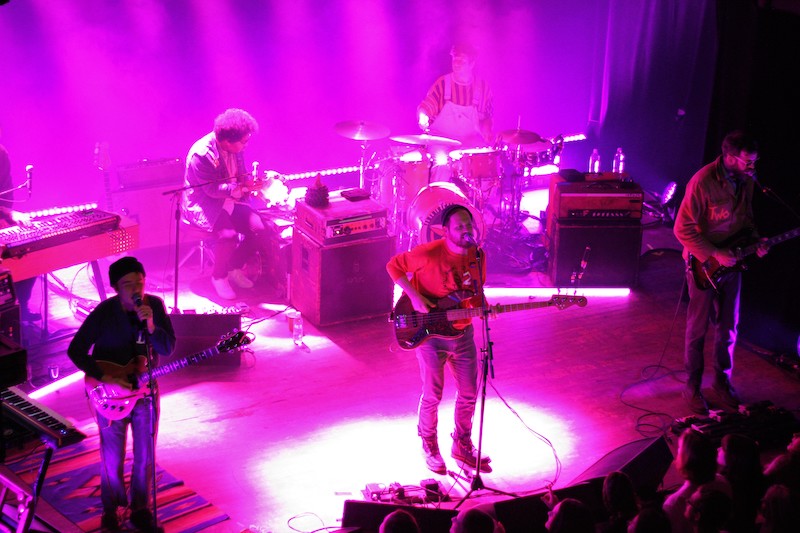 But most impressive was the brilliant re-imaginings of a few songs. “Heart it Races”, one of their most played love-pop anthems was brought out here as a dark, slinky funk tune, with a hint of the groove from Traffic's “Low Spark of High Heeled Boys”.

A Latin-inspired “ The Girl” had the crowd busting moves left and right -- another bolt of creativity in one of their most inspired live performances that I've witnessed.

At a Dr. Dog show, it is really all about their songs, and their songbook is large and diverse. I think they could easily bust out a jamband-like three-night run of no repeats and leave everybody happy.  Some personal unexpected highlights were the Easy Beat -era, sunshine pop of “Today”, the beautifully sad “Jackie’s Got a Blackeye”, and the epic nostalgia anthem “Where’d All The Time Go?”.

Opening up the evening were relative new-comers, The Nude Party. While I would hesitate to declare that they are to the Rolling Stones what Greta Van Fleet is to Led Zeppelin, I must confess that the thought did cross my mind. 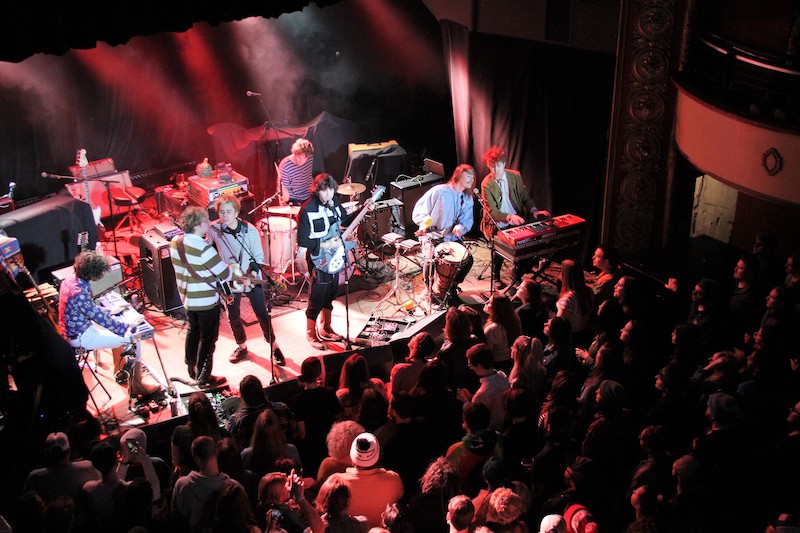 But I really did enjoy their set, and the comparison is no put-down -- for years and years, you couldn't read a review of Dr. Dog without The Beatles being mentioned. The Nude Party added a punchier garage-rock side to their Stones act, and I could see them evolving in a similar way to the headliners.

The youngsters had quite a large band, including a wild percussionist and a ripping pedal steel guitarist. Their songs were catchy and well executed, blending lots of elements of 60’s twang rock. They incorporated some Mexicali-psychedelia for a short jam or two that really worked to diversify their set.