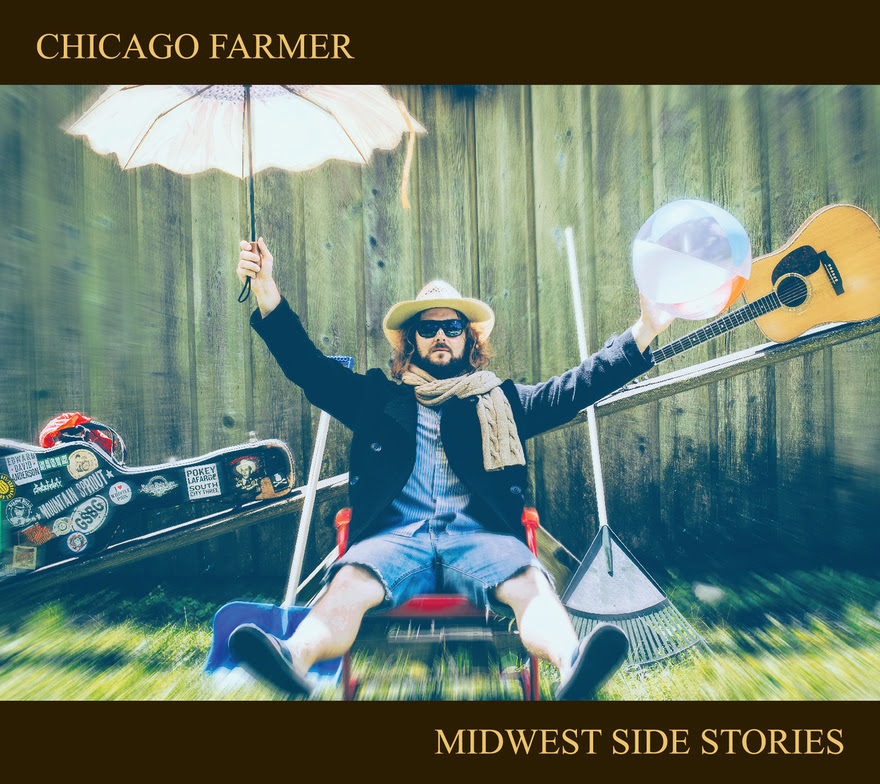 One of my favorite things about being a dad is sharing music with my kids. Over the past few years, we've all shared a morning commute; their school and my work were near enough to force some signficant "together time".

The soundtrack to these drives has featured many of the bands covered on these pages regularly, and sometimes the themes can get kind of real. Folk singers, in particular, sing about life, warts and all.  That's the approach taken by Cody Diekhoff, aka Chicago Farmer.

I first encountered Farmer in an opening slot for Todd Snider and his songs, not Snider’s, were the ones I was seeking out after the show, specifically “Workin’ On It” and “Twenty Dollar Bill.”

Shortly after the show, these two songs made their way onto one of our morning playlists -- it only took a couple of plays until my kids became Chicago Farmer fans.

No, it's not kids music but there is something there that rings true, something universal. He sings with a wry sense of humor -- evoking at times John Prine ("26 Cops") and is, like Snider, a very patient storyteller. These tales continue on the forthcoming Midwest Side Stories (due 9/30).

The record starts off strongly with the powerfully sung, sad-song-intending-to-make-you-smile “Umbrella”, setting the table for the mix of melancholy and joy which is to come.

Songs like “Revolving Door", "9pm to 5”, “Farms & Factories”, and “Rocco and Susie" all paint the picture of life in a Central Illinois town from the perspective of the 3rd shift clock puncher, families getting squeezed, or the couple losing their dream and their sanity along the way. Warts and all.

But along with that struggle comes the payoff and hope.  Take “New Used Car”, coming from a place where driving around is king on the weekend.  "Rocco & Susie" contains some of the best life advice ever given: "stick to smokin' grass & drinking beer."

The sentiment is continued in “Two Sides of the Story” where Diekhoff musically provides insight into characters who feel real enough to root for.  He even throws in the John Hartford cover "I'm Still Here" to cap it off, perhaps a declaration of his own after doing this for the past decade plus.

These tunes occupy the Chicago Farmer sweet spot -- telling personal stories from the places that surround us. He sings about factories, farms, and factory farms.

Yet, he bridges the gap between rural and urban. He wasn’t born in Chicago, but is uniquely ours.

This summer, I had the opportunity to take the family to see an outdoor, daylight Chicago Farmer show at the Taste of Ottawa, about an hour and a half southwest of the city. The atmosphere was relaxed enough for the kids to meet Cody, who could not have been nicer, even dedicating “Twenty Dollar Bill” to them.  With a personal touch, and a penchant for the truth, any music can become kids music.

Diekhoff is offering this album early to those who support him on Kickstarter.  Check it out here.