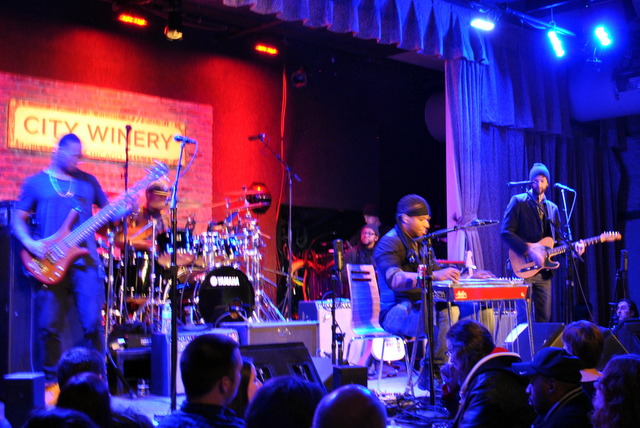 Robert Randolph is just so many things. He and The Family Band popped in for a pair of shows at City Winery this winter as a part of the Chicago Bluegrass & Blues Festival. He's the bandleader, a brilliant soloist, more-than-capable singer, master of ceremonies, and part-time comedian.

He was even the inspiration for his own red wine blend courtesy of the good folks at the Winery, using a label inspired by the cover art of the band's latest release Lickety Split. 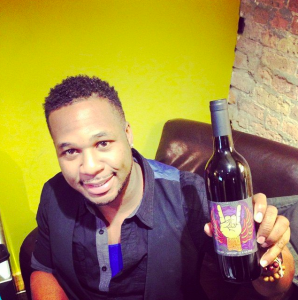 You can also list him networker-in-chief. Randolph telephoned a trombone playing friend from Chicago to join him on stage. And despite the short notice, they ended up making some beautiful music together.

But with lap steel skills that peak off the charts, and DNA that runs strong throughout the majority of his touring band -- with a sister emerging on several occasion for soul-stirring vocals and cousins on drums and keyboards. Together, they hit as sweet spot church-inspired blend of gospel and blues that is guaranteed to swell the size of your heart.

Check out video from "Who Do You Love" for a bit of what I'm talking about. A quick nod into the audience produced a willing participant using Randolph's spare guitar. Joyful, exciting and definitely generating memories that will last a lifetime.

Randolph repeated the trick later in the evening with some guest vocalists that alternated between shockingly awesome and barely compenent. But that doesn't matter. This was a show intended for everybody, where even the spectators felt like participants. By the end of the night, the seated crowd at the Winery was up out of their seats. The music is just that infectious.

The Marty Sammons Band played a brief opening set and were actually a delightful complement to the headliner. Sammons would also serve as opener for Buddy Guy during his January residency that evening.

It might have given Randolph a hint as well. Check out this snippet of a video captured at Legends later that night.  Oh, man, how I wish I could find more.