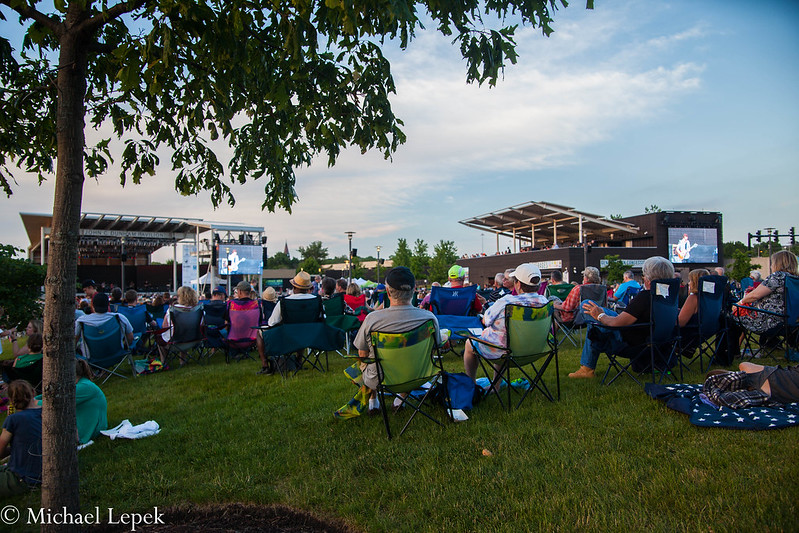 On a beautiful, breezy June evening, a pair of powerhouse performers kicked off Aurora’s 21st Annual “Blues on the Fox” festival in fine fashion. 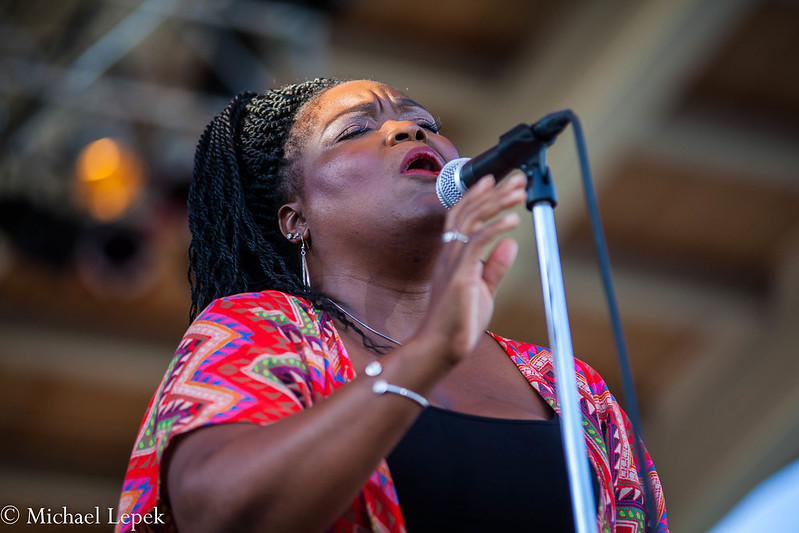 Rising star Shemekia Copeland, along with the iconic Mavis Staples, treated the crowd to a satisfying mélange of music, which ran the gamut from blues and spirituals to well-turned cover versions and more. 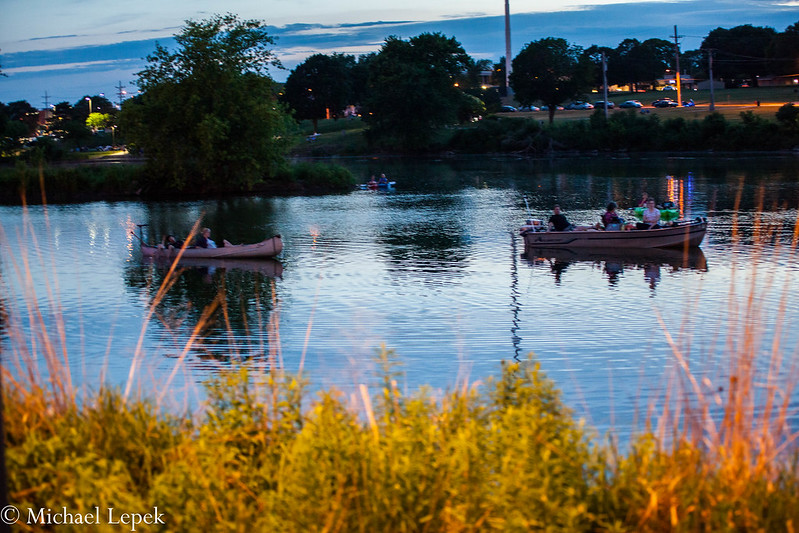 With the Fox River serving as a backdrop for the setting sun, Copeland came out blazing. 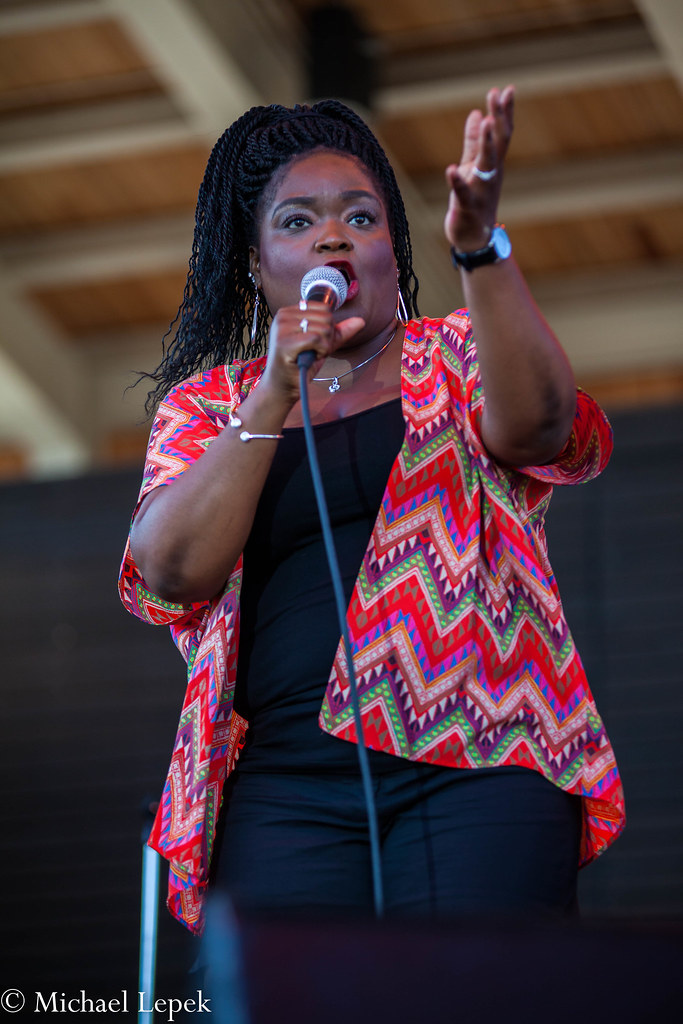 Copeland’s first number was “Living on the Outskirts of Love,” the title track from her latest Alligator release. She then went into “Crossbone Beach” and “The Battle is On.” 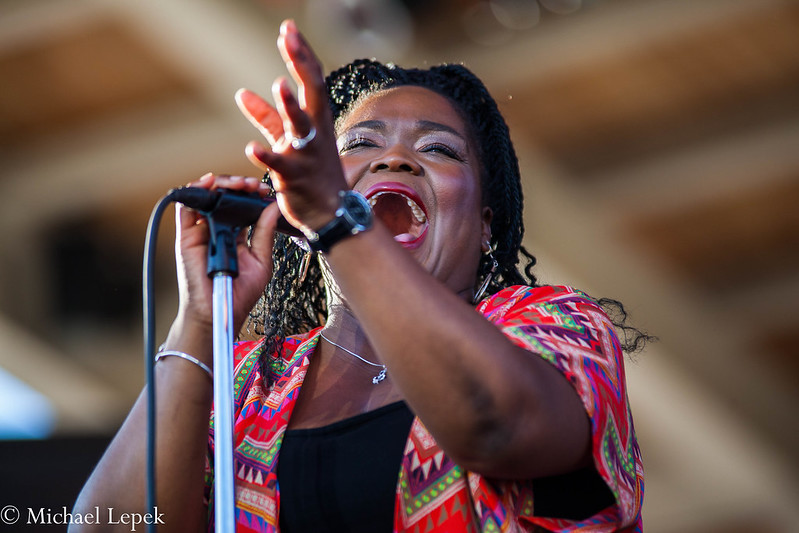 With influences that range from her father (blues singer Johnny Lee Copeland) to the indomitable KoKo Taylor, Copeland paid homage to both with her closing numbers. 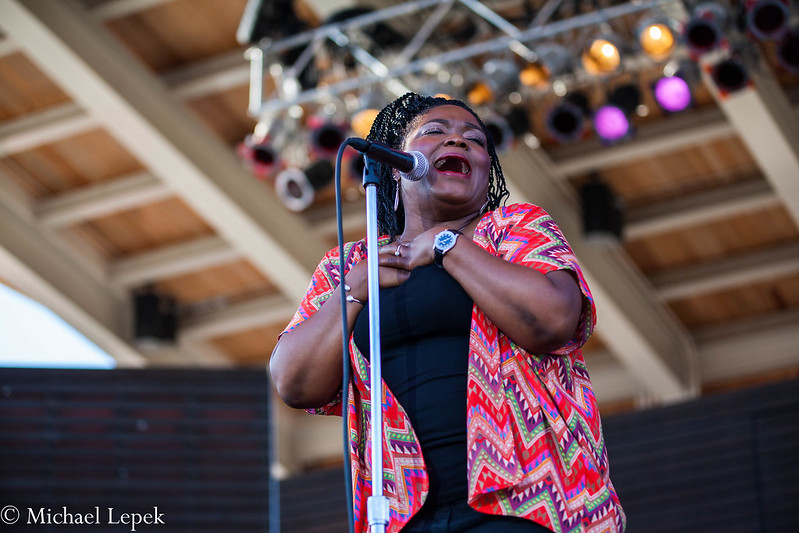 She also credited her grandmother’s spiritual guidance with a rollicking “Stand Up and Testify.” 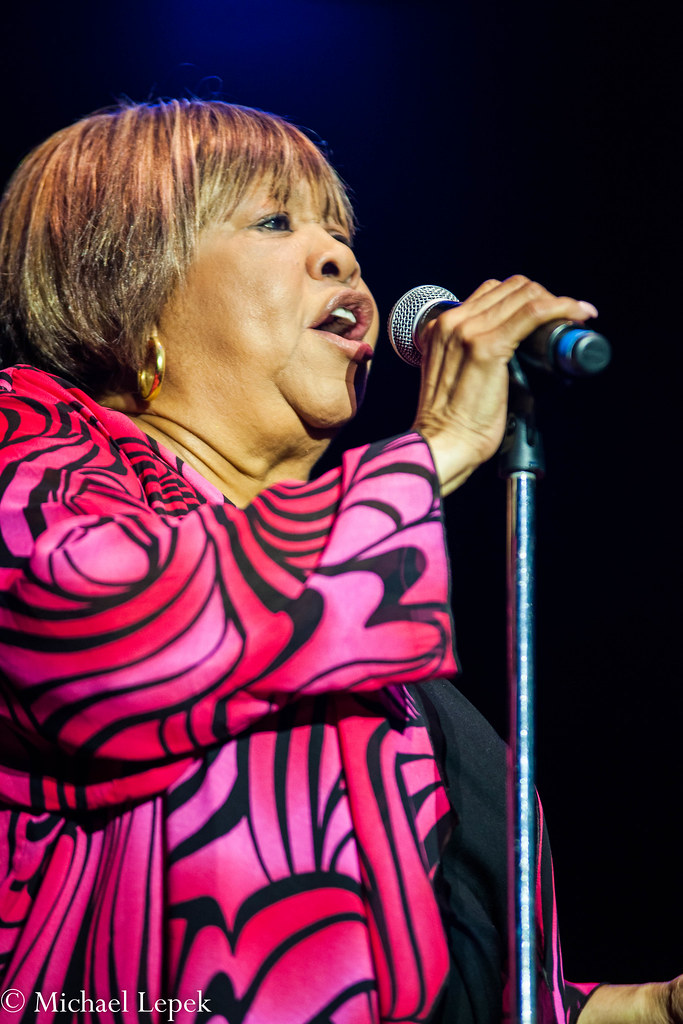 Copeland said how “honored” she was to be on the same stage as Mavis Staples. At 77 years old, Staples is a vital part of America’s history. She has been a major influence on many musicians and a key figure in the Civil Rights movement. 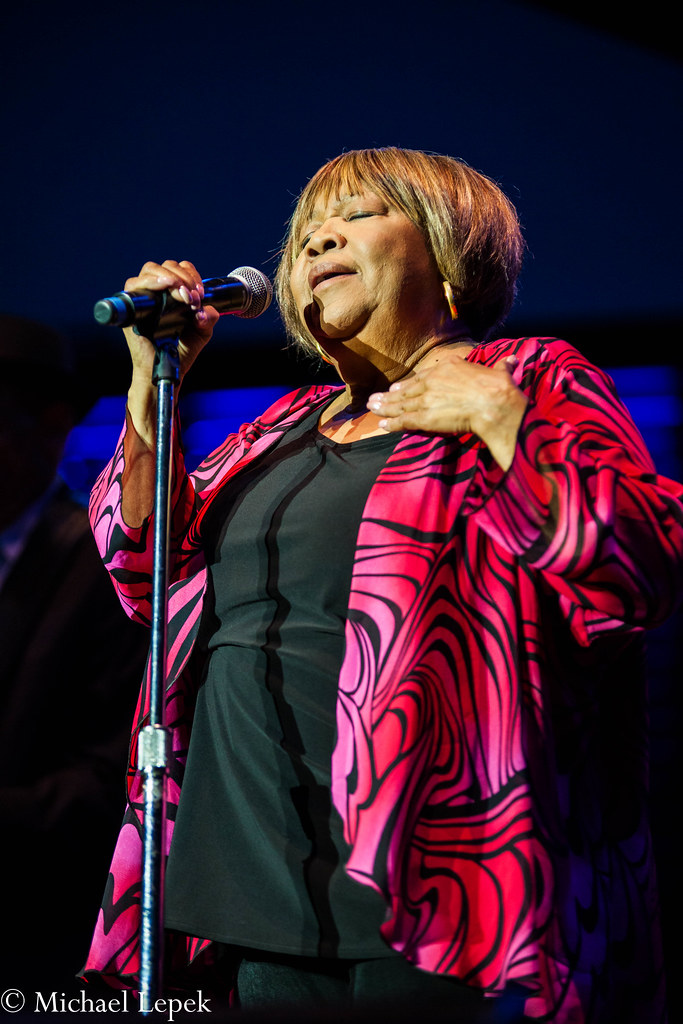 This legendary singer was all about positive music and messages as reflected by her opening song, “If You’re Ready, Come Go with Me.” Following this, Staples showcased her ability to make a song her own as she covered both the Funkadelic’s “Can You Get to That” as well as Talking Heads'  “Slippery People”. 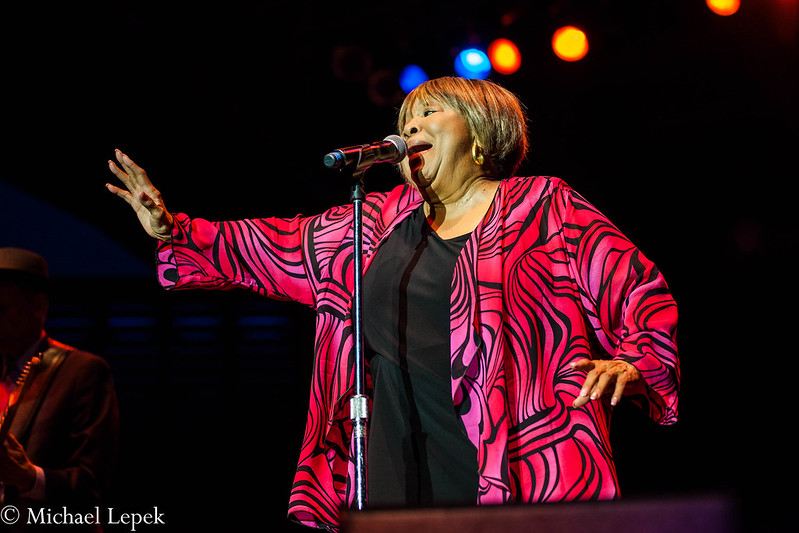 Staples also performed her powerful version of Buffalo Springfield’s “For What It’s Worth.” This song was frequently on the Staple Singers’ set list during the sixties. 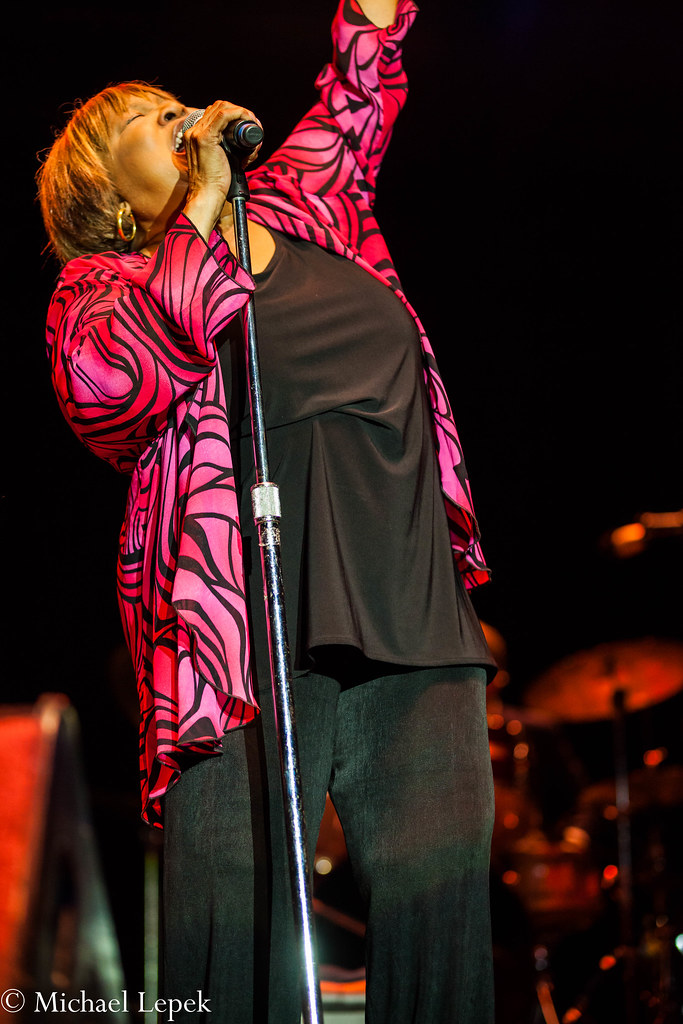 The Staple Singers were also a highly-regarded gospel group. Staples’ rendition of “Wade on the Water” and other songs of praise served as a testament to her spiritual roots. 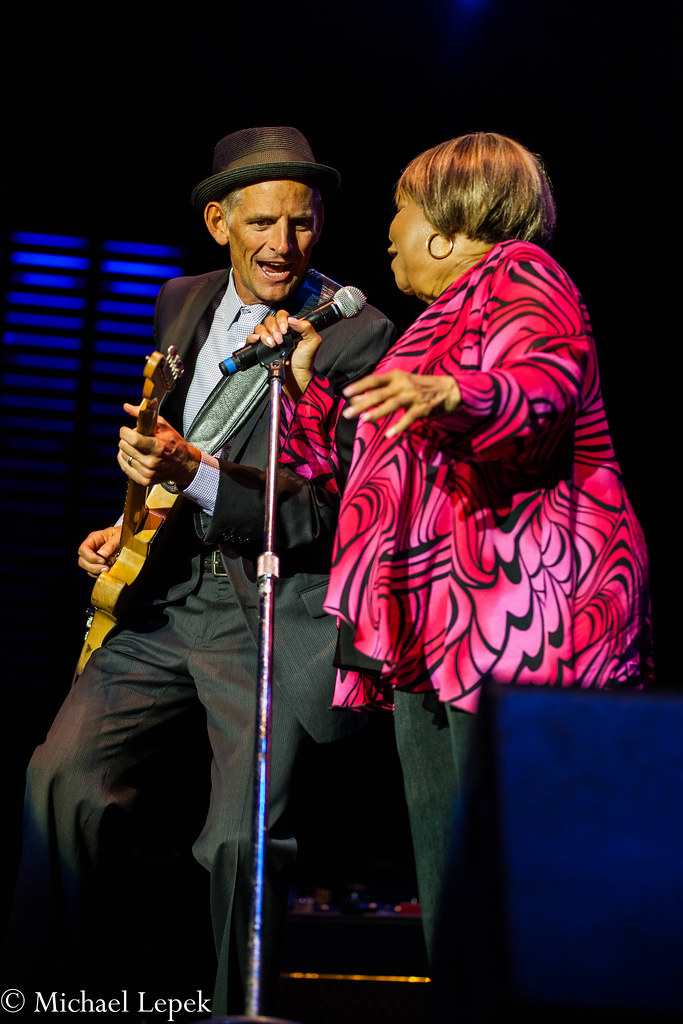 The night was capped off with Staples delving into the Staple Singers catalog from the early seventies. Much to the delight of the crowd, Staples closed with “Touch a Hand, Make a Friend” and “I’ll Take You There.” 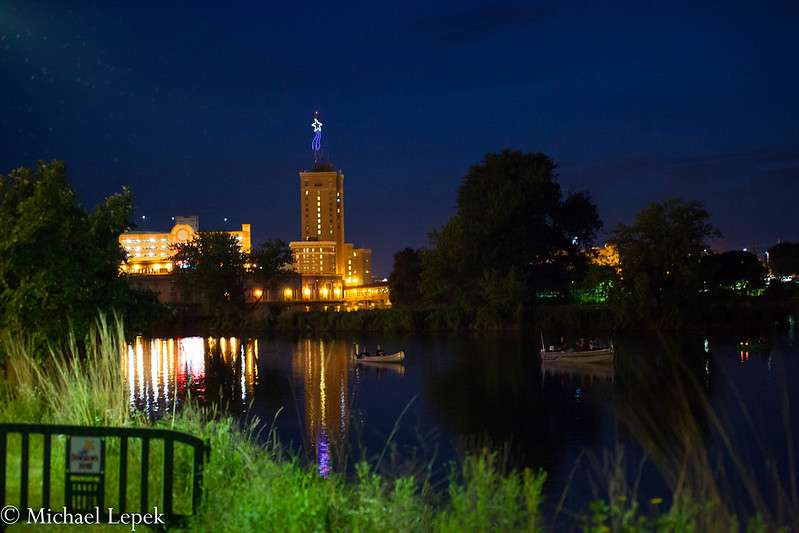 With this annual festival, the city of Aurora has come full circle by playing up its own rich blues history. The 22-story Leland Tower once served as a recording studio for big names such as Sonny Boy Williamson, Big Bill Broonzy and other ground-breaking artists.