Local favorites Poi Dog Pondering spread their infectious groove for a packed audience at Jay Pritzker Pavilion as part of the Downtown Sound summer music series sponsored by The City of Chicago Department of Cultural Affairs and Special Events.

From the start, the dedicated crowd was on their feet and dancing. For the Monday of a huge holiday week, the mood was festive.  It was a celebration of the band, the fans, our city and music. 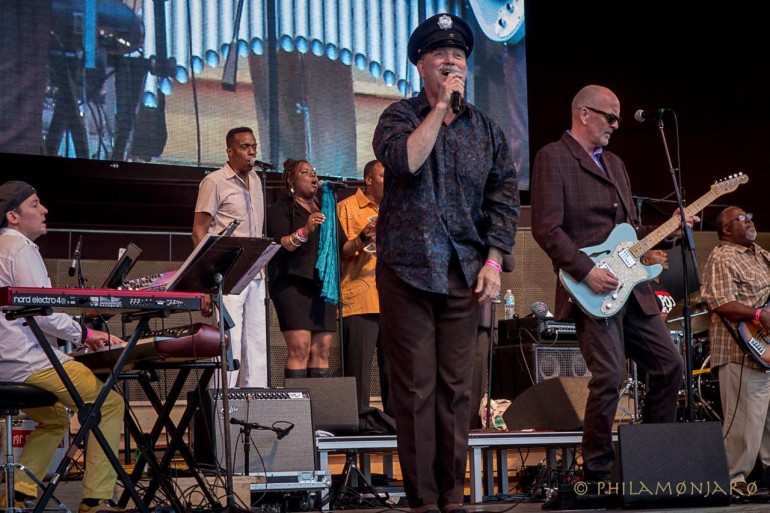 Frank Orrall led audience with a sense of inclusion, connection and whimsy.  He had an ease about him that confirms he knows his natural place in the world -- touching the hearts of fans through music. Not just a band, not just an ensemble, but a sonic force of fourteen crack musicians and singers, Poi Dog has depth, texture, stunning harmonies and strut.

They played a 75 minute set including favorites such as "Everybody’s Trying", "Collarbone", "Complicated" "Shu-Zulu-Za", and "That’s the Way". But the surprise that really hit the spot was a version of The Style Council’s "Ever Changing Mood."

Orrall introduced the song, paying honor to Paul Weller, the composer behind the great 80s hit.

Later in the set, violinist Susan Voelz brought on stage and led a number of local young violinist through a number providing what one would have to think as a thrill of a lifetime for an young emerging performer. 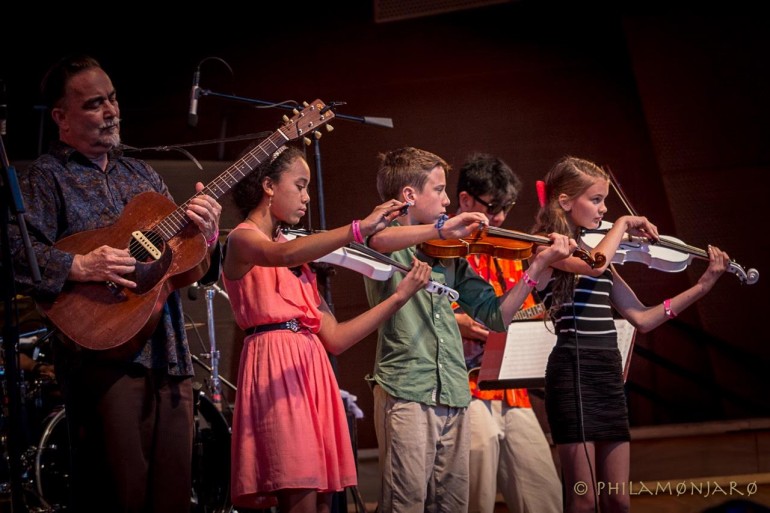 If you have never seen Poi Dog Pondering, make it a point to see them. They are worth ever bit the adventure. 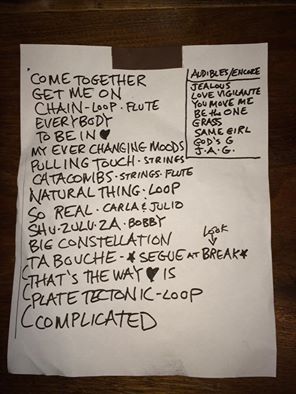