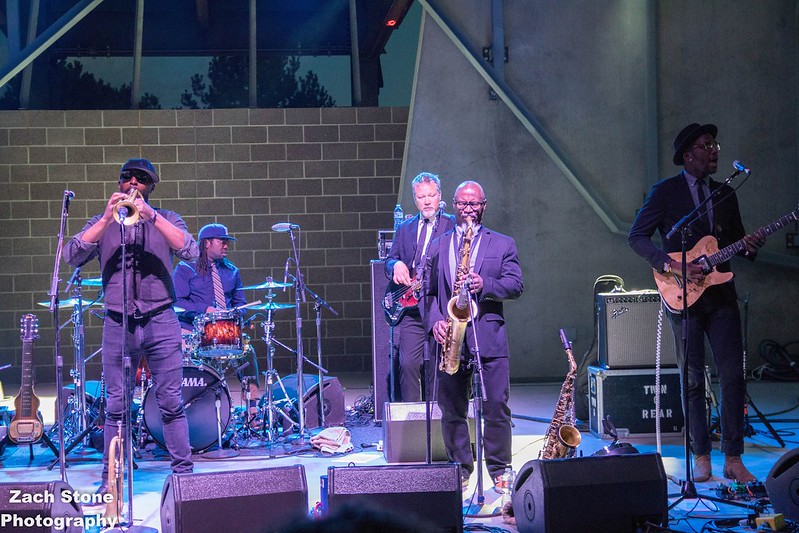 What's better than a Karl Denson's Tiny Universe show in Denver?  A free KDTU show in Denver -- which actually went down this past Saturday at Leavitt Pavilion. 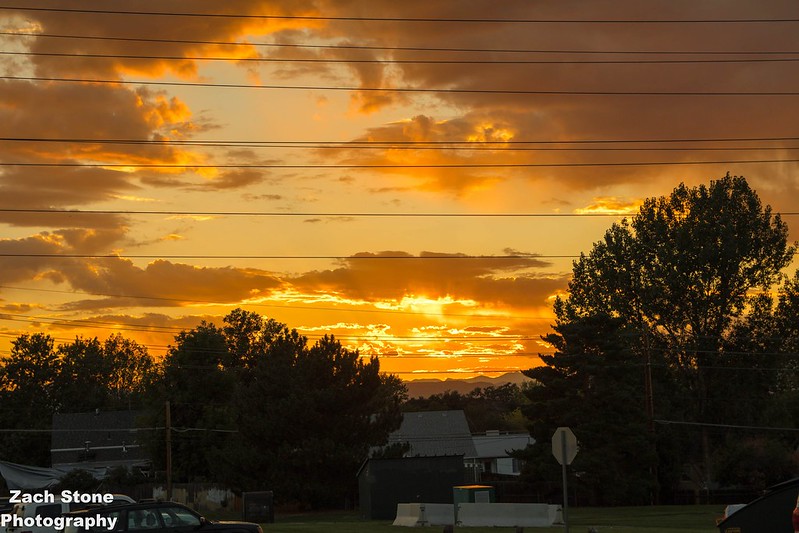 There was an incredible Colorado sunset just prior to the band going on stage, a sign of great things to come for the all ages crowd. As this show closed out the band's summer tour, they would leave nothing on the table. 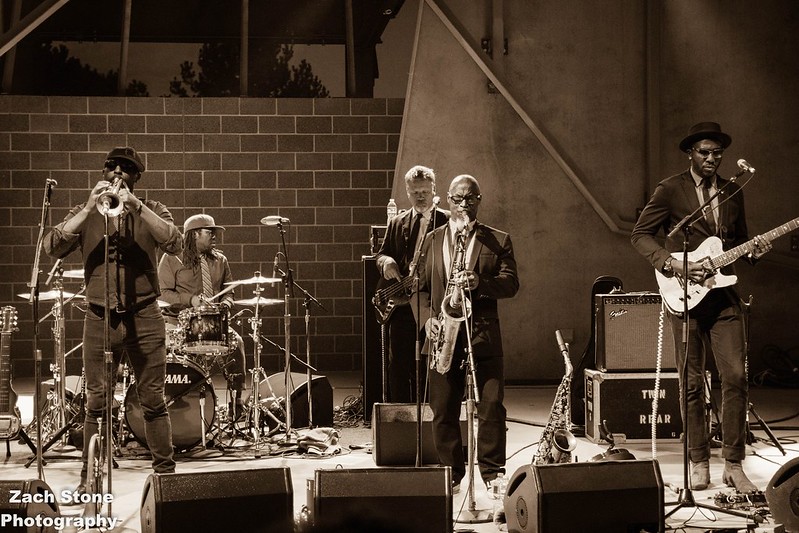 The show kicked off with an energetic cover of  "My Baby Likes to Boogaloo" by Don Gardner, with Denson singing, dancing and flute playing over every inch of the stage. 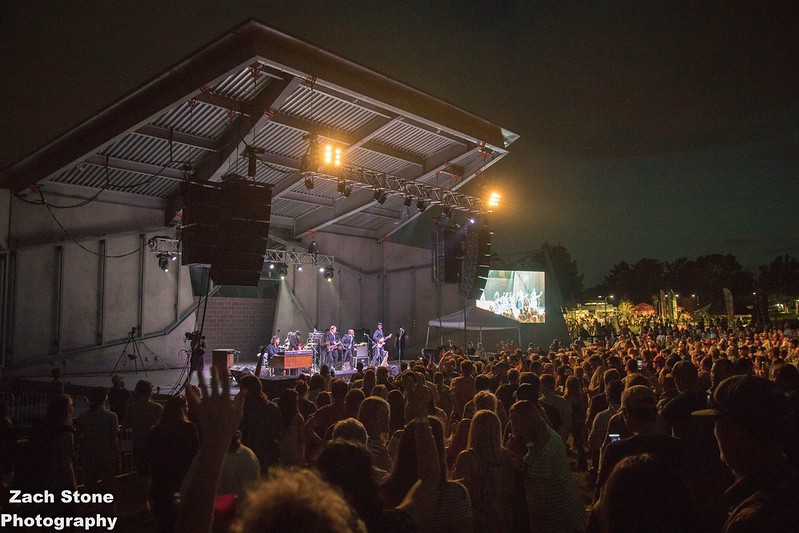 Denson addressed the crowd about the tour's close --  he'd be heading off to Europe to tour with the Rolling Stones for two months before returning in November to play more shows with his Tiny Universe.  A #humblebrag?  You decide, since he then led the band headlong through a series of Stones classics, starting off with "Tumbling Dice", a tune which showcased his impressive vocal range.

This summer has seen the band on the road, as well as the studio.  Denson revealed that the band had recorded eleven tracks total over three days in the studio, seven of which are brand new.

Throughout the night, the band mixed new and old, and even pulled out classics like  "Dance Lesson #2" and "Flute Down" from Denson's 2001 solo album Dance Lesson No. 2 and "Hang me Out to Try" from KDTU's most recent LP New Ammo.