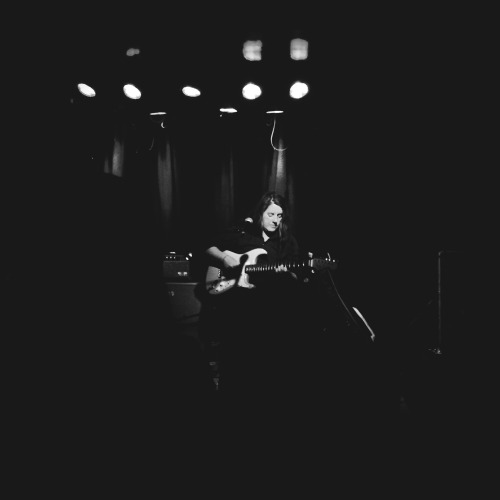 I'm truly grateful when friends of the site are clued into amazing, ground-breaking music.  Guitarist Marsia Anderson had been on my radar at the time of the release of Into The Light, but sometimes new music gets crowded out given the pace of new releases these days.

I'm glad that Joel (@pfcidb) put her back on the page by recording this excellent live show from Beat Kitchen in December, and also has allowed us to share it here.  Hearing her rapport with the audience between songs give the tunes a whole other perspective.  This has already gotten a couple spins, and will send me back to the studio output as well.

The amazing Marisa Anderson came through Beat Kitchen last December opening for the ever-powerful Xylouris White (more on that later). I realize the previous sentence contains a lot of overly-enthusiastic descriptors, but if you’ve seen either then you know I’m not off base in the slightest.

This was my first time seeing Marisa and it turned out I had no clue what I was in for, despite having listened a few of her records (including multiple spins of last year’s excellent Into the Light). Live, every note felt like it had the weight of the world behind it. It helped that each song was introduced at length, cluing the audience in to the impending piece’s context/intent, before pushing the mic away and using her strat to blast cosmic rays of joy directly into our brains.

Download the whole set over at Joel's sweetblahg.  If, as he indicates, Xylouris Late is in the pipeline, we may be in for another treat as well.