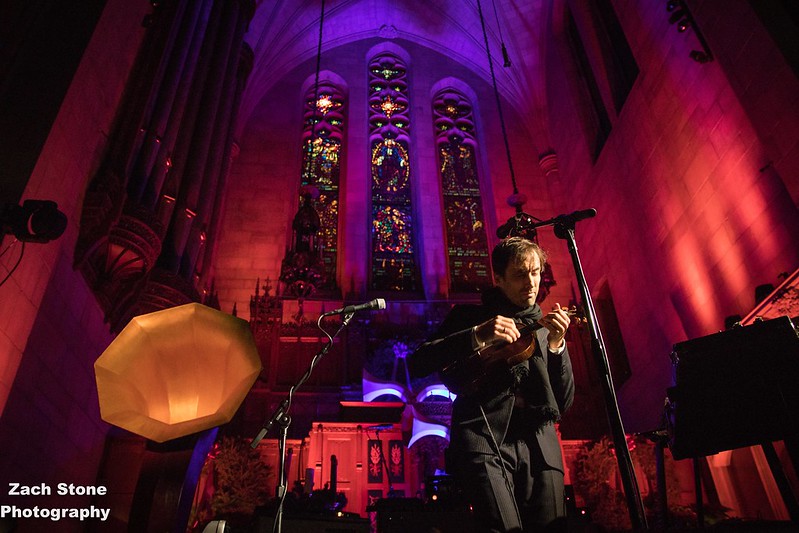 For a number of reasons, Andrew Bird’s Gezelligheid performances at 4th Presbyterian Church have become a holiday tradition for me.

From the gorgeous, decorated church setting on Michigan Avenue to the intimate, warm performances from the native-to-Chicago violinist, the unpredictable setlists, guest musicians and natural sound quality form an unforgettable and unparalleled musical experience.

Monday night’s concert was my eighth Gezelligheid experience since 2010, a light snow falling on the 100-year-old cathedral as fans lineup up early outside. Despite being a seasoned Gazelligheid attendee, I was still left speechless upon entering the magnificent venue, the same breathtaking feeling as my first time, seven years prior.

It’s as though the annual concerts capture the same magical spirit and sense of togetherness that Christmastime ushers in, taking on a nearly religious role in my every December. 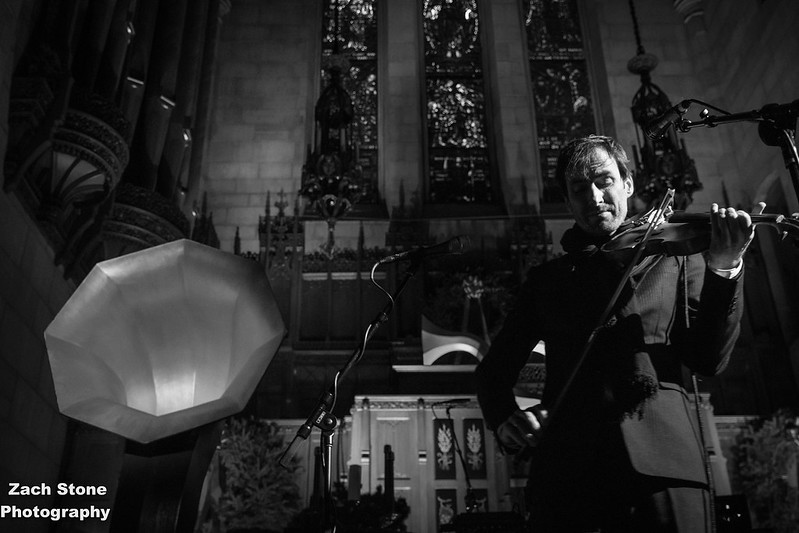 After a short, acoustic set from Louisville folk-singer Joan Shelley, the lights dimmed and Bird took stage, opening, as always, with a spattering of violin notes that soon became a dense instrumental, Bird looping harmonious melodies atop one another, visually lost in deep concentration.

At the end of the song, the audience sat quietly, unsure whether to applaud, mesmerized by the rich sound and extraordinary setting.

Bird then invited frequent collaborator and Prairie Home Companion house bassist Alan Hampton to the stage for the remainder of the set.

“The year has come and gone and I’ve written a few songs since the last time I’ve seen you,” Bird said in a somber tone, referring to 2017 as “a difficult year.”

With Hampton on upright bass, Bird then performed the politically charged new song “Archipeligo,” building the loop-focused track before the audience’s eyes. 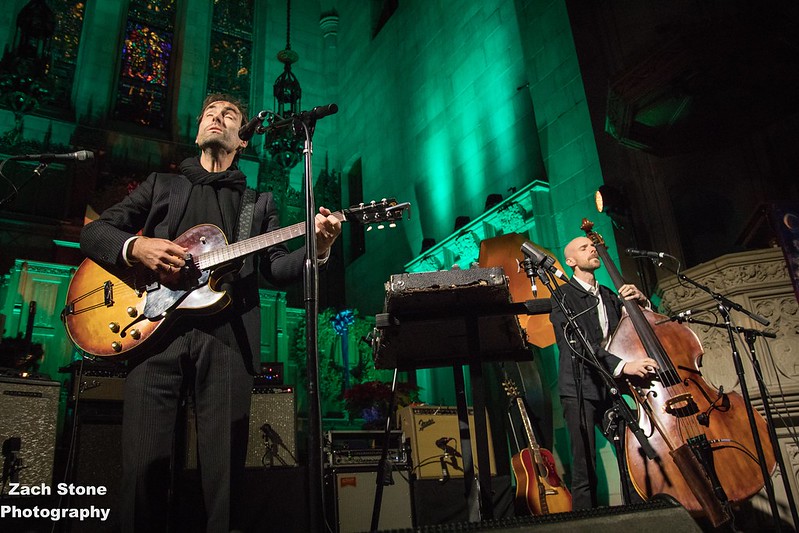 “What if one day we just refused to play - with no one to hate they’d be out of a job,” he sang.

The duo moved onto “Chemical Switches,” a song that saw some of its first performances at the 4th Presbyterian dates in prior years. Paired with “Lusitania,” the songs sounded extremely tight, nailing down the simplistic, folk-rock influences instead of favoring experimentation.

“Roma Fade” proved to be a highlight of the night, impenetrable layers of violin loops creating an otherworldly, cinematic feel as Hampton contributed on acoustic guitar. The song sort of snowballed, each new layer adding to its intensity until the track’s finale.

“That’s pretty hard to do, so it always feels good to back off after that one,” Bird said after.

The next portion of the set featured Bird and Hampton performing unplugged into a single microphone. They began with a song by The Handsome Family, the folk band that might be the singular largest influence on Bird’s music and career. “My Sister’s Tiny Hands,” a story of a brother losing his younger sister to a snake bite and lighting the forest on fire as revenge, was given a goosebump invoking performance, powerful vocal harmonies giving it a traditional feel.

“It seemed appropriate to do this next song,” Bird said. “It’s such rich, old testament hell fire and doom, and having just gotten out of Los Angeles a few days ago with the family… well, you know.”

The unplugged portion of the set ended with “Green Wine,” a combination of English Christmas standard “Greensleeves” and The Handsome Family’s “So Much Wine,” which happens to take place on Christmas day. 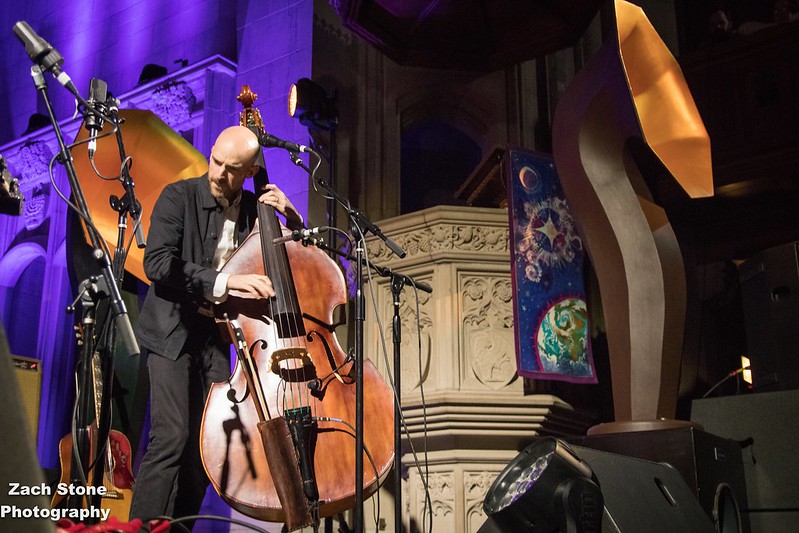 Monday’s set differed from previous years for a number of reasons. Most notably was the focus on newer material, with only one song performed that originated prior to 2009. Secondly were the performances themselves, which favored tight and precise takes on the songs, a folk-rock sound as opposed to longer jams or looped experimentation.

The latter was most notable during “Three White Horses,” a song that has become a staple at the Gezelligheid concerts.

Previous years’ performances featured long, drawn-out endings, Bird looping violin, guitar, vocals, whistling and bells into a sea of loose experimental noise. While this year’s “Horses” still featured a dramatic, looped ending, it was a shorter performance that leaned on electric guitar to give it a rock-focused backbone.

Yet there’s no right or wrong when it comes to Bird’s music, his songs simply evolve over time, if not from night to night, and this is the beauty of seeing him often.

“This one is not even two or three weeks old,” Bird said while introducing the first. 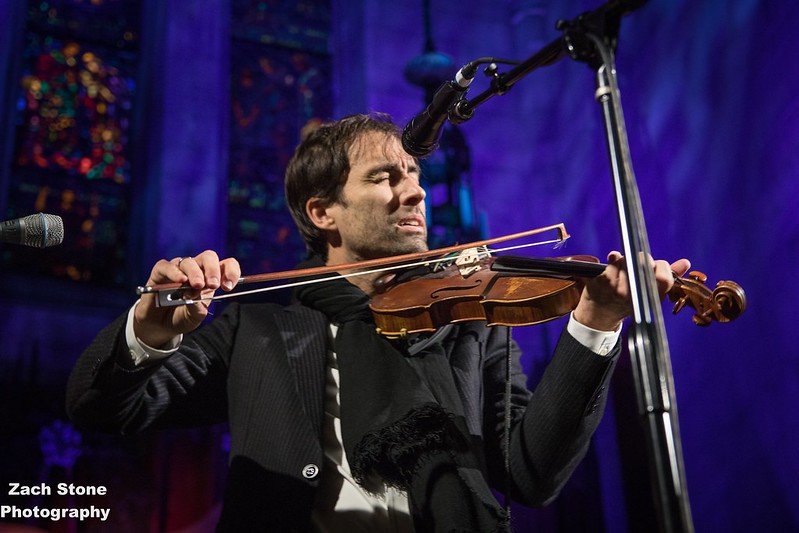 “What I say is true,” the song repeated each chorus, legato violin loops and electric guitar making up the backing. Despite being brand new, the performance was still flawless and confident.

“Bloodless For Now,” a song that Bird has been playing for roughly a year now, followed perfectly. The decidedly dark chord structure was performed in a sharp, jazzy manner on electric guitar, occasionally sounding like Radiohead. Scattered violin runs and bells helped add layers to the spacious track.

“Capsized” and “Pulaski At Night” ended the main set in an upbeat manner, representing the closest thing to hits that Bird has to offer. Though Andrew Bird may not be a ‘rock star’ in many people’s eyes, the explosive energy and infectiousness of these tracks could convince one otherwise.

As is tradition for the Gezelligheid shows, opener Joan Shelley returned to stage for the encore, joining Bird and Hampton unplugged for covers of Neil Young’s “Harvest” and Bob Dylan’s “Oh, Sister,” both of which have become standards in Bird’s repertoire.

Shelley left stage and Bird and Hampton performed a beautiful version of “Danse Caribe,” as though to follow two covers of classics with an original of equal songwriting merit.

Though the standing ovations at the end of these shows now feel somewhat obligatory and predictable, they’re as well-deserved as ever, Bird having managed to once again create the same atmosphere that has me coming back each year.

Check out the setlist and photos below.

12. Greensleeves/So Much Wine (AKA Green Wine) 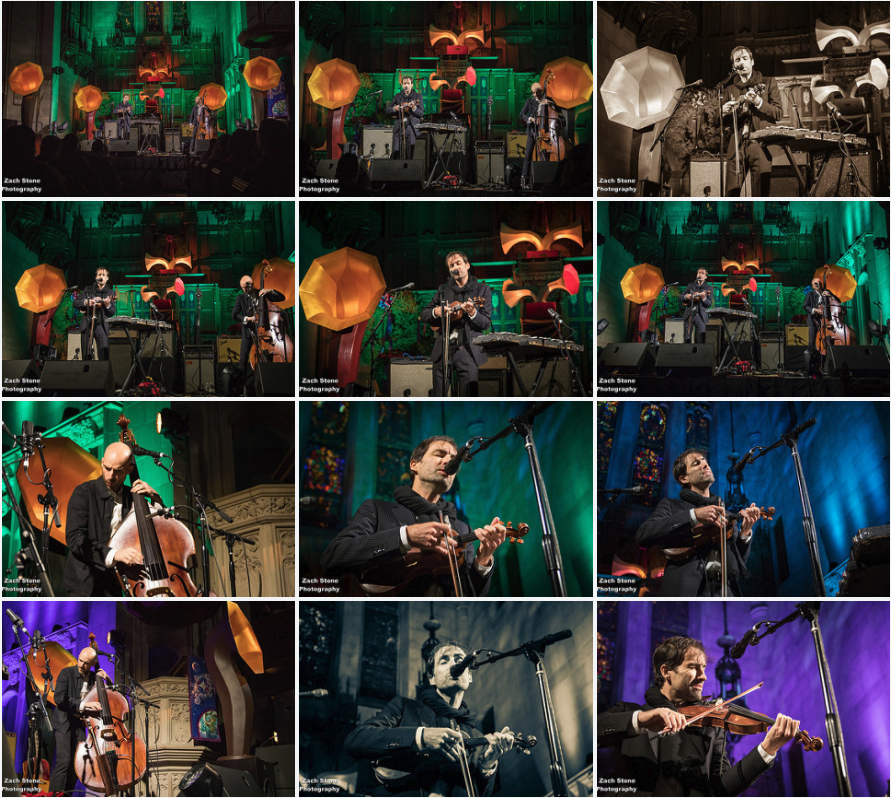