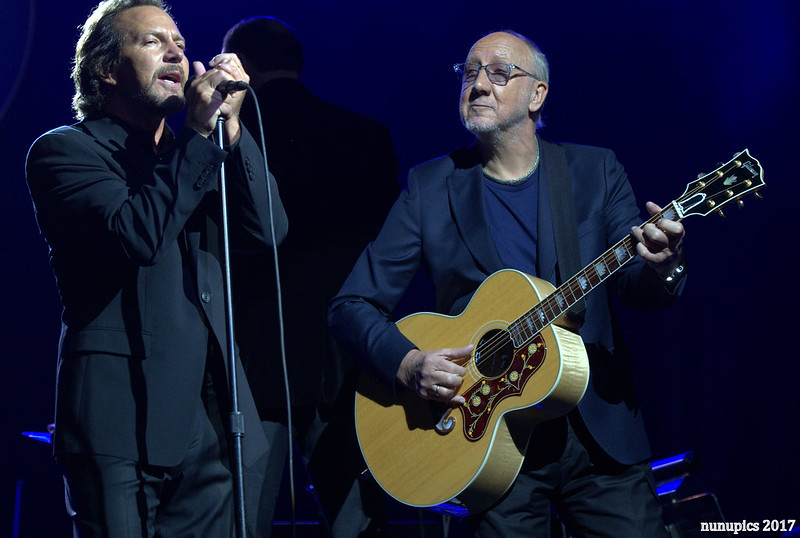 Eddie Vedder grew up admiring The Who's Pete Townshend, and when he'd reached a certain level of notoriety, he leveraged his fame into mutual admiration.

Luckily for us Chicagoans, we've been the host of a few of the pair's collaborations over the years, as the area has been home base for a number of Pete's charity concerts (for a real mind-blower, scroll down and check out our photographer, Nunu, posing with the pair at benefits approximately two decades apart.

This year's event was an expanded version of Pete's Quadrophenia tour, where Vedder joined Billy Idol and Alfie Boe, along with the Chicagoland Pops Orchestra and Chicago Children's Choir for a spectacular romp through the classic Who album.  Proceeds went to benefit Teen Cancer America.

There were dozens of individual musicians onstage, over the course of two theatrical acts -- check out the stage directions. 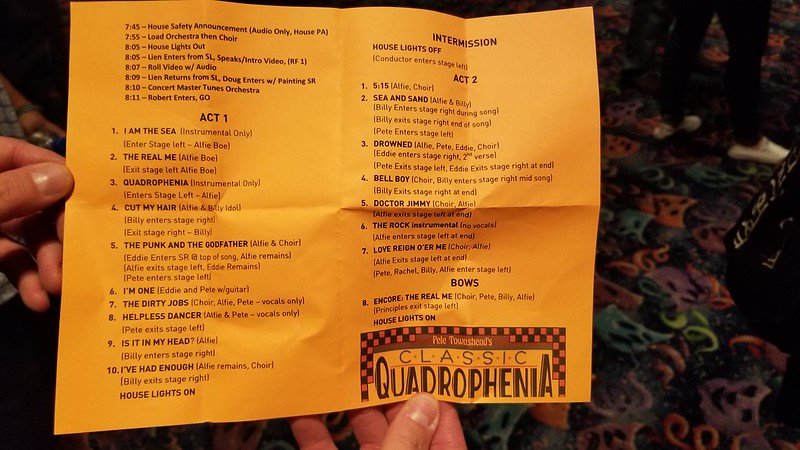 Each featured guest got a chance to shine, including Vedder on "The Punk & The Godfather", "I'm One" and "Drowned". 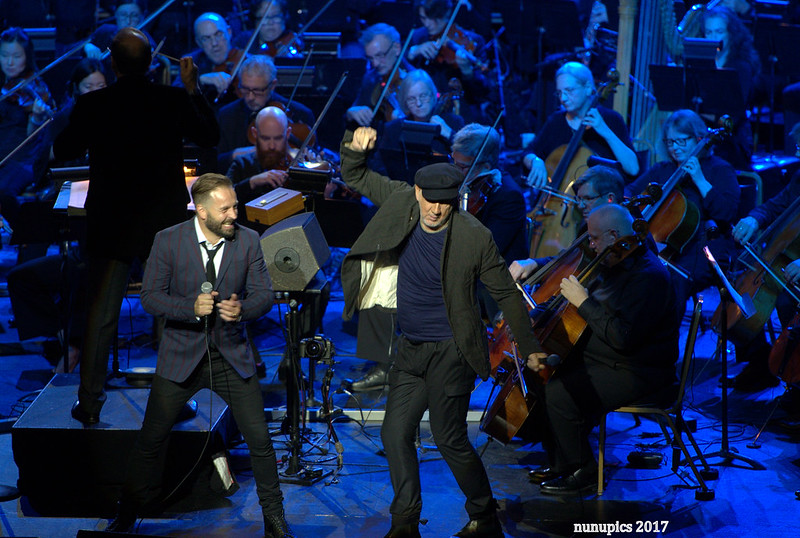 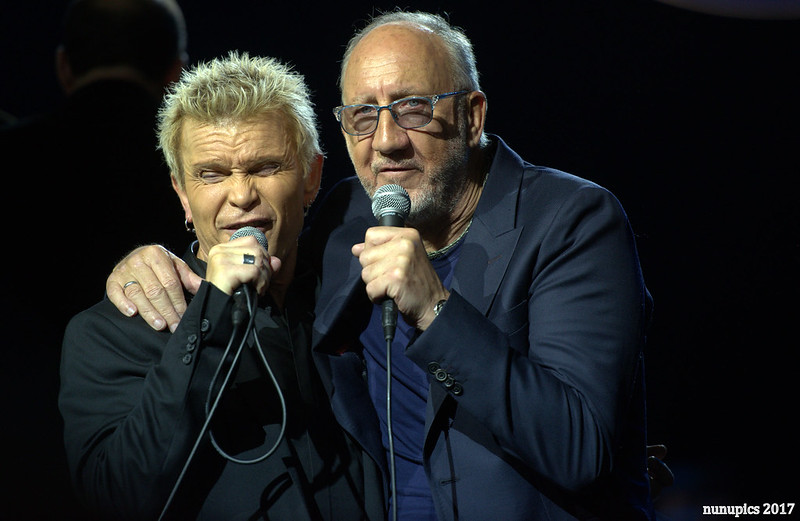 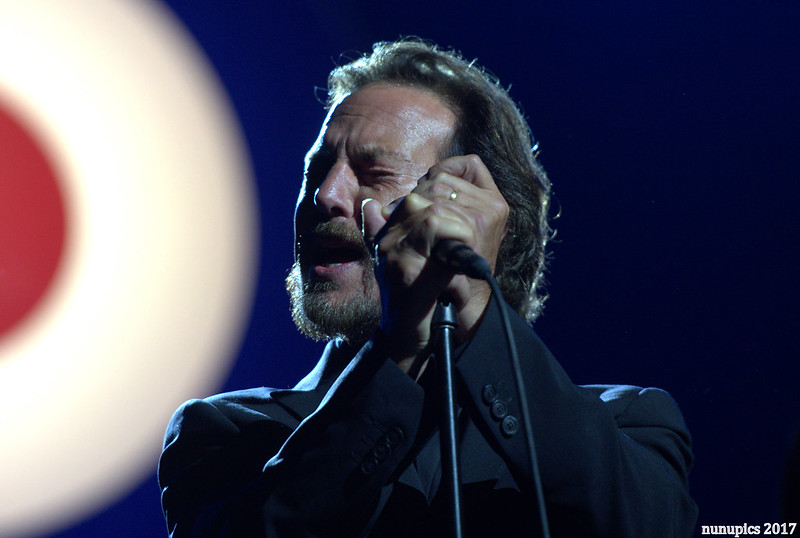 With a full orchestral sound and electric guest performances, it was certainly a counterpoint to Townshend's recent work with The Who.  But in either case, fans will see less of Pete in the next year or so.

The guitarist and songwriter recently announced that he'll be entering a sabbatical period to refresh his working ideas.  Recreations of his older body of work may be shelved for even longer... time will tell.

As for now, this group left the audience with a lot to remember. 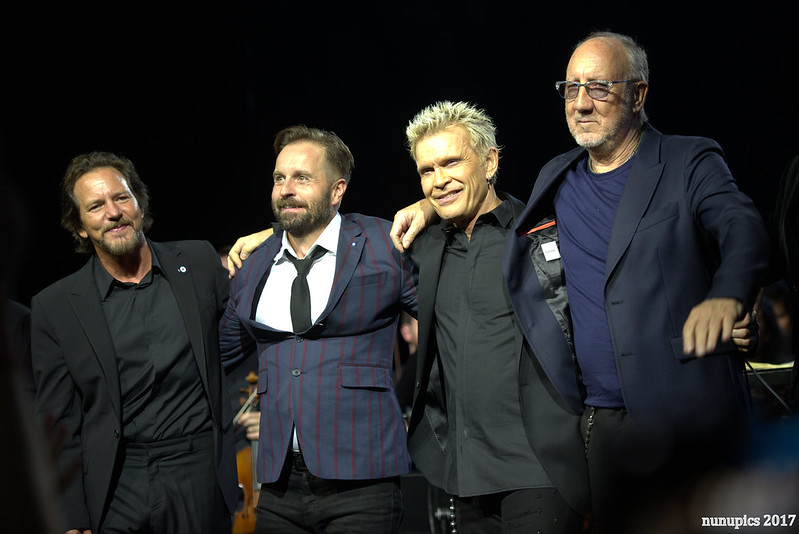 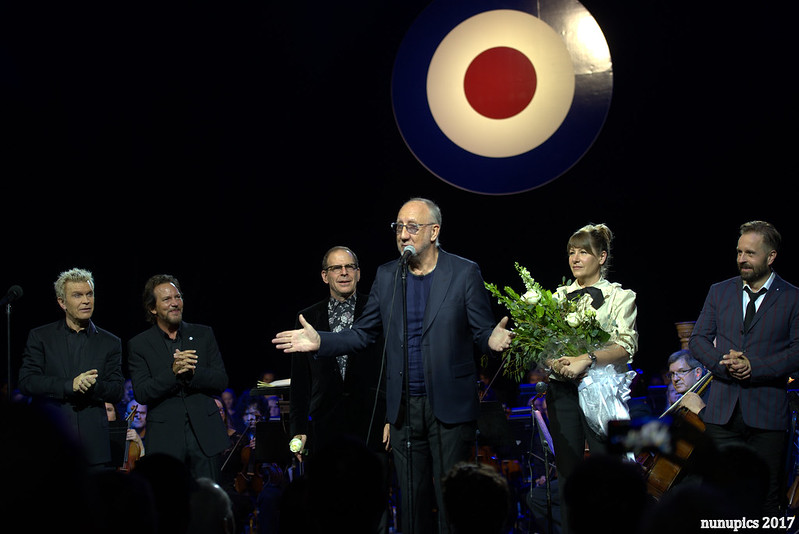 The Real Me via Joel Alpert 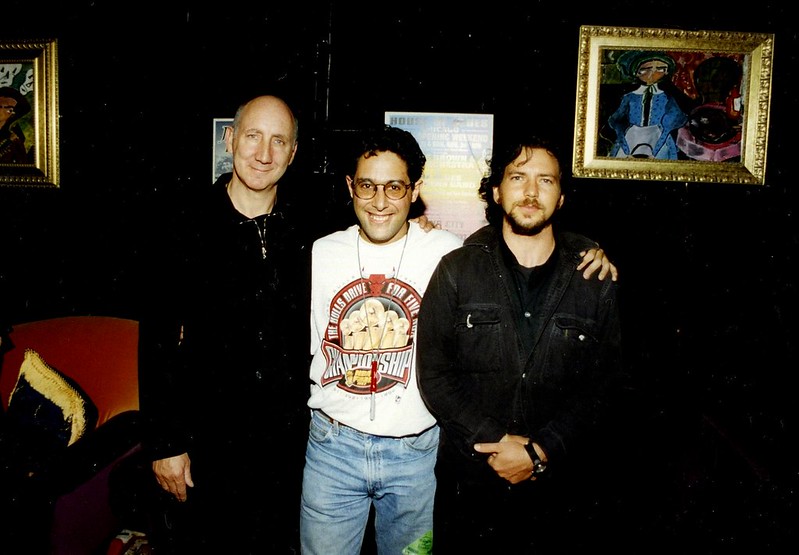 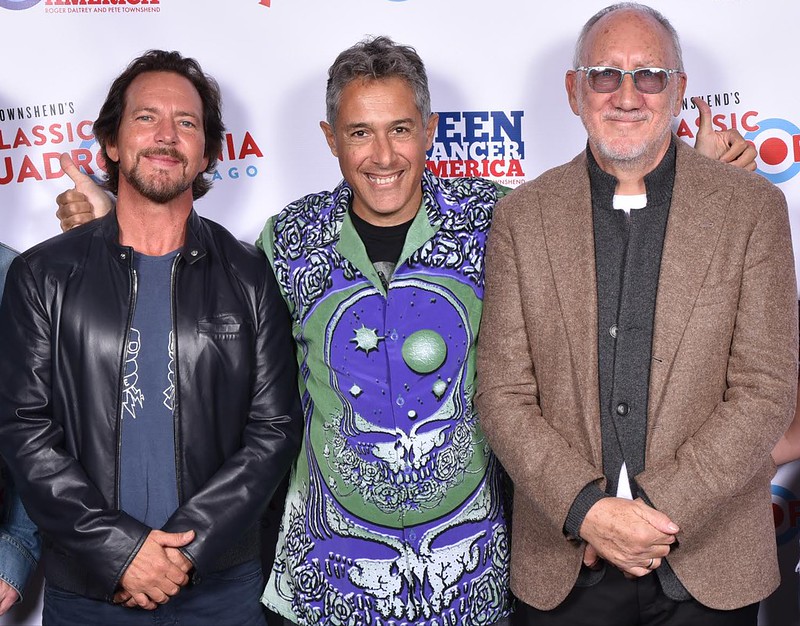