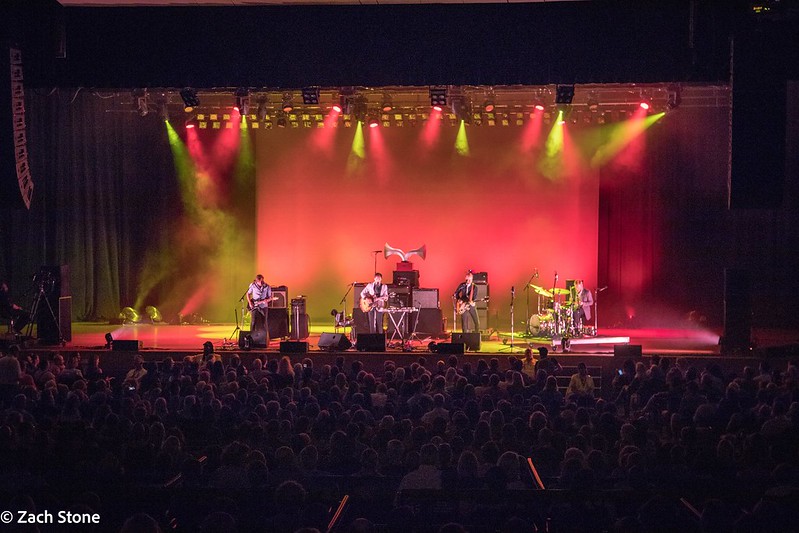 On a beautiful Sunday night, in a park-like setting, Andrew Bird capped an evening of music that brought together a diverse lineup that demonstrated how just how powerful diversity could be in any of its forms.

Bird started his set all by himself, but in the spirit of the night, that didn't limit him to a single voice -- creating a layered sonic canvas by looping multiple violin and guitar lines.  This is paired with his incomparable whistling, and hitting each of those same notes on the glockenspiel. 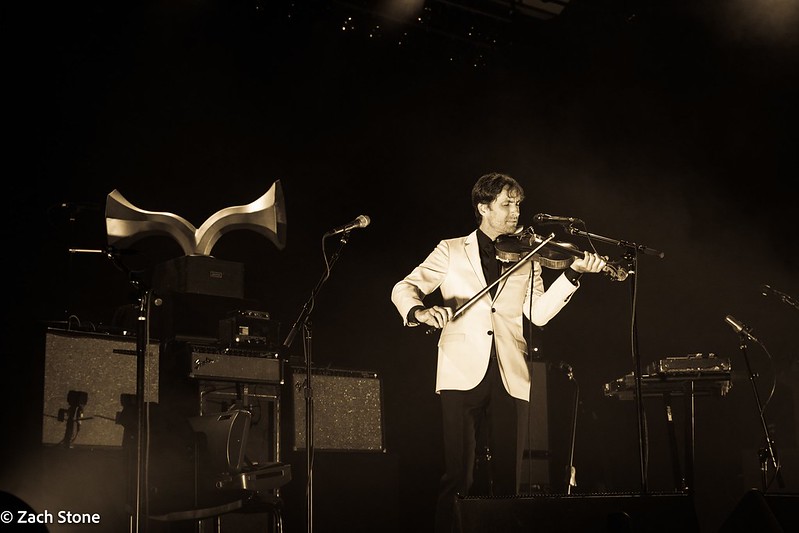 But he doesn't stay solo for long.

His band kicked it off with "Fiery Crash" off of Armchair Apocrypha, which vividly describes a fear of flying.

"A Nervous Tick of Motion" was up next, Bird acted out sudden hear jerks to the left as the lyrics suggest. Bounding between material from a bunch of releases without much bias gave the show a fan-oriented, retrospective flavor.

As they hit "Why", originally recorded as a part of Andrew Bird's Bowl of Fire prior to his official "solo" career, the way the band seemed to be invested in each other's success seemed to hit full steam, previous versions that I have witnessed had been solo affairs.

After pulling out "Roma Fade" my personal favorite track from his most recent record release Are You Serious?, Andrew exclaimed they were going to play a few songs "without electronics" and his bassist and electric guitar player traded their axes for acoustic versions and huddled up close to Andrew to get picked up by his microphone, the drummer staying on the kit.

They played a few songs during the acoustic part of the show including recent fan favorites like "Give it Away" and "Three White Horses" and a cover of The Handsome Family's "My Sister's Tiny Hands".

But it was back in the electric formation that provided a counter-punch to the acoustic segment.  They energy was off-the-charts during performances of "Valley of the Young" and "Pulaski at Night",  the latter paying homage to his hometown of Chicago, "city of lights". It also included a substantive violin and drum breakdown that must be a recent addition to its live performances.

Bird concluded his set with "Darkmatter", prompting a standing ovation.  Little did the crowd know what treats their command encore would have in store.

Andrew and the band returned on stage with Esperanza Spalding who played upright bass and joined Andrew in singing "Caravan", the Duke Ellington standard.

Spaulding left the stage and Bird concluded the set with "Tables & Chairs" an apocalyptic song which featured a brand new written chorus that I have not previously heard live. 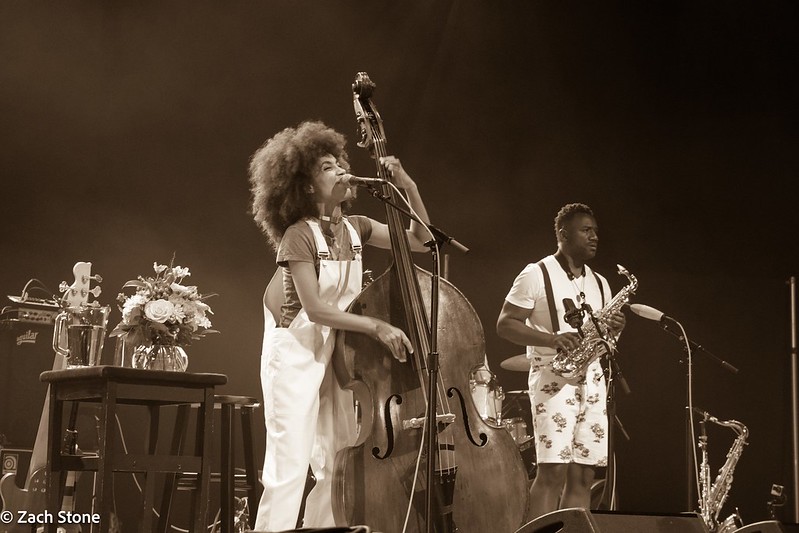 As a four time Grammy winner, Esperanza Spalding provided a boost to that encore, but was also set up as a great complement to Bird with her own set and she and her band impressed accordingly.

As a Bird veteran, but s Spaulding first-timer, I was impressed with her proficiency on both upright and electric bass, and the range and spectacular manipulation of her singing voice 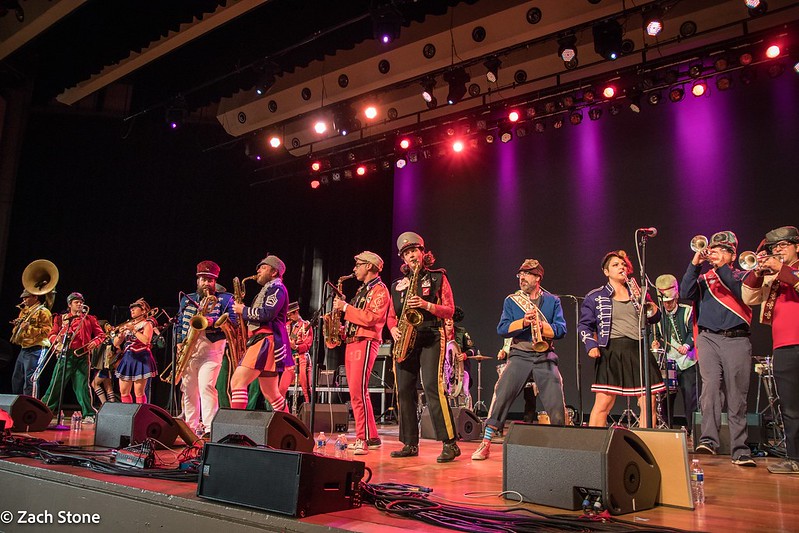 Mucca Pazza started off the night, packing the stage with musicians and a dazzling array of theatrics.

In this mix, you've got to be a bit of everything to stand out.  Mucca Pazza delivered.

Check out the setlists below, and a gallery of dozens of incredible photos as well!