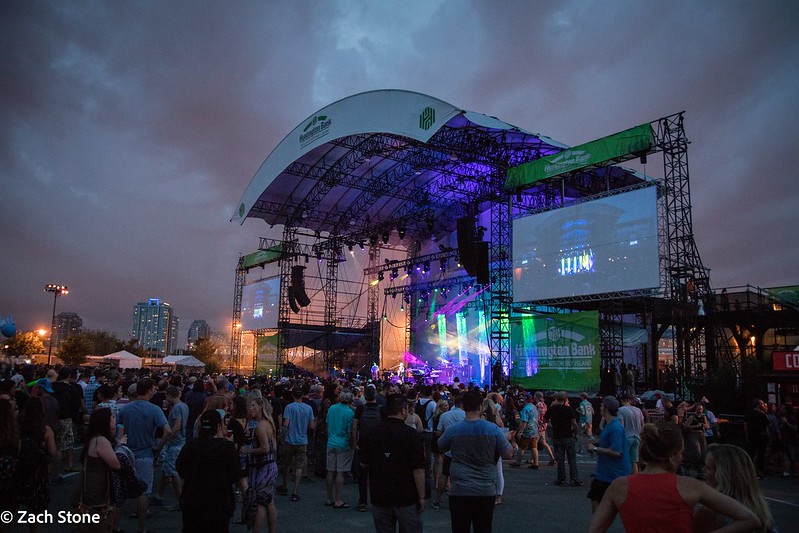 Last weekend, Phish fans were graced with near perfect weather at Northerly Island.

A good thing, too, as many in attendance will surely remember their weather-impacted inaugural run in 2013. 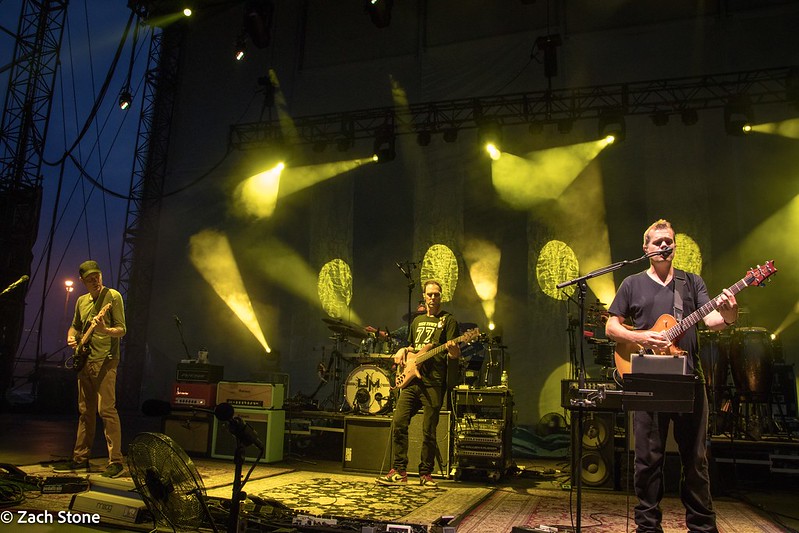 So forgive the flashbacks if some of the same folks also made it out to see Umphrey's McGee on the big stage last night.  When storms hit at the semi-temporary, outdoor venue, there's literally nowhere to go, and thus frustrated attendees were sent home in the middle of last night's set, with the promise of an eventual reschedule.

While the show was already delayed by a first round of storm cells, scheduled opener Pigeons Playing Ping Pong did get a chance to perform, before UM's ultimately aborted set. 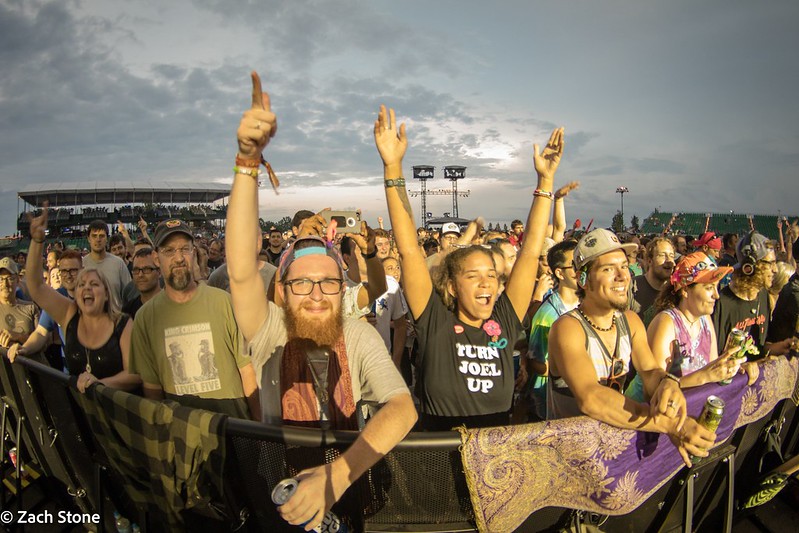 A shame, because as these photos show, the lakefront location and enormous performance space is well-suited to the Umphrey's huge sound and light spectacular.

Just under an hour of music is probably not enough to satisfy most Chicago fans, so we look forward to see what comes next.  Stay tuned. 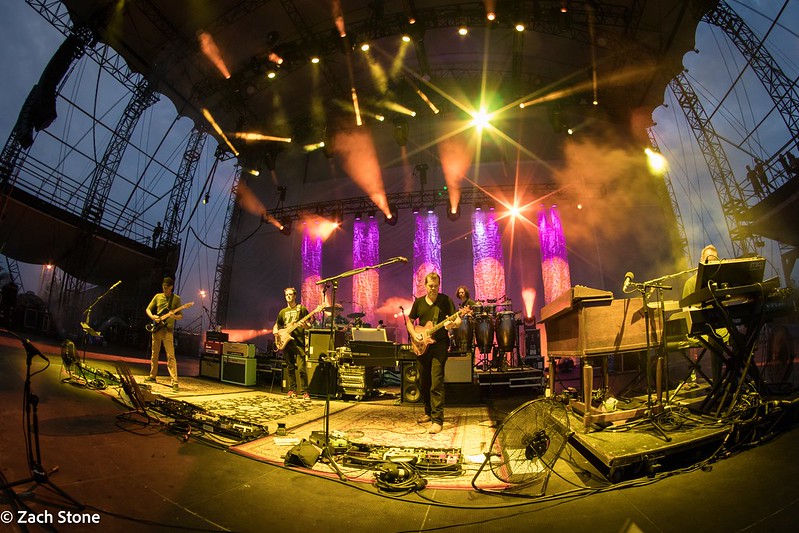 Set One: There’s No Crying In Mexico > All In Time, Speak Up, Preamble > Mantis* > Cut The Cable, The Linear

* – with Stairway to Heaven tease