Leave it to our pals over at Cracked to not only put Pink Floyd in their satirical cross-hairs, but also embellish their skewering with a couple of charts that gently poke fun at the band's appeal, and its own idiosyncrasies.

First up, is a Venn diagram that puts Floyd at the pharmacological center of several overlapping constituencies, which might explain its universality amongst many fans of such a wide variety of  music. 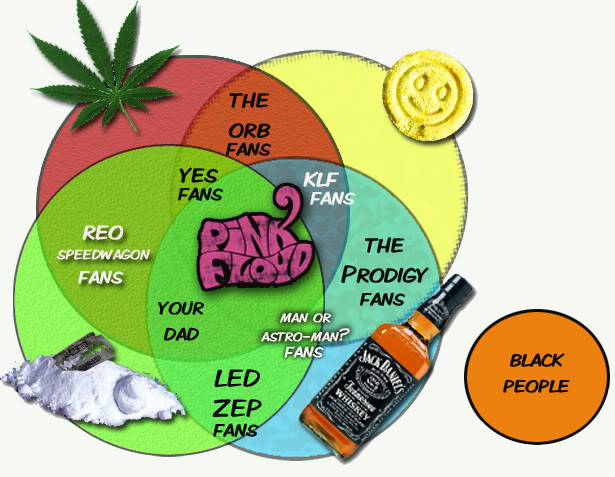 I guess you don't get to be Pink Floyd by being normal, or particularly delicate.  Cracked also picks some landmark quotes from each band-member and organizes them visually in this chart. 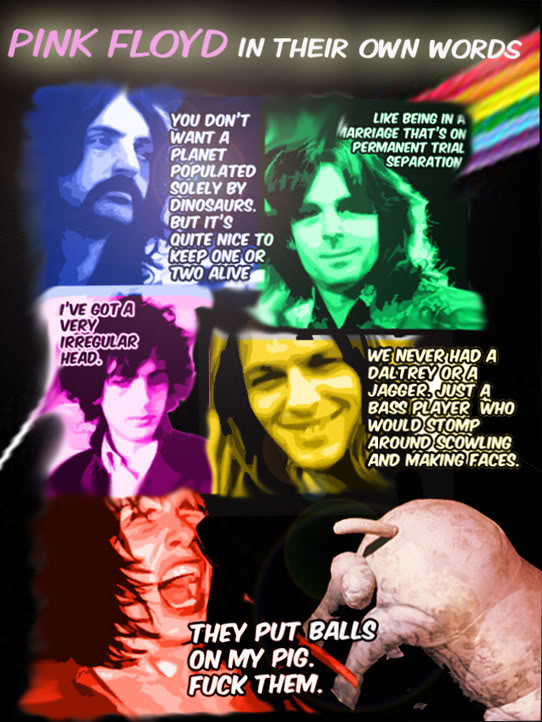 But it's not just charts, the accompanying prose also provides some delightful bon mots at the band and its fans.  Here's some choice quotes from the rambling (and apparently unfinished) piece that accompanies these charts:

their distinctive music has proved enduringly popular with three generations of nerds, geeks, trogs and weirdoes

Check out the whole (?) article at cracked.com for more of the same.

I leave you with another fun chart / comic.  This one is science related, by the quintessential nerd webcomic XKCD.com. 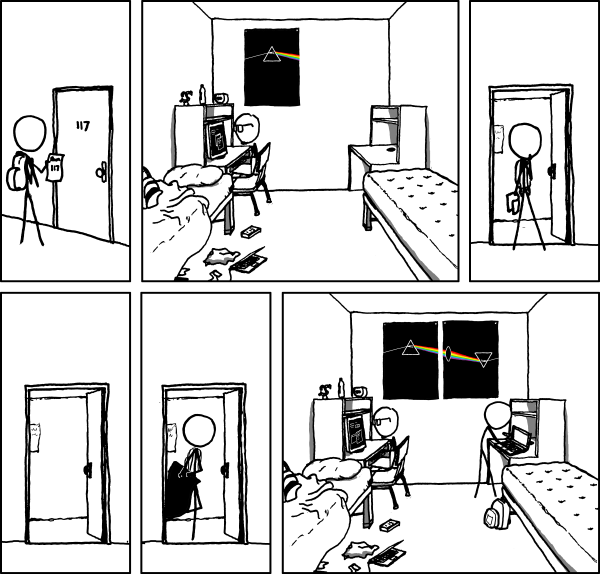 I can't explain it, but it's pretty cool and probably really funny to someone.