In August 2013, I started to publish playlists based on a local radio show called Notes From The Jazz Underground. Since then, we've featured 13 playlists, which run the spectrum from theme sets celebrating particular styles or artists, to collections that simply spring forth from the mind of their creator: Chicago musician and radio programmer Paul Abella.

It's been a bit of a jazz education for me and served as a way to bust out any "fallback" listening habits I may have developed.  I've ended up learning so much about local artists, fusion and especially that lunatic fringe where jazz collides which rock, metal, punk, hip-hop, spoken word and just about anything else. I've also learned that while blogs can take a break every now and then, THE RADIO NEVER STOPS.

That said... I've fallen behind. To continue to do justice to this series and in the spirit of catching up, The Barn is dedicating this whole week to jazz.  We'll publish one or two NFTJU playlists per day, and sprinkle in a few more jazz-related posts, that span Chicago Jazz past, present and future, over the course of the week.

So keep it here all week. We'll update this post with links to all the material.

Infographic: The Periodic Table of Jazz

The Best Jazz Venues In Chicago

An All New Jazz Underground - Playlist from 11/15

John Scofield Lives In The Jazz Underground - Playlist from 12/27 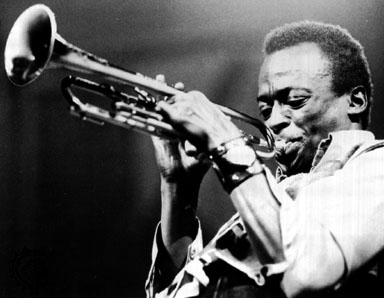