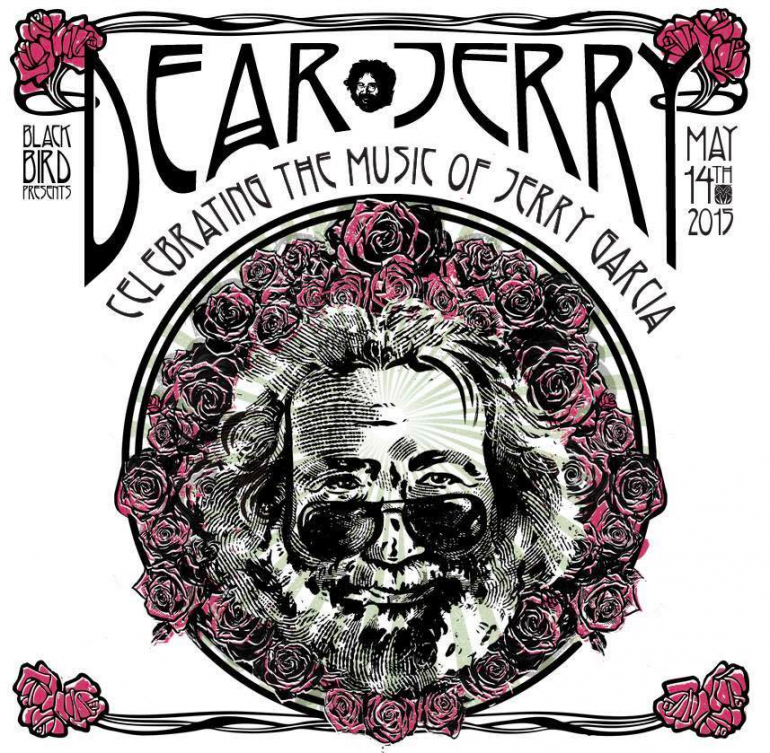 The 50th Anniversary of Grateful Dead unofficially kicks off tonight with a tribute to Jerry Garcia in Maryland.  All of the "core four" GD members will be there with various outfits (and let's be honest, probably be on stage together for at least one song), as well as FTW band-member Bruce Hornsby.  The rest of the lineup is a who's who of the jam scene peppered with some other notables and Barn favorites like Widespread Panic, Greensky Bluegrass.

We've become accustomed to have access to live streams of events like this (the Fare Thee Well series will all have a pay per view webcast). For this, I guess we'll have to settle for a possible audience stream -- which is entirely dependent on availability and strength of wireless connection and the ensuring such activity is "allowed" by the promoters and venue staff.

In any case, try to tune in at 7 ET at any of the following links to see what's going down.  Please be forgiving as these are just fans like you trying to do their best.

Allen Toussaint
Get Out Of My Life Woman

Jimmy Cliff
The Harder The Come

Disco Biscuits (with Billy)
Scarlet Begonias > I Know You Rider