Never did I expect the two to meet so impressively.  But apparently, Mario Fabrio, a Lego builder, who posts at Lego fan site MOC Pages, has fused two together in expert fashion.  From the behind the scenes set up, to a full band and all of the gear, and even the little details -- everything is included brick by brick in this recreation. 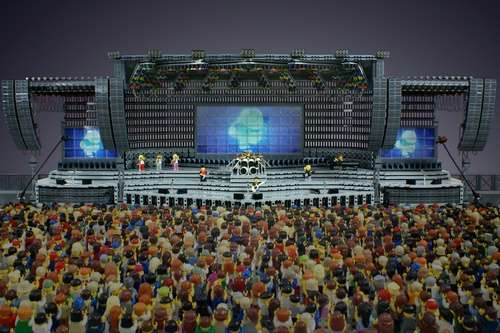 The stage has built in hydraulics so the musicians can make dramatic entrances... 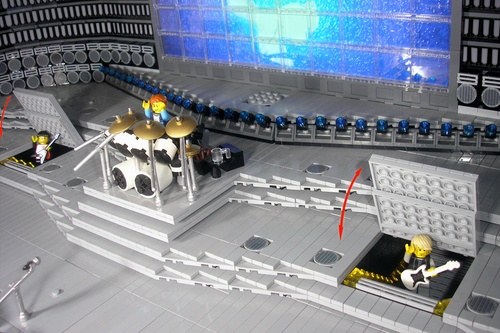 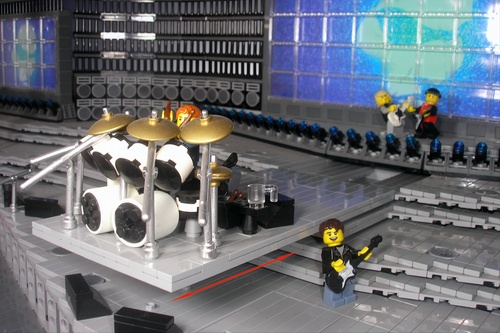 Pretty nice keyboard rig, but disappointed that there's no organ... or theremin. 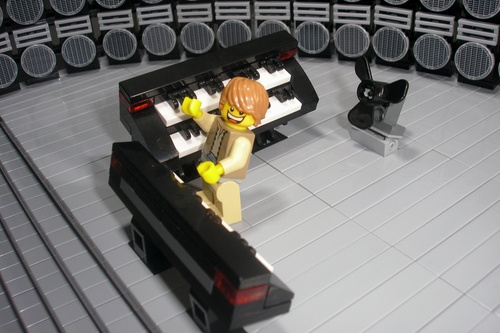 The backup singers are looking good. 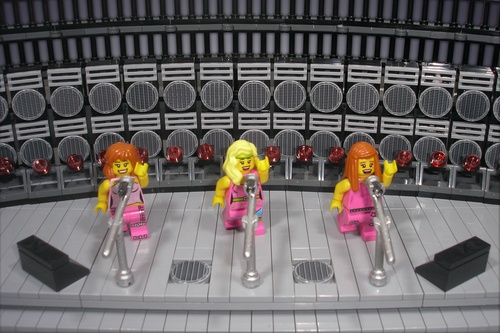 Even the technical crew and their gear make an appearance... 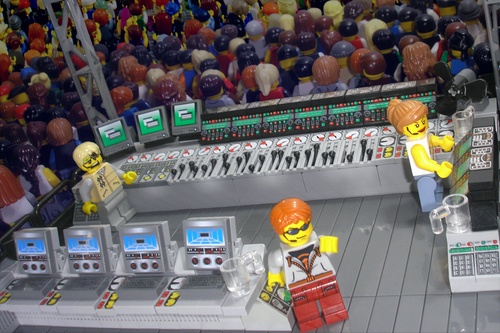 Here's the entire thing presented on a table -- the back of the stage even has some of the sytling of a modern arena facade. 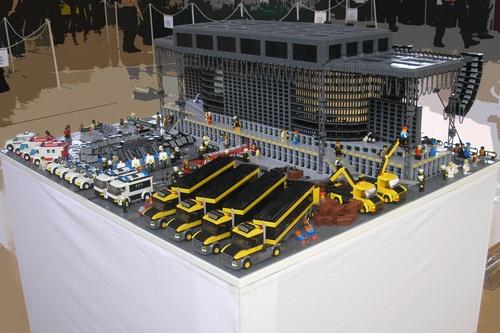 The full gallery is below, including the red carpet, trucks for hauling the band and gear cross country, security and more... 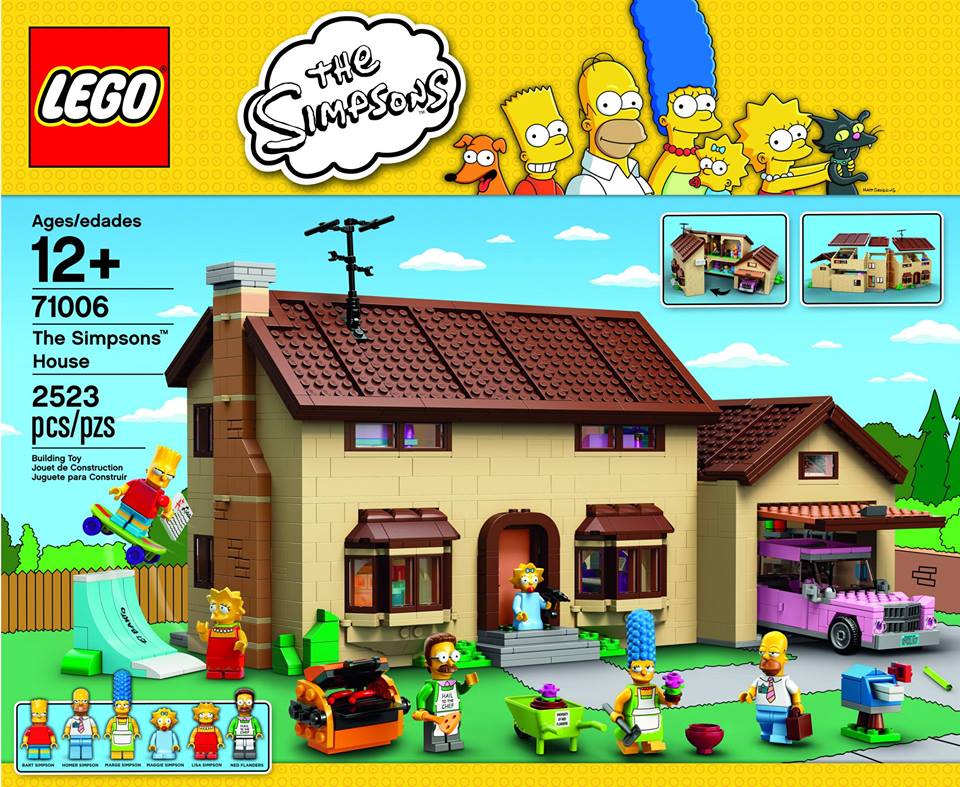 Jan 10, 2014 The Lego Simpsons House: A View Inside and Behind The Scenes 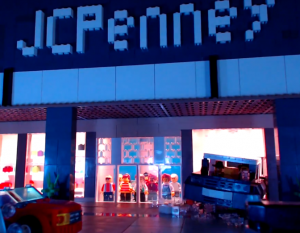 Dec 5, 2013 Side By Side: The Blues Brothers Mall Chase, Real and Lego Versions 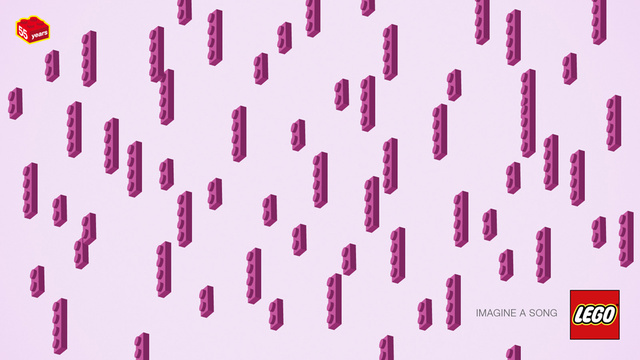